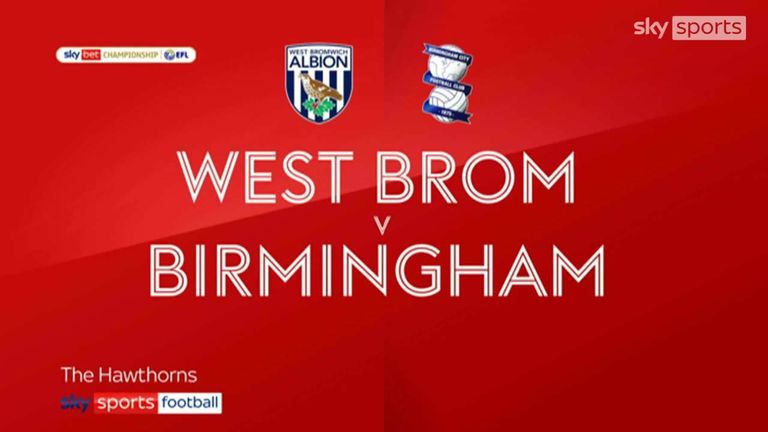 West Brom regained top spot in the Sky Bet Championship as they struck late to see off Birmingham 1-0 in the west Midlands derby.

Valerien Ismael's men were frustrated for long periods at The Hawthorns, but Karlan Grant's late goal - his fourth in as many games - was enough for the Baggies to get back to winning ways.

Despite an encouraging performance from the Blues, they stay 16th in the table, after a fifth loss in six games.

Though played at a decent tempo, the first half was a largely scrappy affair. Callum Robinson - riding a wave of confidence after scoring five goals in two games for the Republic of Ireland - had an early shot blocked, while the lively Conor Townsend had a powerful effort from distance tipped over by Blues goalkeeper Matija Sarkic.

Townsend was then called into action in his own box, shepherding the ball away from Tahith Chong, who had rampaged forward on the counter, at the expense of a corner, which almost brought the opener, when Kristian Pedersen's thunderous shot was inadvertently blocked by team-mate Gary Gardner.

Not for the first time this season, West Brom found it challenging to create anything of note thereafter. Grant rescued possession after a wayward Matt Phillips cross and blazed over, while at the other end, Lukas Jutkiewicz flicked a header inches wide of the right-hand upright.

The second half continued in a similar vein but, with 64 minutes on the clock, Birmingham almost nudged in front when Scott Hogan's neat flick gave Ivan Sunjic space to fire a shot that skidded off the top of the crossbar and behind.

Within minutes, the hosts scored what proved to be the winner. Shortly after, Gardner put his neck on the line to divert a cross away from Grant in the box, he afforded the forward space to take aim from 20 yards and squeeze a shot beyond the reach of Sarkic.

And in stoppage time, they were denied a second when Sarkic made a superb save to deny Kyle Bartley from point-blank range.

Man of the match - Conor Townsend

The defender was the standout performer for the Baggies on Friday night, proving to be their best attacking outlet from the get-go.

His deliveries from the left caused plenty of panic early on and he was unfortunate not to have a goal of his own during the first half, though coming away with a clean sheet will no doubt carry as much value for the 28-year-old. 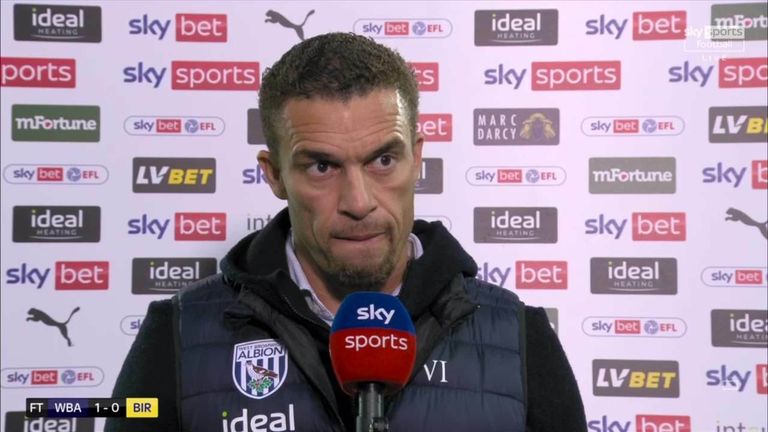 West Brom's Valerien Ismael: "It was a difficult game. As I said before the game, you have to understand that Birmingham conceded 12 goals in the last five games and it was clear that they came in just to have the clean sheet, to waste time, to create frustration.

"I told the guys at half time to stay calm and stick to the game plan because we have the quality to score at any time. Tonight it worked exactly the same; we got the breakthrough and got what we wanted." 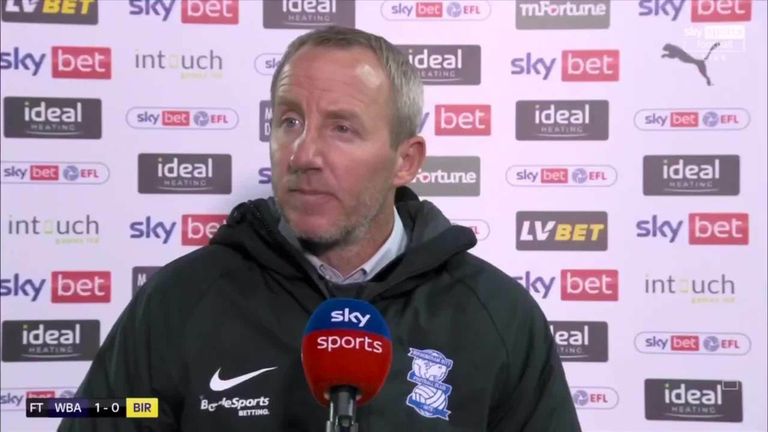 Lee Bowyer was frustrated after his Birmingham City side failed to gain at least a point once again. The Blues wasted some key chances during their 1-0 loss to West Brom

Birmingham's Lee Bowyer: "I just feel like I'm saying the same things; with our performance, we deserved more from the game. We have come away from home against a side who have just come down from the Premier League and we have pushed them all the way.

"If anything, on chances, I'd say we had the better chances through the night but, again, we just lacked that little bit of quality."

Both sides are back in action at 7.45pm on Wednesday, October 20. West Brom travel to south Wales to face Swansea, while Birmingham face Huddersfield at the John Smith's Stadium. Both matches will be live across Sky Sports.