West Brom 1-1 Watford: Ismaila Sarr scores from own half and misses penalty in entertaining draw at the Hawthorns 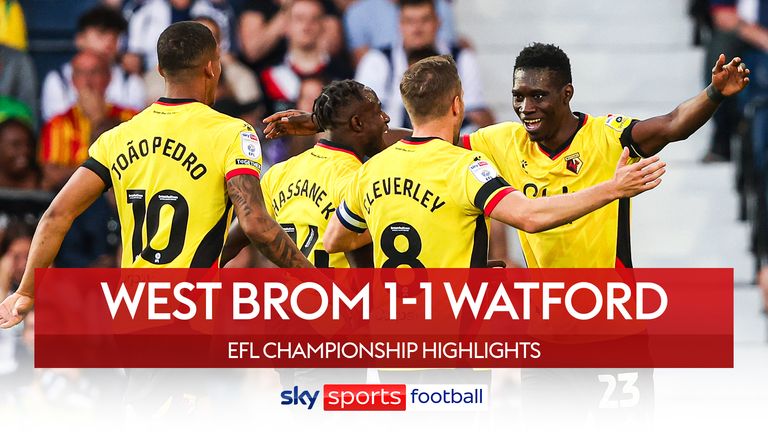 Ismaila Sarr scored an early contender for Championship goal of the season as Watford played out an entertaining 1-1 draw with fellow promotion hopefuls West Brom at the Hawthorns.

The Baggies struck through Karlan Grant, who netted a deserved leveller in first-half stoppage time, before Sarr missed the opportunity to clinch a second victory of the season for Rob Edwards's side from the penalty spot.

A moment of inspiration from Sarr illuminated a game that the home side dominated, firing Watford ahead against the run of play, with Daniel Bachmann's trio of astounding saves immediately upstaged by the brilliance of the game's opening goal. 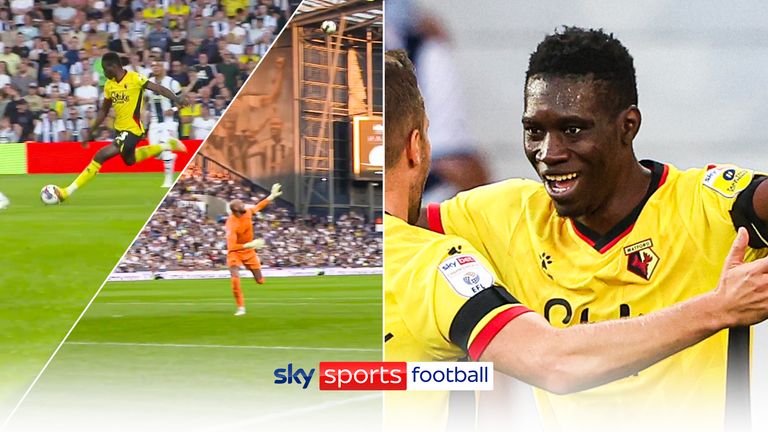 Watford's Ismaila Sarr produced a magical moment for the Hornets as he scored from inside his own half to give them a 1-0 lead over West Brom.

Bachmann thwarted Darnell Furlong and Grant in quick succession, before also denying John Swift from close range, but there was nothing opposite number David Button could do with Sarr's effort from two yards inside his own half.

A strike brimming with quality and invention - reminiscent of David Beckham's goal against Wimbledon in 1996 and Wayne Rooney's at West Ham in 2014 - as the Senegalese international spotted Button imprudently off his line and proceeded to lift the ball over him in the 12th minute.

Grant then atoned for his earlier miss when latching onto Grady Diangana's defence-splitting pass, pulling the ball down with admirable composure before firing beyond the grasp of Bachmann to level proceedings two minutes prior to the break. 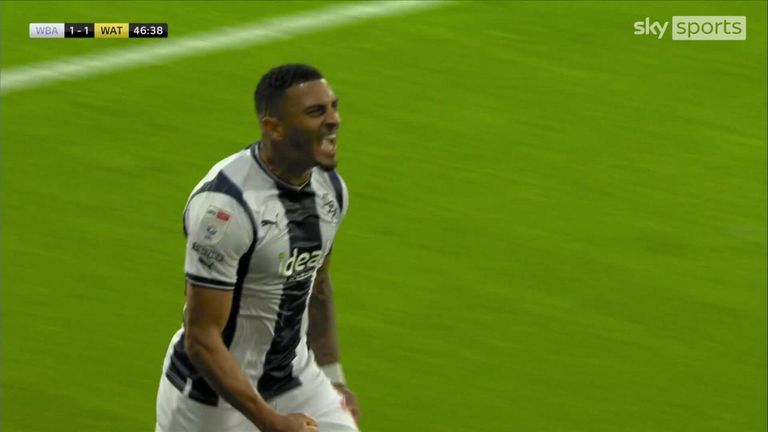 West Brom finally convert one of their chances as Karlan Grant finishes off a lovely pass by Grady Diangana to draw the Baggies level against Watford.

The game once again turned in Watford's favour midway through the second period, as Semi Ajayi clumsily challenged Sarr inside the box at the cost of a penalty kick. But the striker, in stark contrast to his breathtaking first-half contribution, side-footed a tame effort towards goal from 12 yards which was easily rebuffed by Button in the 73rd minute.

Man of the match - Jed Wallace 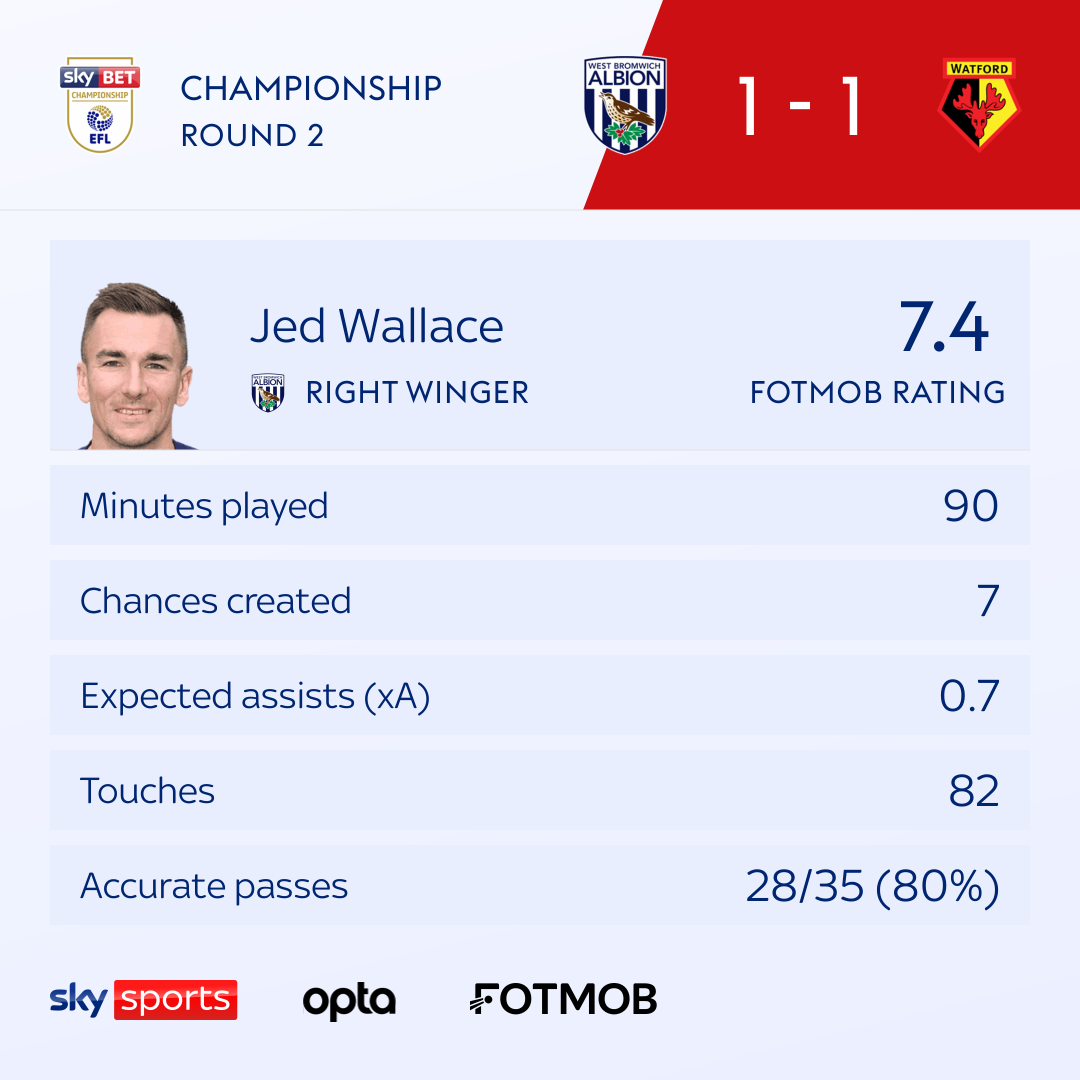 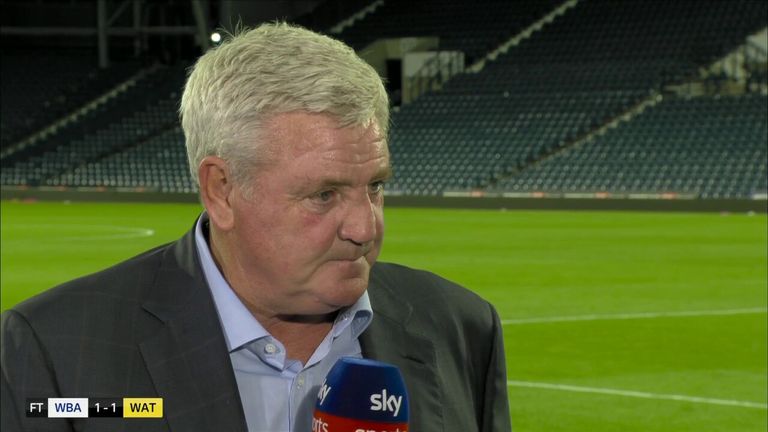 Steve Bruce was impressed with his West Brom sides performance but was gutted they couldn't defeat Watford as the Baggies wasted a handful of chances.

West Brom's Steve Bruce: "The most important thing is your performance and what you are looking for, especially early in the season, in terms of fitness levels and how you are trying to play. I couldn't have wished for a better performance from them. I thought they were excellent from the start to the finish.

"Sometimes in football you don't get what you deserve, but the performance is the most important thing for me because it was very, very good." 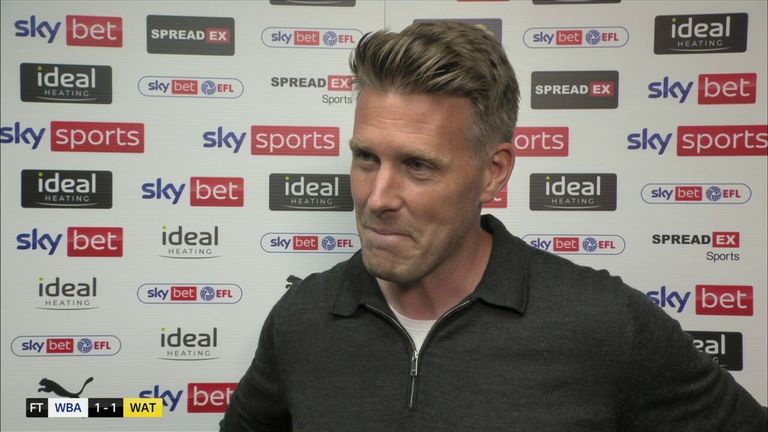 Rob Edwards reflects on Watford's 1-1 draw with West Brom and believes the Baggies were by far the better side, but Edwards was proud of the Hornets' fight and resilience.

Watford's Rob Edwards: "I can't say I enjoyed it! What I enjoyed was the fight and the heart that we showed, especially in that second half - probably for 90 minutes, really. It wasn't our night with the ball; I want to give West Brom credit as they were clearly the better team tonight.

"We couldn't get any rhythm, we couldn't keep the ball for long enough, we weren't able to press very well and we adjusted not once but twice. But what I'm proud of is the fight, spirit and togetherness we showed. I thought we earned the luck to get a point at a really difficult place."

West Brom welcome Sheffield United to The Hawthorns in the Carabao Cup first round at 8pm on Thursday August 11, while Watford host Burnley in the Sky Bet Championship at 8pm the following evening, live on Sky Sports Football.