Free match highlights and report as Brighton secure their third win of the Premier League season thanks to a late strike from Leandro Trossard; victory moves the Seagulls into fourth in the table while Brentford suffer their first loss of the season 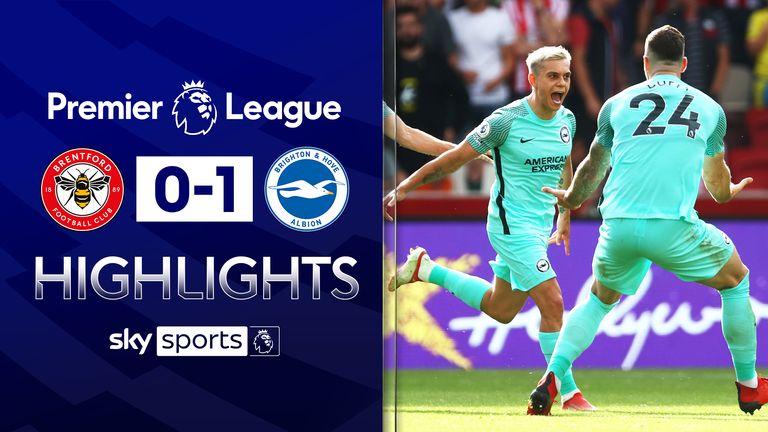 With an evenly-contested game seemingly heading for a stalemate, Trossard fired in a low shot from the edge of the box to give Brighton their third win of the season.

That was only Brighton's second effort on target after Danny Welbeck had been denied by David Raya early on.

Ivan Toney and Bryan Mbeumo had gone closest for Brentford in the first half but neither tested goalkeeper Robert Sanchez.

The result sees Brighton move up into fourth in the table while Brentford are 10th.

Man of the match: Leandro Trossard

After both making encouraging starts to the season, it seemed like Brentford and Brighton were set to cancel each other out as they both lacked a cutting edge around the box.

Welbeck had the first opening of the game when he was played through and hit a weak shot that Raya got down to save comfortably.

Shandon Baptiste made his first start of the season for Brentford in place of Samman Ghoddos. Baptiste's substitute appearance against Villa last time out was his first competitive outing in 11 months following knee surgery. Brighton made three changes, including giving a debut to summer signing Marc Cucurella. Joel Veltman and Danny Welbeck also started, with Alexis Mac Allister and Jakub Moder dropping to the bench and Pascal Gross and Enock Mwepu out of the squad as they are self-isolating.

From then on it was Brentford who had the better of the first half, with Toney going close with an audacious first-time lob from 40 yards that just went over the bar.

Mbeumo missed the target from a good position in the area and then shot wide from outside the box.

An injury to Adam Webster disrupted the flow of the game but Brentford had chances just before the break as Mbeumo fired narrowly past the post and Vitaly Janelt shot at Sanchez.

There was little action of note in the second half and the game looked to be heading for a stalemate until Brighton made the breakthrough.

Substitute Alexis Mac Allister carried in from the left and passed to the edge of the box for Trossard, who found the bottom corner with a fine strike that decided the game.

Brentford boss Thomas Frank: "I think that's a very good example of the Premier League, we played an extremely tight game for 75 minutes, I felt we were slightly on top in terms of creating a bit more. The last 15 minutes Brighton got a bit more on top without being dangerous, then the goal in the 90th minute. That's football. The performance again was solid, we looked very strong defensively again and we need to work on the actions in the offensive side of the game." 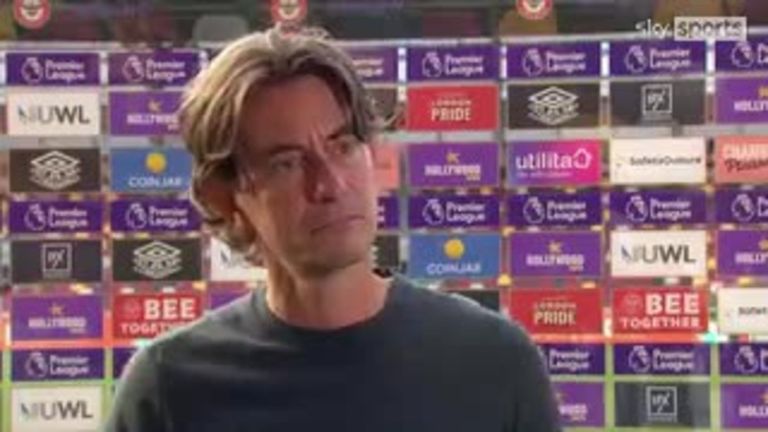 Brentford boss Thomas Frank feels his side did enough to warrant at least a draw out of their game with Brighton after they lost 1-0 late on.

Brighton boss Graham Potter: "I thought it was heading for 0-0, I felt we were on top at that point even though they were always in the game as well. We pushed and pushed and tried to control things better, we did that and it's a great goal from Leo, a great individual piece of skill. That's all down to the player, it makes the difference, it's the fine margins in the Premier League that can sometimes go for you and sometimes go against you." 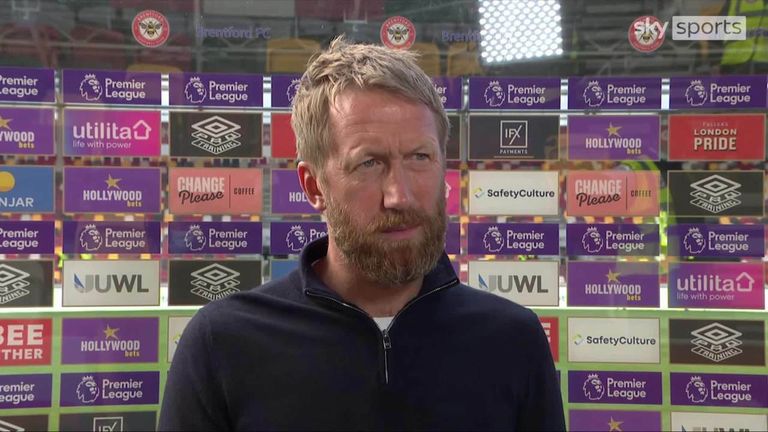 Brentford face a trip to Wolves in the 12.30pm slot next Saturday before hosting League Two Oldham in the third round of the Carabao Cup on Tuesday, September 21 (7.45pm).

Brighton have back-to-back home games coming up as they face Leicester in the Premier League on Sunday, September 19 (2pm) before taking on Swansea in the third round of the Carabao Cup on Wednesday, September 22 (7.40pm).