Watch Cardiff vs Chelsea on Super Sunday from 1pm on Sky Sports Premier League; Kick-off is at 2.05pm

Maurizio Sarri has backed Eden Hazard, Willian and Pedro in the wide attacking roles this season and that is unlikely to change when Chelsea visit Cardiff on Sunday.

Sarri has come under scrutiny for his treatment of Callum Hudson-Odoi, who is yet to start a Premier League game this season.

Hudson-Odoi has made 19 appearances in all competitions for the club this campaign, and produced bright displays in his first two England appearances against Czech Republic and Montenegro.

"I saw the English national team only for 20-25 minutes and Callum didn't start very well in the first 20 minutes on the right," Sarri added. 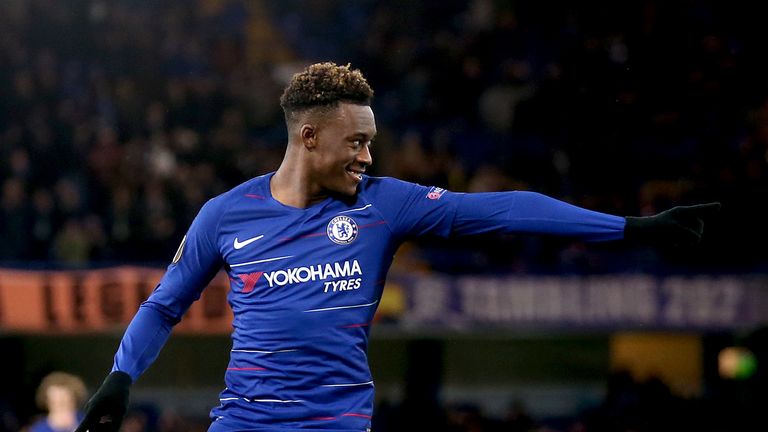 Maurizio Sarri thinks Callum Hudson-Odoi did not have the best of games for England until he was switched to the left wing.

"He did very well on the left, immediately. But I know him very well and I know he prefers to play on the left.

"But of course I can play with only two wingers. In the squad we have Hazard, Willian, Pedro, so it's not really very easy to start in every match here.

"We have to play eight matches in 28 days (this season) so I am sure Callum will start in two or three matches."

Sixth-placed Chelsea are two points behind Arsenal, who occupy the fourth and final Champions League qualification spot in the domestic standings. Both London clubs are also in the quarter-finals of the Europa League. 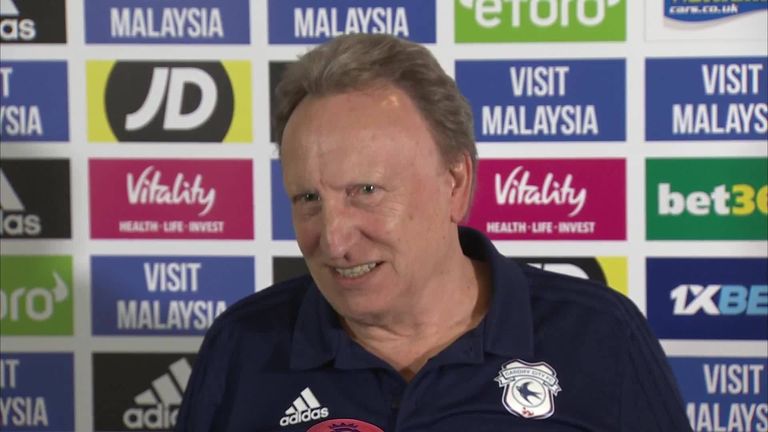 Neil Warnock has again given his view on Brexit and claims we would like to see former Crystal Palace owner and chairman Simon Jordan as Prime Minister.

Cardiff beat West Ham 2-0 in their last outing and Neil Warnock believes his side can beat the drop.

"We're still putting the frighteners on one or two other teams," he said.

"I think the glass is over-brimming at the moment, not half-full or half-empty.

"You forget where we were two years ago and you get carried away, but they keep fighting and coming back when everybody writes us off."

Cardiff are without Callum Paterson for the Premier League home game against Chelsea on Sunday.

Paterson damaged ankle ligaments playing for Scotland in their Euro 2020 qualifier in San Marino and will play no further part this season.

Sol Bamba (knee ligaments) and Matthew Connolly (dislocated ankle) are also sidelined, but Harry Arter is expected to feature after missing the Republic of Ireland's Euro 2020 qualifying victory over Georgia on Tuesday.

Ruben Loftus-Cheek is expected to shake off a back issue in time for Chelsea's trip to Cardiff on Sunday.

The midfielder missed out on England duty due to his injury but should be ready to return for the Premier League contest.

Davide Zappacosta's ankle problem will be assessed, as will Ethan Ampadu's back concern. A look at some of the key stats surrounding this weekend's Premier League action, which includes Fulham v Manchester City and Tottenham’s trip to Anfield.

This could be a big weekend in the race for the top four. I see Chelsea winning, they will have just too much for Cardiff, and that will leave Spurs needing to get a result at Liverpool. Some of Cardiff's home results recently have been alarming and they've come against lesser teams than Chelsea