Paul Merson is back with his latest round of Premier League predictions, including Arsenal vs Newcastle. Here's how he sees the MNF clash panning out...

Newcastle are a dangerous side; they've been really good recently, are hard to beat and have a couple of match-winners in their team. But these are the kind of matches Arsenal finish off. If Liverpool had Arsenal's remaining fixtures they would win the league, but you just know that Arsenal won't win all of these games and that's why they are not a shoo-in for the top four. 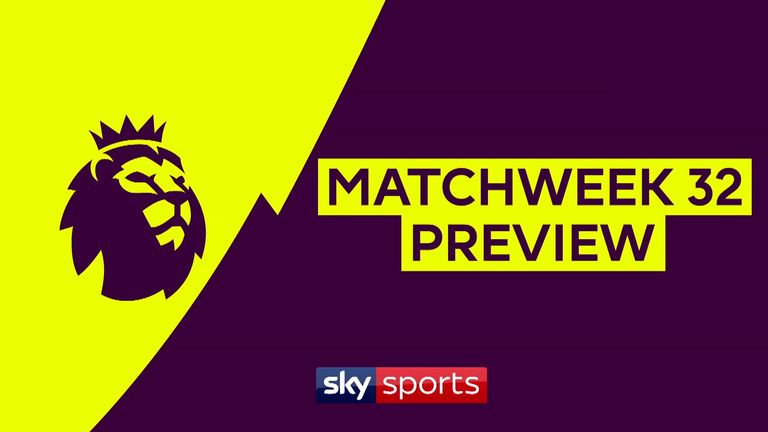 A look at some of the key stats surrounding this weekend's Premier League action, including Arsenal vs Newcastle

This is a nice game for City, they can throw the pressure on Liverpool before they play. I'm a great believer of playing first, you always want to take the first shot. I can't see anything but a win for Pep Guardiola's side, it would be a miracle if Fulham got a result. I just hope Fulham continue doing well under Scott Parker and he gets the job because they have improved under him.

This could be a big weekend in the race for the top four. I see Chelsea winning, they will have just too much for Cardiff, and that will leave Spurs needing to get a result at Liverpool. Some of Cardiff's home results recently have been alarming and they've come against lesser teams than Chelsea

The pressure is going to be on Liverpool, draws are no good with Manchester City in front. It's going to be a tight, entertaining game with Liverpool needing to win adding another layer - if Liverpool are drawing with 20 minutes to go they have to go for it. But I think they will get the job done, cranking up the pressure on Spurs in the race for the top four.

This is a massive game. Brighton had a huge result at Crystal Palace but If I had to pick someone to win this one it would probably be Southampton as Brighton haven't been great at home. That said, their win at Selhurst Park has given a little bit of breathing room meaning a draw should be enough, as long as Cardiff don't pull off a shock against Chelsea.

Burnley have been dragged back into the relegation fight. They haven't looked like winning a game for toffee since their massive result against Tottenham. There is a result to be had at the bottom which no one will see coming, then all of a sudden, a handful of teams will be back in the mix. Wolves have been one of the stories of the season, but they will find it tough to play at Turf Moor. They will be pinned back, unable to play their passing game and will find it tough.

This is a dangerous game for Palace, who are another team not yet clear from the relegation fight. Defeat to Brighton have cranked the pressure on this match with Huddersfield, which would have been viewed as a gimme. But Huddersfield are dangerous, dangerous side. They have nothing to play for and are really going for it. Palace need to win this game and I think they will just have enough, but I wouldn't be shocked if Huddersfield caused an upset, especially if the hosts turn up with the wrong attitude.

This should be an entertaining one, both sides will have a go. But the influence of Brendan Rodgers will be the difference here. He will have had another week to work with his players. The longer this goes on, I can only see positive things for Leicester.

A United win coupled with a defeat for Spurs could really through the top four race wide open. Watford are a funny team, one minute they really impress and then, when you fancy them to be tough to beat - like at Liverpool - they get ripped apart.

Who knows how the game itself will play out, Watford are inconsistent while United have lost their last two, but I think United will get the win and apply the pressure.

You just don't know what you're going to get from West Ham. In fact, that applies to Everton too! I think Everton will be better away from the pressure of Goodison Park. I didn't think there were going to come out for the second half of their last game against Chelsea, there was no point coming out.

I've never seen a turnaround like it in the Premier League. You see them on a Sunday morning when the wind is gale force and a team plays downhill, but not in the top-flight. That win will have filled them with confidence and I think they will express themselves at the London Stadium. I predict goals.