Chelsea vs Liverpool. The FA Cup Fifth Round.

By Simeon Gholam at Stamford Bridge

Chelsea secured their passage into the FA Cup quarter-finals as they beat Liverpool 2-0 in an enthralling tie at Stamford Bridge.

Willian and Ross Barkley scored in each half on Tuesday night, as they inflicted back-to-back defeats on Jurgen Klopp's side - who failed to bounce back from their first Premier League defeat of the season at Watford on Saturday.

It was the first time Liverpool had lost two games in a row since January 2019, and it also ended their hopes of an illustrious Treble - although Klopp's seven changes would suggest he is more focused on the battles that lie ahead, including an attempt to overhaul Atletico Madrid in their last-16 Champions League tie next week.

For Frank Lampard, who won this competition four times as a player, it was a massive win and will help lift his players after some recent difficulties in the Premier League and Champions League. They will be in the hat for the last eight.

Man of the match: Ross Barkley

The first half fulfilled every cliche going about end-to-end cup ties, with virtually the entire 45 minutes played at a relentless pace.

Liverpool started the brighter but the opener went the way of Chelsea on 13 minutes. Some loose passing as Liverpool tried to play out from the back saw Fabinho lose the ball to Willian. He then shot from the edge of the area and Adrian somehow let the ball through his grasp and squirm into the bottom corner.

At the other end his opposite number Kepa Arrizabalaga, who was recalled to the Chelsea side after losing his place to Willy Caballero, was clearly intent on impressing and earning his No 1 spot back. He made several fine saves to keep Liverpool out in the first half, including an impressive triple stop on 20 minutes as he denied Sadio Mane, Divock Origi and then Curtis Jones all in quick succession.

Klopp sent Liverpool out early again for the start of the second half - just as he did at Watford on Saturday - but once again they looked flat. After 64 minutes Chelsea managed to double their lead through Barkley, who was inadvertently played in by a Virgil van Dijk header before charging 50 yards and finishing low from the edge of the area.

Pedro then had a chance to kill the tie a few minutes later as he also got in behind before facing Adrian one on one, but he shot straight at the goalkeeper. There would be no recovery from Liverpool, though, even as Klopp threw on Roberto Firmino, James Milner and later Mohamed Salah, and now no Treble either.

Chelsea's Frank Lampard: "It was an impressive performance. It is hard to be comprehensive against Liverpool because of the team that they are, but I couldn't have asked for any more with the spirit, the work ethic and the quality.

"You've got to defend well to keep a clean sheet against them because of the team that they are, but we deserved to win the game." 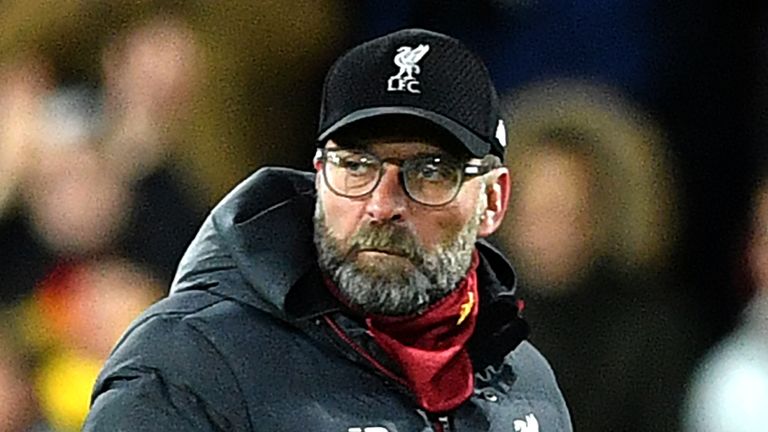 Liverpool's Jurgen Klopp: "Losing two nil is not good, but in this case it's relatively easy to explain. We made to massive mistakes around the goals.

Kepa impressive on return to side

Lampard will have been pleased with the performance of his goalkeeper Kepa, who reacted exactly as he hoped he would on his return to the side. The Spaniard had been left out of Chelsea's last six games, but made several excellent saves and commanded his box well.

Man of the Match: Ross Barkley

An absolute toss-up between two Chelsea midfielders. Billy Gilmour was sensational and will have given Lampard real food for thought as he turns his attention to their Premier League clash with Everton on Sunday, but Barkley just edges it. He had one of those evenings where he looked the class player he could and should be with more consistency, and took his goal superbly.

Billy Gilmour was handed a third start of the season by Lampard - with the previous two coming in the Carabao Cup - and his faith in the 18-year-old Scottish midfielder was rewarded. 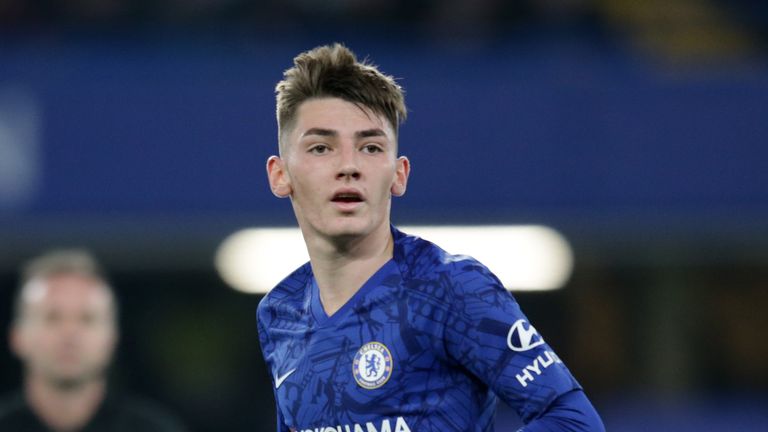 "I've got absolute trust in Billy," said Lampard. "When he first came in against Sheffield United and we drew the game people questioned this kid who looks about 15. But if he's small in stature then he's huge in personality in talent. 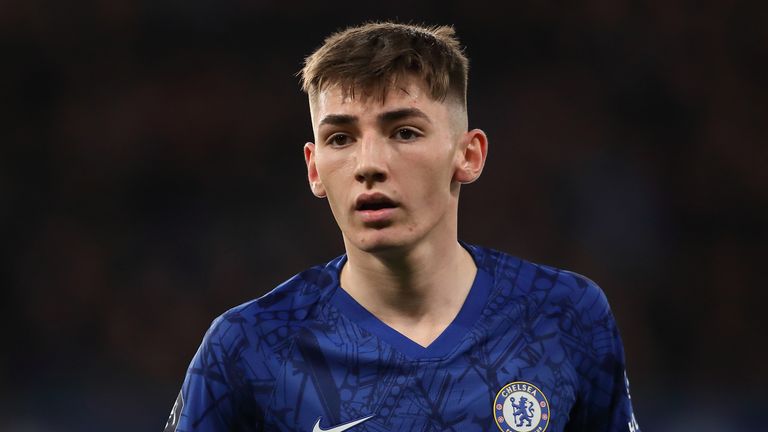 Both sides are back in Premier League action at the weekend. Liverpool host Bournemouth on Saturday (12.30pm), and Chelsea welcome Everton to Stamford Bridge on Super Sunday, live on Sky Sports Premier League from 1pm. Kick-off is at 2pm.