Report and free match highlights as Adam Armstrong scores for Southampton on his Premier League debut; Richarlison, Abdoulaye Doucoure and Dominic Calvert-Lewin net in the second half to complete second-half comeback for Everton 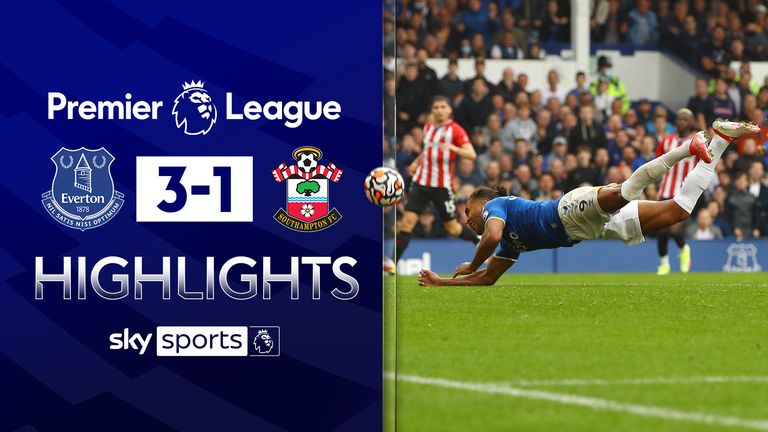 There was polite applause from the Goodison Park crowd as Benitez emerged from the tunnel before the game but, despite starting well, a calamitous error from Michael Keane allowed Adam Armstrong through for his first Premier League goal on his Southampton debut in the 22nd minute.

Everton managed to ride the wave of Saints confidence until half-time, but Benitez's first team-talk clearly worked as Richarlison, fresh from his Olympic gold with Brazil at Tokyo 2020, hauled Everton level two minutes after the break.

It was then a quick Everton double that completed a superb comeback as Abdoulaye Doucoure fired home in the 76th minute before a classic striker's goal from Dominic Calvert-Lewin (81) made sure of the three points.

It is now 10 years since Everton lost their opening game of the Premier League season. There were plenty of bright moments from the Saints, but their dismal 2021 form has carried over into the new season, having won just four Premier League games since the turn of the year.

How Everton rallied in their Premier League opener

Everton had the better of the opening 20 minutes and could have taken an early lead. Allan fired from the top of the area, but it stung Alex McCarthy's palms. Demarai Gray and Calvert-Lewin had linked up in the build-up, and did so again not long after. The former Leicester winger fired in a superb cross from the right, but Calvert-Lewin skewed his effort wide.

Southampton had a rare attacking opportunity in the 17th minute as Armstrong fired in a cross, but no one could connect. Everton then broke down the other end with Richarlison whipping a superb ball in from the left flank, but Calvert-Lewin was just inches away from poking it home.

But in the 22nd minute, a defensive error from Keane allowed Southampton to take the lead. The Everton defender spent far too long deciding where to play his pass and, under pressure from Che Adams, lost possession. Mason Holgate was unable to mop up, allowing Armstrong to drive through and fire home past Jordan Pickford for his first Southampton goal.

Southampton went on to dominate the rest of the half. Everton could have equalised not long before the break, but Calvert-Lewin nodded an Andros Townsend cross wide. But there were more questions for the home defence as Armstrong was allowed again to strike, but Pickford was there to turn the ball behind for a corner.

It must have been one mighty half-time team-talk from Benitez as Everton came racing out of the traps after the break, and equalised within two minutes. Adams initially cleared Lucas Digne's corner, but Townsend was waiting to nod the ball back in. Richarlison was then perfectly placed to flick the ball home with his first touch, continuing a successful few weeks for the Brazilian.

Everton continued to see half chances fall their way. Keane attempted to atone for his first error, but his attempted shot was blocked well by James Ward-Prowse before McCarthy pounced on the loose ball. Then, Townsend floated a superb cross in from the right, but Doucoure's header pinged off Richarlison.

Southampton soon began to find their feet in the half and had an almost continuous spell of corners, but did not make them count as Everton took the lead in the 76th minute with a superb goal.

Allan took a quick free-kick, finding Doucoure. He had little space to work with, instead picking out Seamus Coleman, whose neat chip into the area was sent back to the midfielder by Alex Iwobi's neat touch. It was then a superb 360-degree turn from Doucoure to beat Ward-Prowse before firing home.

Five minutes later, and it was three. It was Calvert-Lewin at his best too, as Richarlison sent in a fizzing cross from the right. The striker was waiting in the middle, dipping low to nod the ball home. It was an effort McCarthy was not expecting as it smuggled past him from close range.

Richarlison has barely had a summer off - he played in the Copa America and Olympics for Brazil, before coming back to the UK and helping fire Everton to victory in their Premier League opener.

He proved again why he is so vital for his team, with an incredibly-well-taken goal of his own before a simply sensational cross for Calvert-Lewin to turn home. Richarlison has simply had an incredible few months and since the start of 2018-19, Joao Pedro (41) and Neymar (37) are the only Brazilians to score more goals than him in Europe's big five leagues (34). 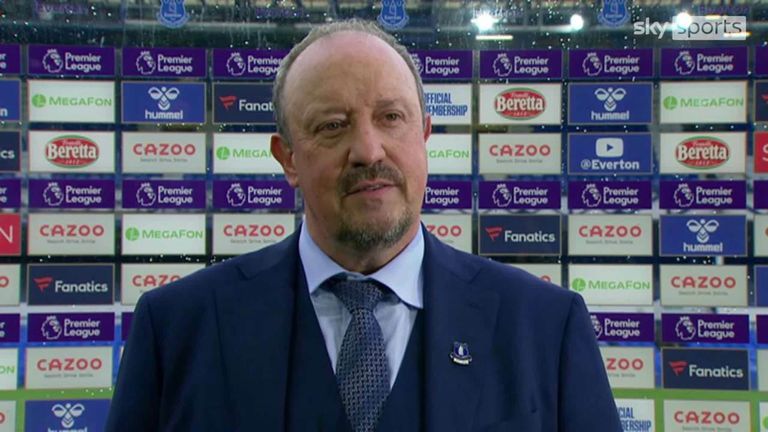 Everton manager Rafa Benitez: "I think the first thing is to say thank you to the fans for the reception, for me and the team. After so long, to have the fans here, I think it's important and being behind the team the way they were.

"In the first half, I think we conceded a goal that maybe we didn't deserve, but that is football. But I was really pleased with the reaction of the team in the second half, the way we were pressing and the determination and the desire the team have shown on the pitch.

"We knew that was difficult for us with the two strikers coming back a little bit later, but we have to trust them. They have quality, they wanted to impress and in front of the fans, they have more energy than maybe you were expecting.

"They can be crucial for us. Obviously it is one game and the idea is to approach every game as the most important. If we play at home with the fans and the team spirit that we showed today, I think we can get results.

"It is not relief, you have a lot of games and each one is important. This is the first one and in front of the fans. After so long, it was important for everyone to show this character and determination that we did and then to win and enjoy it a little bit." 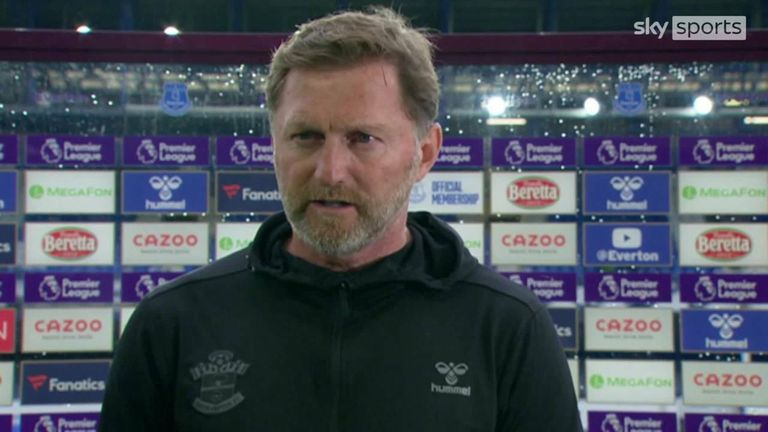 Ralph Hasenhuttl reflects on a disappointing afternoon, with Southampton unable to keep their lead, and Everton going on to win 3-1

Southampton manager Ralph Hasenhuttl: "It was a tough game, it's the first time in a full stadium. We had a good start today, especially in the first half, we followed our game plan very well.

"The goal was fantastic, and we had one or two more chances to score. But in the second half, we conceded the equaliser too early and too easy. Then it's tough to come back, because the crowd are there and the belief is there with the home team.

"They go in front, which is not a surprise, and finally they killed us… I don't know if there was a chance to save it.

"I think we were good in the game until the end, but the final punch in the second half was not there. It's always tough against this team, so you need to go into the lead to have a chance of getting something here… You need to be so strong to get something in the end and we haven't been.

"All the new players did a good job today. We had a goalscorer and the two full-backs were really lively. I think this is the way we have to go and keep on going."

"Everton started off poorly, getting caught trying to play out from the back, but they came out well in the second half and got the goal. When Doucoure got the second, there was only going to be one winner. He was a real engine, breaking up play and driving into the box.

"With Calvert-Lewin getting his goal too, it probably was the perfect start for Benitez; he was smiling at the end. Whatever he did at half-time worked; they thoroughly deserved the win in the end.

"The positives if you're a Southampton fan is that I think Armstrong will score goals. He showed composure, he was sharp; I think he can forge a really good partnership with Adams."

Everton are back in action on Saturday when they travel to Leeds in the Premier League; kick-off 3pm. Southampton play their first home game of the season next Sunday when they host Manchester United, live on Sky Sports; kick-off 2pm.