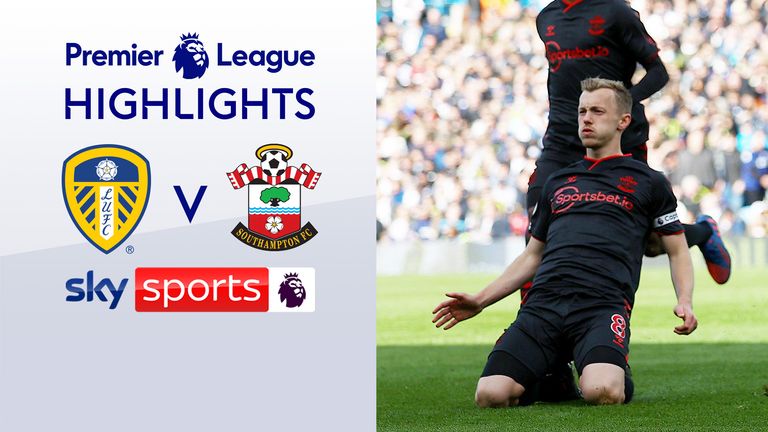 Jesse Marsch's side - looking for a third Premier League win in a row - deservedly led at the break through Jack Harrison's toe-poked effort just before the half-hour mark.

However, Saints responded impressively to falling behind and drew level thanks to yet another wonderful Ward-Prowse free-kick four minutes into the second half, the England international's 13th direct free-kick goal in his Premier League career.

As a result, Leeds have now moved eight points clear of the relegation zone, while Southampton stay in 11th place in the table after ending a poor recent run of four straight defeats in all competitions.

How Leeds' recent winning run came to an end

Marsch and Leeds headed into this clash after a pair of morale-boosting late victories in their previous two league outings before the international break, the American's first two in charge of his new team lifting them away from the trap door.

And after a pacy and turbo-charged opening to proceedings in the Yorkshire sun on Saturday afternoon, the home team appeared to be on course for a third win in succession after Harrison's 29th-minute opener followed a flowing move down their right.

Luke Ayling started the attack on halfway, before a neat one-two in a tight space between Mateusz Klich and Raphinha saw the Brazil forward get free to the byline and stand up a cross.

Leeds skipper Liam Cooper returned to action for the first time in four months against Southampton. Cooper, sidelined due to a hamstring injury since early December, was named in the starting lineup as head coach Jesse Marsch made two changes.

Kalvin Phillips was on the bench following his recovery from a hamstring injury.

Saints No 1 Fraser Forster could then only palm the centre into Harrison's path, with the forward finsihing into an unguarded net.

However, that Leeds opener only served to wake their opponents up, with the visitors equalising just after the break in now familiar fashion as that man Ward-Prowse added another to his repertoire of great free-kick goals.

The Southampton skipper somehow managed to get enough whip and height on his shot for the ball to sail up and over the Leeds wall, leaving Illan Meslier clutching at thin air and taking him closer to David Beckham's Premier League record of 18 direct free-kick goals.

Both teams went in search of a winner, but a combination of good goalkeeping, stubborn defending and poor finishing meant the spoils were perhaps deservedly shared.

Marsch: We should have won 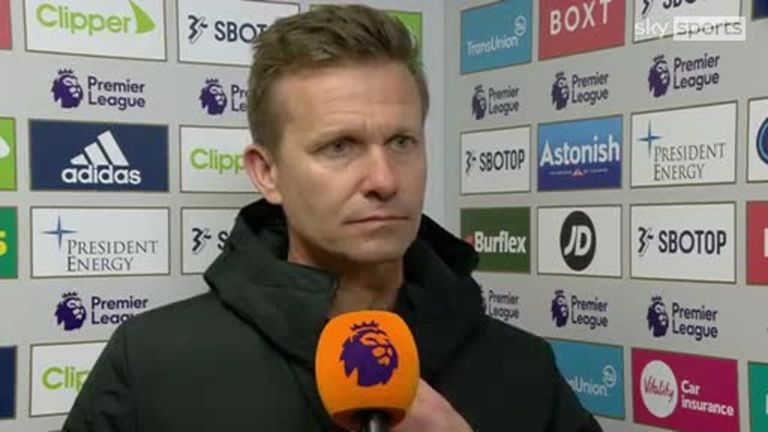 Leeds head coach Jesse Marsch has said that he is not overly satisfied with his team's 1-1 draw against Southampton.

"It was an intensive game with a lot of second balls and duels and one that we should have won," he said.

"I feel like the clarity, tactically, what we want the game to look like, I thought we were balanced in the match and didn't give much away.

"I did less shouting at the players during this match because they were more in control of every situation.

"Best counter-pressing game for us by far. Good in pressing moments. With the ball in build-up phases against a team that likes to press, we still find a lot of solutions.

"It's a natural progression, but one that's happened faster than I had hoped because of the commitment and intelligence of the group." Ralph Hasenhuttl felt his side come have come out on top after Southampton's 1-1 draw with Leeds.

"I can guarantee you it's not the last he will score," he said.

"He's for sure one of the best in the world in this part of the game and for us a very important player.

"I don't need to talk about [his other qualities]. You can talk about it. Tell the people it's more than just set-pieces.

"It's not a coincidence that he plays nearly every minute for us. He's physically unbelievably strong, his recovery is super because three games in a week are not a problem for him. This is a player you need to have.

"We had more chances. I think we had the better ones and we have been closer to winning this game, but in the end we have to take the point.

"It was a good step forward in such an intense atmosphere and intense game. To go away with a point here, it's ok."

Man of the Match - Jack Harrison

The forward turned in another lively display to help his side earn a hard-fought draw with Southampton on Saturday, their third game in a row without defeat under new head coach Jess Marsch.

True, the 25-year-old's opener was a simple finish after an error by Saints 'keeper Fraser Forster, but he was still in the right place at the right time to make the crucial first-half breakthrough.

And what is more, that was Harrison's sixth Premier League goal already in 2022, twice as many as any of his team-mates, while that also makes it the player's highest-scoring calendar year in the competition.

Ward-Prowse closing in on Beckham as PL's free-kick master 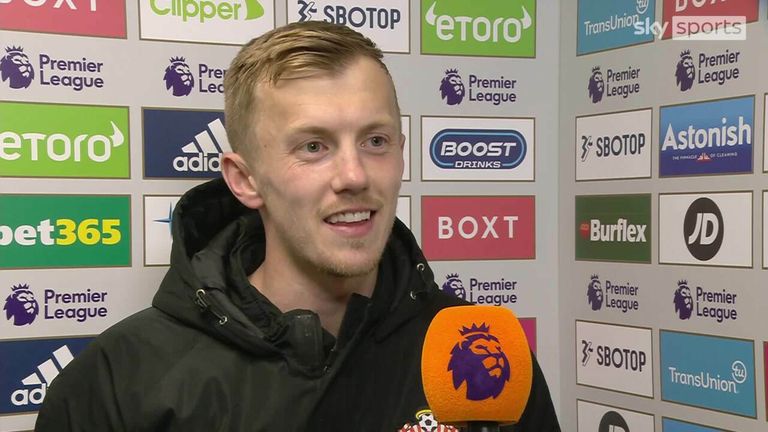 James Ward-Prowse says he has to calm himself down when Southampton get free-kicks within shooting distance after he scored from yet another against Leeds United.

Is there a better free-kick taker in world football at present than Southampton skipper James Ward-Prowse?

Well, if there is, I have not seen him after the England international added to his already bulging repertoire of stunning free-kick goals to earn his side a point at Elland Road on Saturday.

When referee Anthony Taylor awarded the visitors a free kick on the left edge of the area, everyone in the ground knew what was about to come, including Leeds goalkeeper Illan Meslier.

However, it is one thing knowing what is coming, but it is an altogether different proposition stopping it, as the Frenchman found out seconds later when picking the ball out of the net after Ward-Prowse's curling free kick sailed up and over the wall and into the top lefthand corner of the net.

Incredibly, that is the 27-year-old midfielder's 13th direct free kick in the Premier League, leaving him now just five behind David Beckham at the top of the list and with time on his side to even catch the former Man Utd and England playmaker.