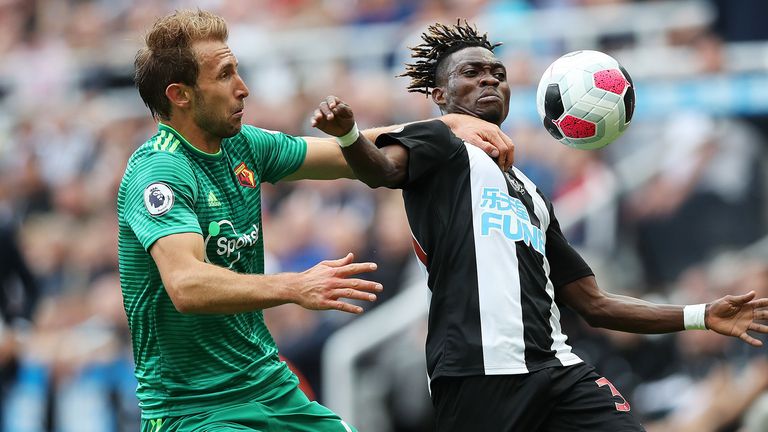 Highlights from Newcastle's 1-1 draw with Watford in the Premier League.

Watford earned their first point of the season with a 1-1 draw against Newcastle after an end-to-end contest at St James' Park.

The Hornets took the lead inside two minutes as Abdoulaye Doucoure's deflected shot found Will Hughes unmarked inside the box, but Newcastle levelled before half-time after Fabian Schar's well-taken finish.

Newcastle had the better chances of an end-to-end second half as Isaac Hayden and Schar came close, before Roberto Pereyra nearly stole all three points for Watford but for Martin Dubravka's diving save.

Man of the match: Christian Atsu

Watford remain bottom of the Premier League table heading into the international break, with Newcastle 14th.

Newcastle made just two changes as Saint-Maxim and the injured Ritchie made way for Atsu and Willems. Javi Gracia's Watford side saw Kabasele, Pereyra and Janmaat come in for Holebas, Capoue and Deulofeu.

The Hornets could have doubled their lead ten minutes later when Andre Gray scuffed wide from six yards, but Newcastle's shell-shocked defence eventually recovered and they started to find their way back into the game as Christian Atsu and Joelinton hassled the Watford back-line.

Steve Bruce's side were rewarded just before half-time when Isaac Hayden and Craig Dawson contested Miguel Almiron's cross, only for the ball to fall at the feet of centre-back Schar, who impressed with a fine finish past Ben Foster.

Newcastle started the second half brightly as Atsu caused chaos for the Watford back-line and Almiron continued to find his forwards in space.

Schar almost had his second of the match after misplacing a free header, before Hayden's swerving long-range effort was saved smartly by Foster. Substitute Yoshinori Muto connected with Almiron's corner late on that led to a cluster of Newcastle players trying to bundle the ball into the net.

But it was Watford who almost took three points in the dying minutes as Pereyra's driving shot forced a brilliant save from Newcastle 'keeper Dubravka.

Christian Atsu was a menace down the left wing, causing all sorts of trouble for the Watford defence. His clever movement created space for midfielders, while he was unlucky not to register an assist after a great ball to Almiron. A deserved of applause when subbed. 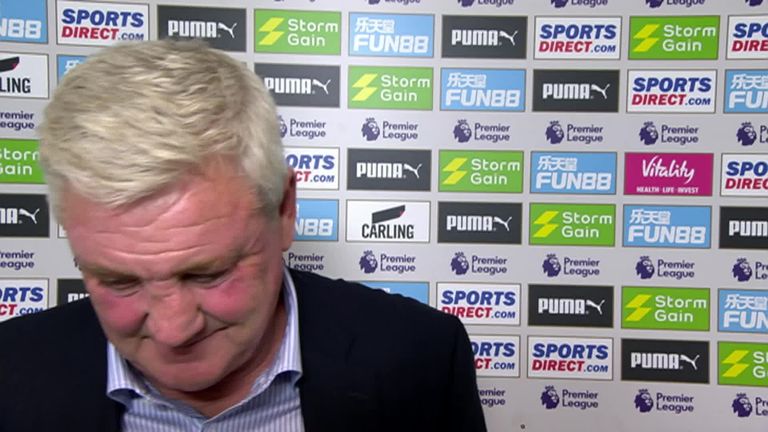 "We have had three difficult games this week. And we have not lost any of them in real terms. If every they needed a lift they got it. Overall we had two big chances to win the game. It's a missed opportunity but I have been delighted with the response. 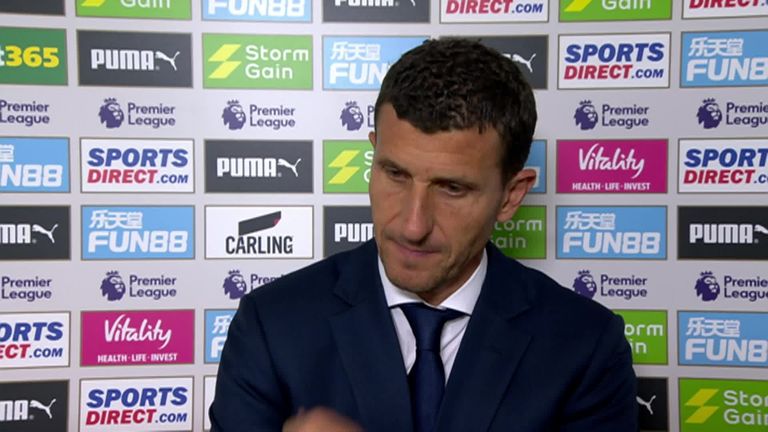 "I think we had a better balance today. I'm happy with the performance but we must improve again now. We have to be happy with a first point."

Newcastle face a trip to Anfield after the international break, while Watford host Arsenal.