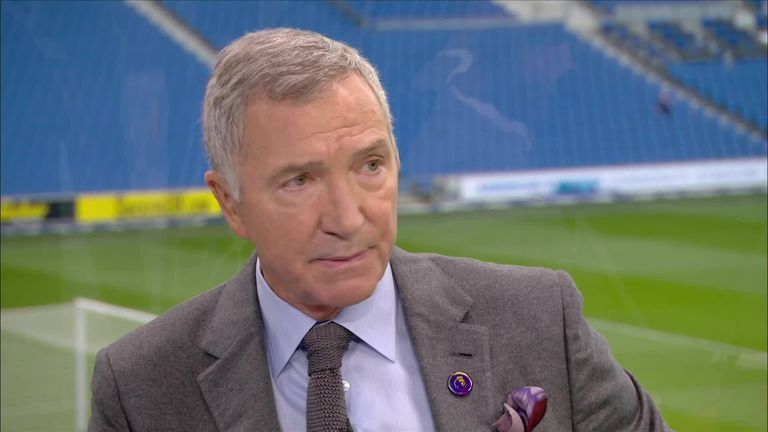 Graeme Souness hopes any male professional footballers who are gay or bisexual can find comfort and confidence in the game.

The Sky Sports pundit, speaking on Renault Super Sunday, believes any such player who did one day feel able to come out publicly would be "a hero" - but fears the game has not yet created the right environment for that to happen.

"There must be gay and bisexual players playing in the Premier League, there has to be," said Souness. "But no one has felt comfortable enough to come out and say 'this is me'."

Souness was reacting to the annual activation of Stonewall's Rainbow Laces campaign, with Premier League clubs continuing to show their support for LGBT inclusion across the weekend games.

Leicester stars James Maddison and Ben Chilwell met up with Foxes Pride - City's LGBT supporters group - for an in-depth chat in the build-up to the team's 4-1 win at Aston Villa. Former Wolves goalkeeper Matt Murray watched the video of the conversation between the England players and the fans alongside Souness and host David Jones in the Super Sunday studio.

"That piece was very powerful, the message it sends out," said Murray. "It's about learning and education, because I know how things have changed since I played."

Citing the examples of Robbie Rogers and Collin Martin in Major League Soccer - both continued to play in the US game after coming out - Murray contemplated whether a "perception" of what it means to be gay was still a factor, and hoped that would change.

"You just want to be able to be yourself, and that's it," he said. "So if someone does want to come out as openly gay, they should feel that they can and be comfortable to do that."

Activations at Sunday's four Premier League fixtures included a giant rainbow flag mosaic in the East Stand at the Amex Stadium before Brighton and Wolves kicked off.

Following on from Saturday's introductions, there were more rainbow welcome mats outside the Amex, Villa Park, St James' Park and Carrow Road, while home clubs and their supporters groups brought rainbow visibility to the occasions in a variety of ways.

Souness had been in Brighton back in August for the city's annual Pride festival, leading a group of amateur footballers who were marching in the parade to raise awareness around the fact none of their professional counterparts have come out since Justin Fashanu nearly 30 years ago. 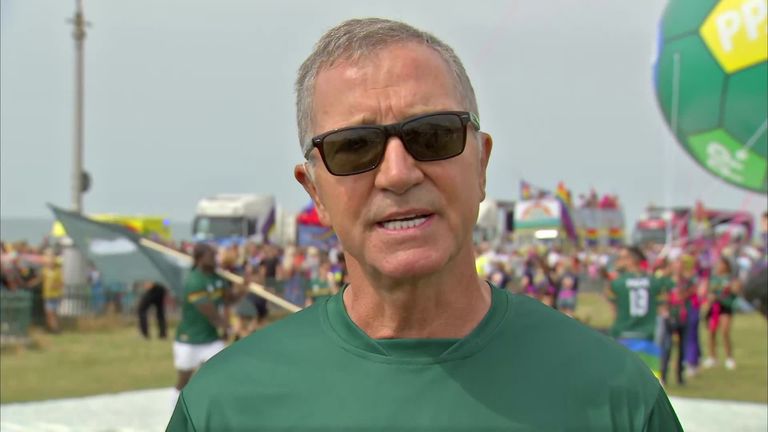 The former Norwich and Nottingham Forest striker tragically died by suicide in 1998, having endured both homophobia and racism throughout his playing career. His niece Amal recently set up the Justin Fashanu Foundation with a view to working with the football authorities on LGBT inclusion.

Souness, who hung up his boots in 1991, says attending Brighton Pride made him reflect on the culture during his playing days.

"I came from a generation, a time in our football, where it was extremely homophobic, the banter in the dressing room," he said.

"But a few months ago, I came and took part in a parade here, and it was enlightening and I learned so much. It changed my attitude.

"It was a fabulous day out, it was sunny, it was mobbed, there were tens of thousands of people there and I found it extremely educational.

"I would tell anyone if you want to learn more, come down here for that parade and you'll go away with a completely different opinion."

Murray believes Rainbow Laces and the support for the campaign from organisations like the Premier League can help to shift men's football into line with other sports and walks of life in which inclusion is progressing more rapidly.

"There's so many other professions where people can be openly gay, whether it's rugby or the music industry," he said. "I'm really not sure why players feel they can't - maybe it's stereotypes - but I think more and more things like this will help.

Souness agreed, adding: "We have to create the environment where they feel comfortable."

The annual activation of Stonewall's Rainbow Laces campaign - which is supported by Sky Sports - is under way now and runs until Monday.