The answer: it depends which method you use. The easiest way calculates each team's current points ratio and adds that to their remaining games, factoring average goals scored and conceded.

Using that system, the top five are unchanged with Liverpool finishing the season as champions on a record-breaking 107 points - 30 points clear of Manchester City - followed by Leicester, Chelsea and Manchester United.

Currently with one game in hand, Sheffield United overtake Wolves in sixth spot to earn automatic Europa League qualification and Arsenal leapfrog rivals Tottenham to claim eighth and the pride of north London.

The bottom-half standings are identical to the current table, which means Norwich, Aston Villa and Bournemouth face the drop. Watford and West Ham end on identical points to the Cherries but marginal goal difference ensures safety.

*Figures based on PPG to two decimal places 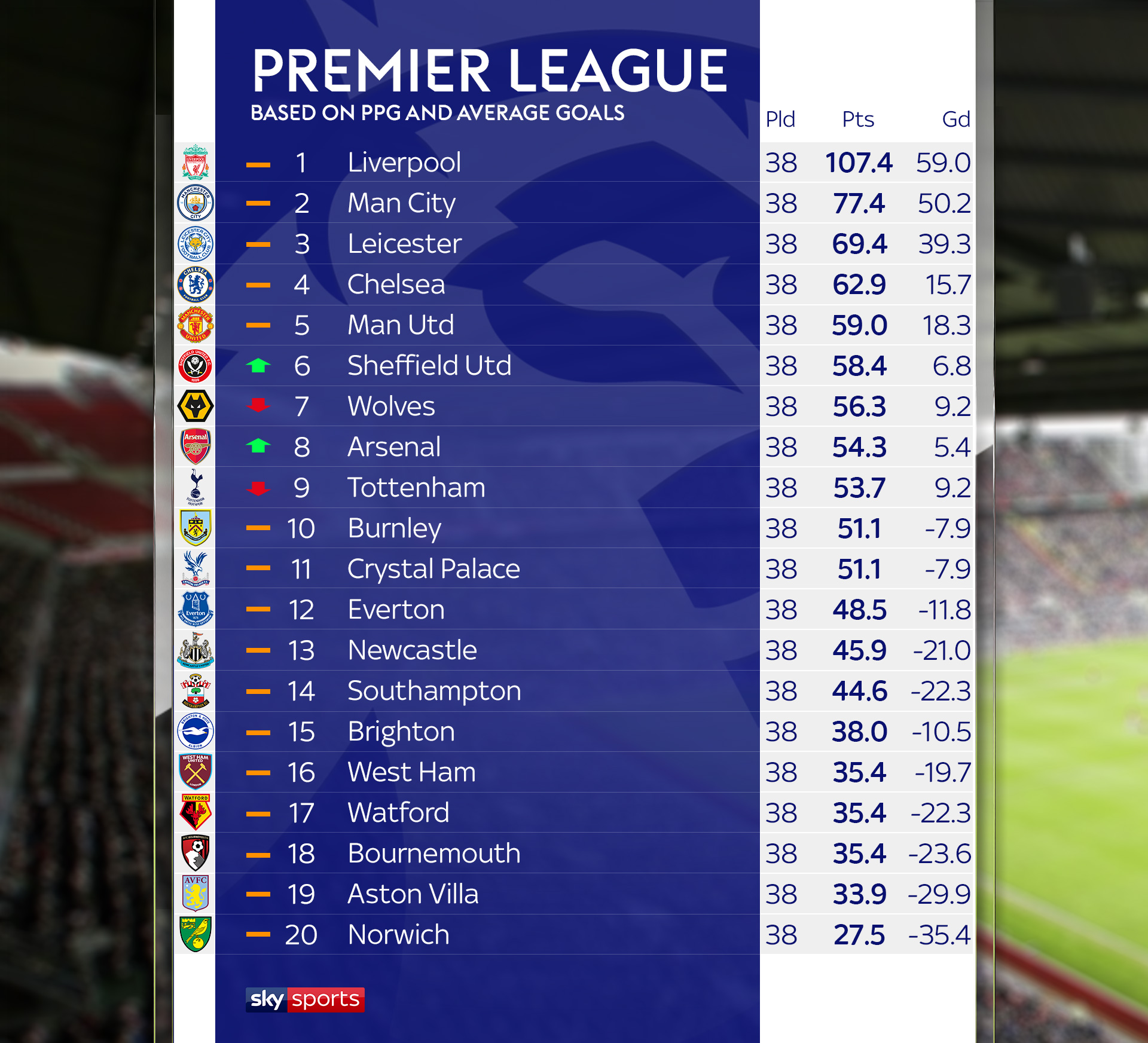 Weighted home and away form

Much has been made of the lower club's reluctance to play at neutral venues and lose their home advantage. Indeed, the majority of the clubs fighting for survival have won most of their points on home soil. 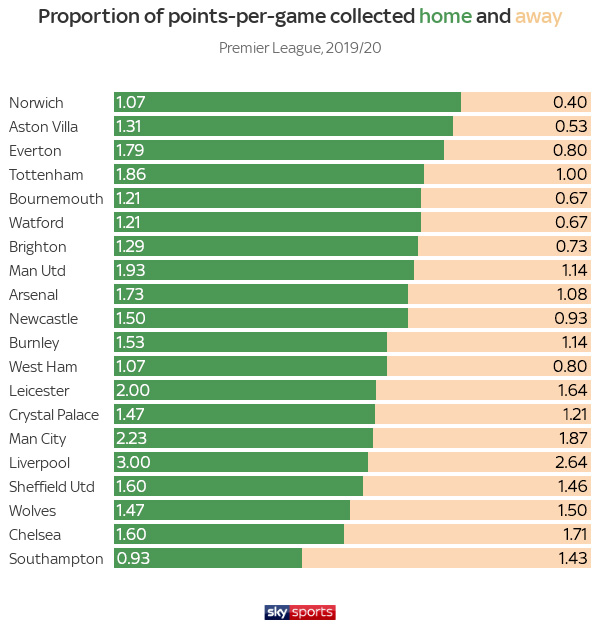 When factoring home and away form, the top five still remain unchanged. Sheffield United still leapfrog Wolves, but Spurs remain ahead of Arsenal in eighth place - while Crystal Palace edge ahead of Burnley for a top-half finish.

But the key changes occur where it matters. Bournemouth avoid relegation by just 0.1 point and West Ham slip into the drop zone on 35.6 points.

*Figures based on PPG to two decimal places 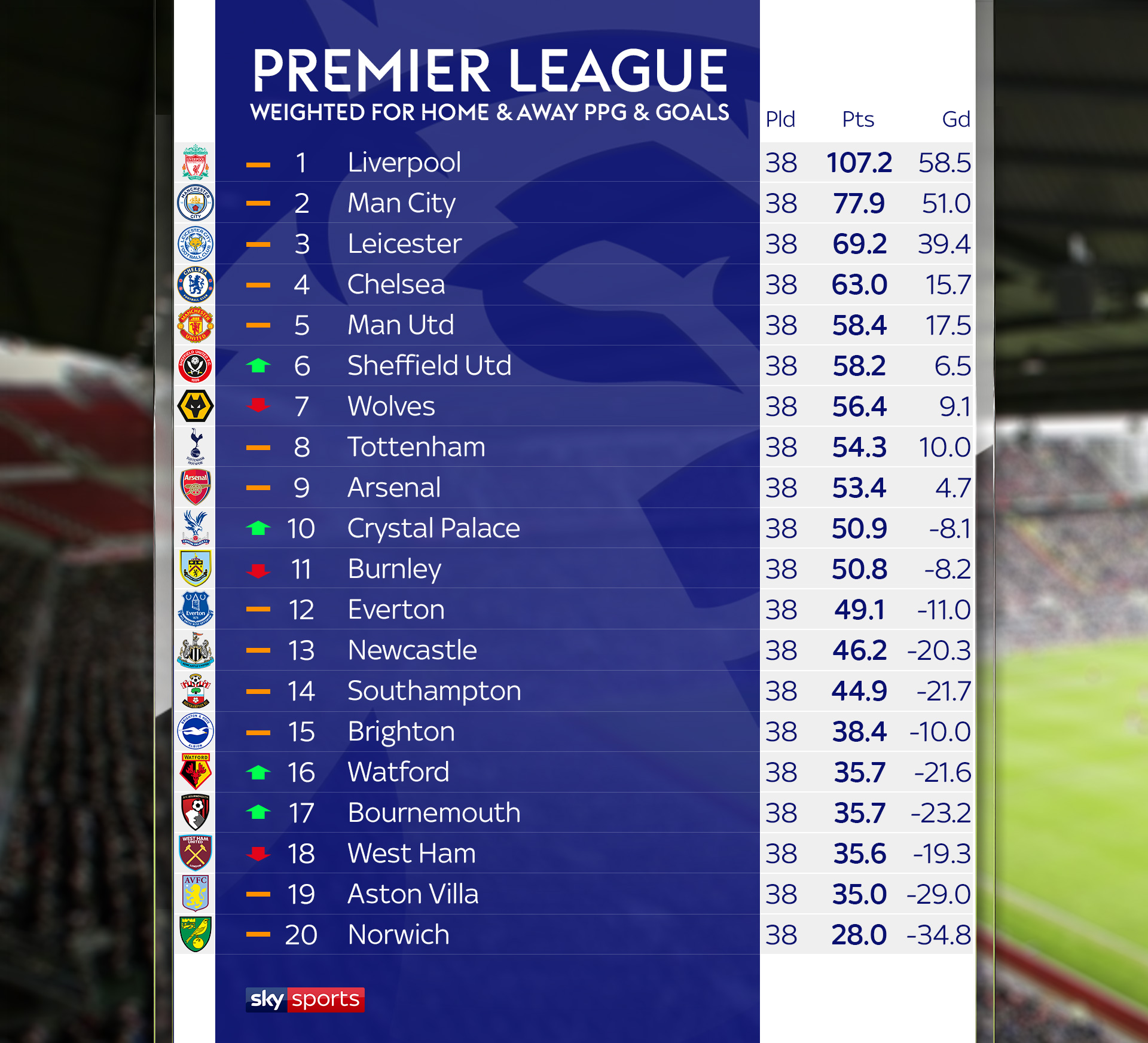 Neville said on Tuesday's The Football Show: "I don't believe relegation is fair on the points-per-game basis. I think that if football was going to be played, it's right for football to be played for promotion and relegation.

"But I think on the points-per-game basis, to be relegated with nine games to go, with so much to play for, so tight at the bottom and with so much at stake, it doesn't feel right to me personally."