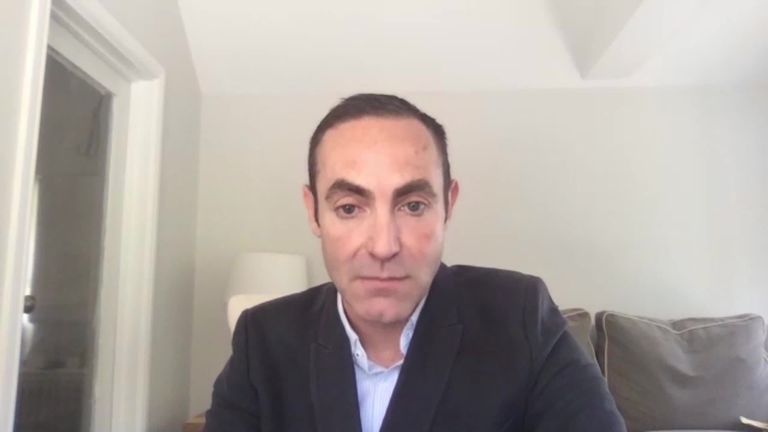 Premier League players are not preventing people from testing for coronavirus, the company conducting the tests has stressed.

Prenetics is providing at least 1,600 tests a week to assist clubs with a return to training during the global pandemic.

The global digital health company also hopes to deliver test results quicker than the present turnaround time of up to 48 hours.

"I can categorically say that the testing we're undertaking, the process we're undertaking from everything related to PPE [personal protective equipment] to the swabs to the actual laboratory analytical process, is not taking away from NHS resources at all," Avi Lasarow, Prenetics Chief Executive, told Sky Sports News.

"We work with UK-accredited laboratories, within our consortium, and the capacity which is being made available for employers to take testing for their employees, does not impinge whatsoever on NHS capability."

The testing contract, worth around £4m, has been approved by the government and paid for by the Premier League at no cost to the UK taxpayer.

"I don't think we would be doing this if we didn't feel the Government were entirely comfortable that the things we were doing were not a burden on the national effort", said Richard Masters, Premier League chief executive, during a media conference call on Monday.

Prenetics, and its group associates and suppliers, are also conducting tests for NHS England and the Bundesliga in Germany.

They are working at providing quicker results than the present time of up to two days.

"The end-to-end process is up to 48 hours. Of course, one strives to do that sooner," says Lasarow. "When it comes to testing generally, one always wants to strive to test and turnaround results as fast as possible. Certainly, from our company perspective, when we're working with employers generally, we anticipate having results available within 48 hours.

"The process of taking the sample is relatively straightforward. It's an approved swab that is used to take a sample from the back of the throat as well as approximately 1cm from within the nasal passage. That then gets taken by a nurse, or a healthcare professional, and of course then taken back to a laboratory, in which we then process the actual analysis of the collection material to produce a COVID-19 result."

Tests are not 100 per cent accurate but Prenetics says its accuracy is in line with government standards.

Premier League clubs receive up to 80 tests a week, over two slots, which may increase or decrease depending on initial results.

"I can't comment on the specifics of clients we're working with but if you look at the topic of increased tests, more generally, our goal is to provide testing to employers for their employees at the right time, when government policy allows to be able to do that," Lasarow said.

"We can cope with increased demand. As you'd expect on projects of this magnitude, this scale, one has to go through meticulous planning in terms of exactly how that gets delivered and that's what we do with all our clients. We're very mindful of the demand for such testing but, of course, we have to make sure that's managed in a way which sets expectations for all involved correctly.

"As a company we feel quite privileged that we're in a position to work with sports, and any employer who's looking to get employees back to work. We're just thrilled that we have the opportunity to provide such a solution."