Chelsea will try to sign a goalkeeper this summer because Frank Lampard is not convinced Kepa Arrizabalaga has a future as his long-term No 1 at Stamford Bridge.

Several clubs in Spain have expressed an interest in signing Arrizabalaga but Chelsea want to get back as much of the world-record £71m they paid for him two years ago as possible.

Chelsea are looking at a list of goalkeepers including Jan Oblak, Andre Onana and Nick Pope.

Atletico Madrid have said that Oblak is not for sale so Chelsea would have to pay his £110m release clause to get him.

Onana would be the cheaper option. He wants to move to the Premier League and Ajax will listen to offers. 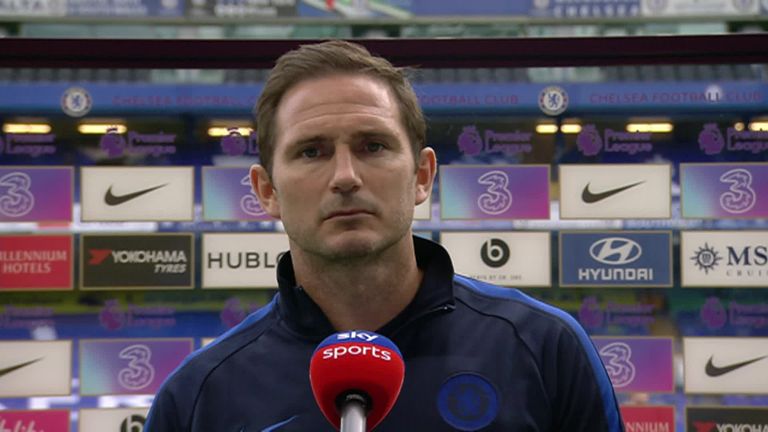 Chelsea boss Frank Lampard is proud to have led his side to a fourth-place finish, but wants to close the gap on Liverpool and Manchester City next season

Pope established himself as one of the best goalkeepers in the Premier League this season, keeping 15 clean sheets at Burnley.

Lampard is expected to start Willy Caballero in goal for Saturday's FA Cup final against Arsenal, after he replaced Arrizabalaga for the crucial final game of the season with Wolves.

Caballero has started all of Chelsea's FA Cup games this season except the 2-0 win against Liverpool in March.

Chelsea conceded 54 goals in the Premier League this season, more than any other side in the top half of the table.

The Blues have been active in their transfer planning for next season and have already bought Hakim Ziyech from Ajax for a fee of £33.3m and paid £45m to RB Salzburg for striker Timo Werner.

They also remain in the hunt for highly-rated Bayer Leverkusen midfielder Kai Havertz, who is keen to move to Chelsea after scoring 12 goals in 30 Bundesliga appearances this season.

Brazilian winger Willian is expected to renew his contract at Chelsea this week despite interest from several other Premier League clubs, including Arsenal and Manchester United.

Pedro will join Roma on a two-year deal when his Chelsea contract expires at the end of the season.

There are question marks over the futures of several other Chelsea players including Jorginho, Emerson, Marcos Alonso, Davide Zappacosta, Michy Batshuayi and Tiemoue Bakayoko. 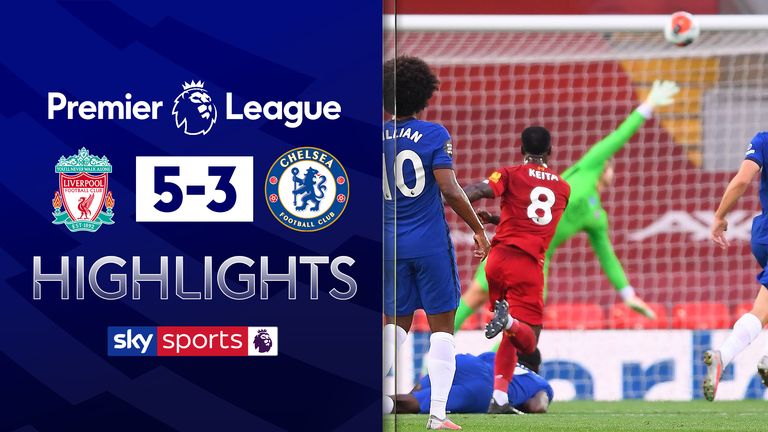 Carra: Chelsea will go no further unless they change goalkeeper

Sky Sports pundit Jamie Carragher believes Chelsea require an upgrade in the goalkeeping department if they are to achieve their ambitions.

During the 5-3 defeat to Liverpool, Carragher said: "Chelsea will go no further unless they change the goalkeeper.

Bosnich: It is quite evident Kepa will be on his way "He hasn't had a particularly good season and the bottom line is you have a fall-out with the manager in any kind of way it's a slippery slope," Bosnich told Sky Sports News.

"So I can fully understand Frank wanting to basically take that level up and to say look listen he's just not for me, I want somebody else.

"And of course the goalkeeper can make it very difficult for Chelsea by saying that if you are going to sit me out of the team then I'll stay here on these massive wages and run down my contract for nothing.

"They've got a big decision to make. I think it's quite evident from what we've seen, and the fact that he didn't play in that last game of the season, that he will be on his way."