Spurs are yet to bid for the right-back, who is reportedly valued around £12m

The 28-year-old Republic of Ireland international made 50 appearances for the Midlands club last season and has enhanced his reputation as a reliable defender and a significant threat going forward, scoring seven times in all competitions.

Reports suggest Doherty could cost Spurs around £12m, although no bid has yet been made.

Tottenham are thought to be willing to offload right-back Serge Aurier this summer, with AC Milan and Bayer Leverkusen showing an interest.

The 27-year-old Ivory Coast international has two years left on his Spurs contract having joined from Paris Saint-Germain in August 2017 for £23m.

Aurier flourished under Mourinho when he took over but may still be allowed to leave for the right price.

Another right-back option, Kyle Walker-Peters, has already left the club after last season's loan move to Southampton was recently made permanent. 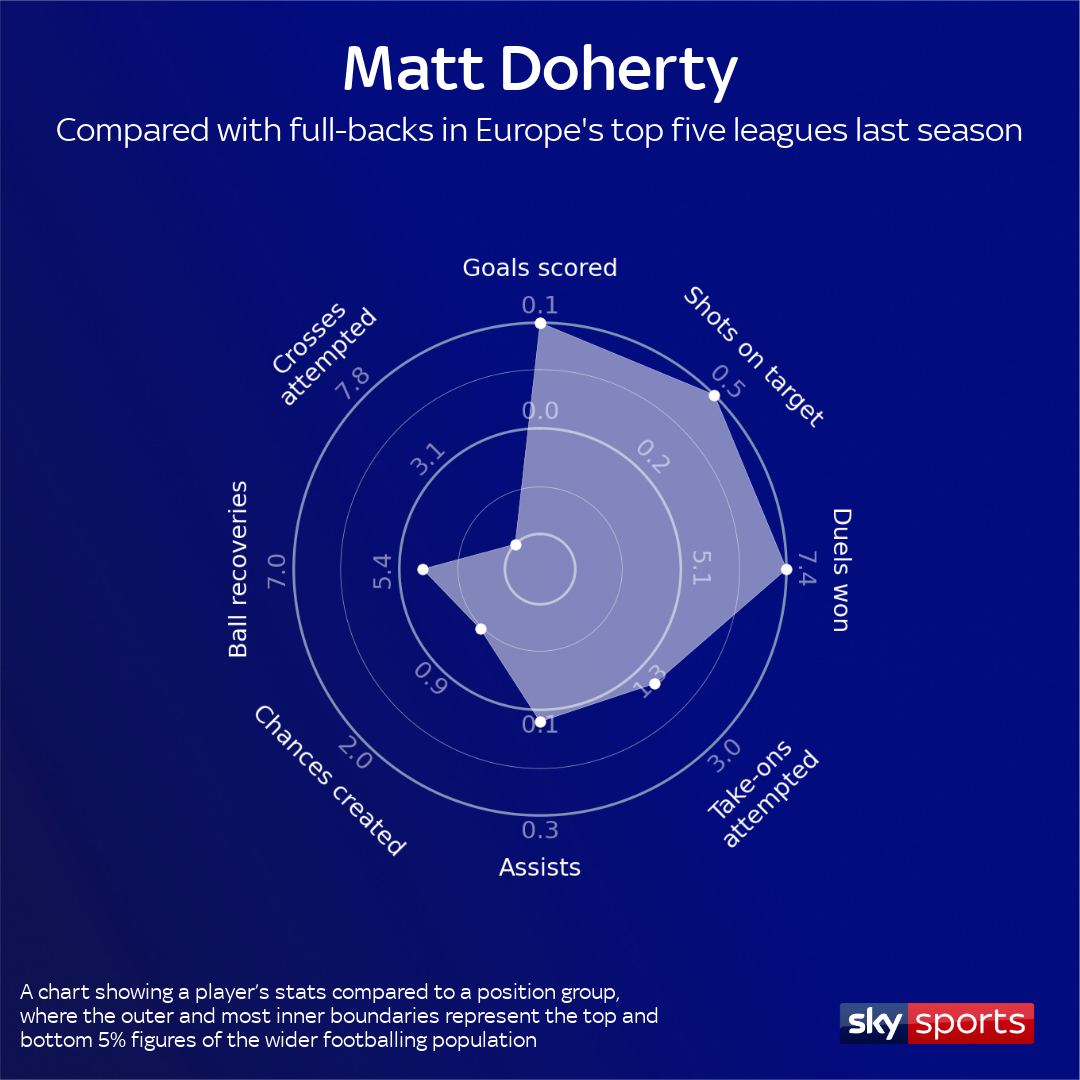