Neil Lennon has confirmed Celtic will elicit help from a psychologist if it gives the players "another edge".

The Hoops failed to qualify for the Champions League group stages for the third season in a row and in a wide-ranging interview published in The Athletic, principal shareholder Dermot Desmond spoke of a "psychological blockage" and "fear factor" in relation to Europe.

The Celtic manager does not believe mentality was an issue in the 2-1 defeat by Ferencvaros at Parkhead in the second qualifying round last month.

However, he recognises the potential benefits of an improved frame of mind.

"We are always looking to find another edge," said Lennon, whose side will travel to play the winners of the Sarajevo versus Buducnost Podgorica tie in the Europa League play-off, if they get past Riga in Latvia next week.

"Touching back on the Ferencvaros game I felt we were very unlucky. I don't think it was anything to do with the players' mindset. 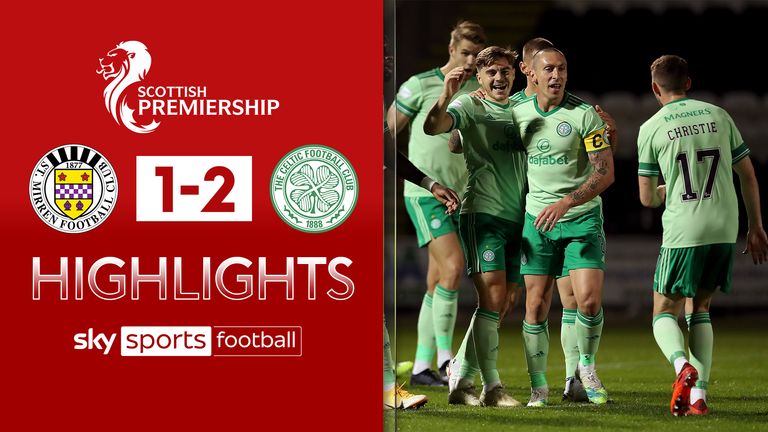 "We've equalised, we've hit the bar, we've had a goal disallowed and then we just lost concentration for a split second.

"So it was one that got away from us and you look at the this team over a period of time, mentally, they're very, very strong and they have handled big occasions and big moments very, very well.

"But we're still looking to try and improve as best we can and if that means looking at the psychological side of it, then we will.

"I spoke to Dermot, I spoke to Peter (Lawwell, chief executive) I spoke to the board, we've covered all aspects from the bosses upstairs. It can be individually or it can be as a group.

Desmond also claimed that the changing football landscape due to the coronavirus pandemic could open the door to a British League with the involvement of Rangers and Celtic.

Lennon, still looking to bring in one more player before the transfer window closes in October, was reluctant to make too much of what is an old chestnut of an idea.

The Northern Irishman said: "That may be the case, we don't really know how the landscape is going to look, if and when this pandemic ends.

"I know it's been touched upon many, many times before but there's been a lot of hurdles to overcome.

"I can't sort of give you a definitive answer on that one way or the other. We'll just have to wait and see what the future brings.

On the Europa League draw, Lennon said: "We're away so again it's difficult. Riga won this morning by the odd goal so we will do all our prep work.

"It is important that we have Europa League football going into the first half of the season. So hopefully we can negotiate Riga and then we'll see.

"We played Sarajevo before, we had a couple of decent results against them.