Premier League: Why this season is the most open in history

Tottenham's 25 points is the joint-lowest total by a Premier League leader after 12 games in Premier League history. Their seven-point gap to 10th is another joint-low. So what's behind this extraordinary table - and who will ultimately benefit?

Unpredictable. That seems just about the best word to describe the results in the top flight in 2020/21. And our study into the stats after 12 games suggests this is indeed the most open Premier League season in history.

This weekend has once again reminded us that no result is a certainty in the Premier League right now.

On Saturday, in-form Chelsea missed the chance to go top of the table by losing at Everton, who had just one win in their previous seven.

The next day, Tottenham made what looked to be a costly slip-up at Crystal Palace, only to see Liverpool fail to capitalise after a first-half shocker at Fulham. 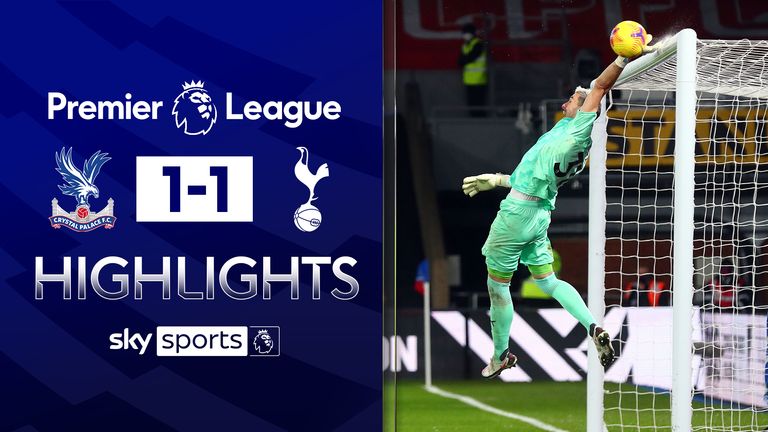 Arsenal's failings in front of goal seem to be just about the only thing we can rely on in the Premier League at the moment.

Add in the Manchester derby stalemate and this was the first round of weekend games in 12 years that City, United, Chelsea, Tottenham, Arsenal and Liverpool all failed to win.

These unlikely outcomes have been a running theme of the campaign - from the jaw-dropping shocks, such as Liverpool's thrashing at the hands of Aston Villa, to the late winners and equalisers from the underdogs.

The result is an extremely congested Premier League table. Almost a third of the way into the season, just eight points separate the top 13 sides.

In fact, it's the most congested top half after 12 games in Premier League history. 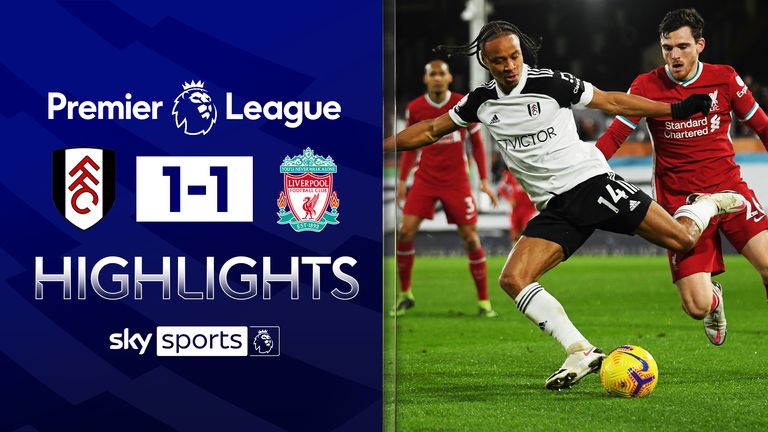 FREE TO WATCH: Highlights from Fulham's draw against Liverpool in the Premier League

Tottenham, Liverpool, Leicester, Southampton, Everton, Chelsea and Arsenal have all been top this season but it's Spurs who are currently at the summit on goal difference ahead of Liverpool.

Jose Mourinho's side have 25 points from their first dozen matches.

The gap between Spurs and 10th-placed Aston Villa is just seven points. It could have been even fewer if Villa - who have played two games less - hadn't had their clash with Newcastle earlier this month called off.

Both Tottenham's points tally and their gap to 10th are the joint-lowest figures for a Premier League leader after 12 games since the competition was formed in 1992/93.

In 2001/02, Liverpool led after 12 games with a seven-point gap to 10th-placed Blackburn - although Rovers had played two games more.

The figures combined, have never been seen over the past 28 years in the Premier League.

Why is it so tight?

This is a Premier League season like no other - not just in the results we're seeing but in its structure.

The condensed calendar, as a result of the suspension last season, left teams with a reduced pre-season and a congested fixture list. Add in three rounds of international games and the Carabao Cup and it's plain to see training ground time for crucial tactical and technical work is reduced.

Another knock-on effect from that increased workload over the past four months is the threat of injury, forcing teams to cope without key men or rotate their sides to rest players.

Teams competing in Europe have been hit hardest.

Tottenham have played 22 games in 13 weeks. Their opponents on Sunday, Crystal Palace, have played 13. Injury-hit Liverpool have logged 21, while Fulham are only up to 15.

It's levelled the playing field. "Maybe this was the weekend where we all felt it a little bit," Liverpool boss Jurgen Klopp said after the draw at Craven Cottage.

And that's before we factor in the absence of supporters, or the implications of coronavirus on club's preparations for matches or general finances, and how that affected their transfer spending plans.

So what do those stats tell us? Simply, that predicting a champion in the Premier League this season is harder than ever.

Remarkably, Manchester City - who are down in ninth and six points off top - remain favourites to win the Premier League with the bookies.

But Tottenham, Liverpool, and Chelsea have every reason to believe they have the attributes to outlast the rest in this unusual season. Leicester and Southampton supporters won't want to be left out of the conversation after their teams' impressive starts, while West Ham, Everton, and Manchester United - all above 'favourites' Man City - will feel on course for a high finish.

Yet all of these sides have had their own shocks and slip-ups, too.

Don't mention late equalisers from Newcastle and West Ham to Spurs fans. Followers of Liverpool will never forget the scoreline 7-2.

Leicester are buzzing after thrashing Brighton but it would be so much better if they had not lost at home to West Ham, Villa, and Fulham.

West Ham will feel they've only dropped points to teams they'd expect to - except for a nightmare performance at home to Newcastle.

Everton lost four out of five earlier this season, while it's been the Theatre of Screams for Manchester United at Old Trafford, with Crystal Palace and Tottenham landing historic wins there.

The bookies' boys City have been thrashed by Leicester and held by Leeds and West Ham.

Villa may have hammered the defending champions at Villa Park - but they've also lost to Leeds, Southampton and Brighton on their own patch.

Those title odds could get another shakeup on Wednesday night, when leaders Tottenham go to second-placed Liverpool.

Who will come out on top at Anfield? Liverpool are unbeaten in 65 home league games, winning 31 of the last 32.

Good luck with your prediction…