Jurgen Klopp: Liverpool signings have to be the right players after Fabinho and Joel Matip injuries

Fabinho was ruled out before the Tottenham game with a minor muscle issue; Joel Matip was substituted at half-time after damaging his ankle ligaments; Liverpool ended their five-match winless run in the Premier League with a 3-1 win against Spurs 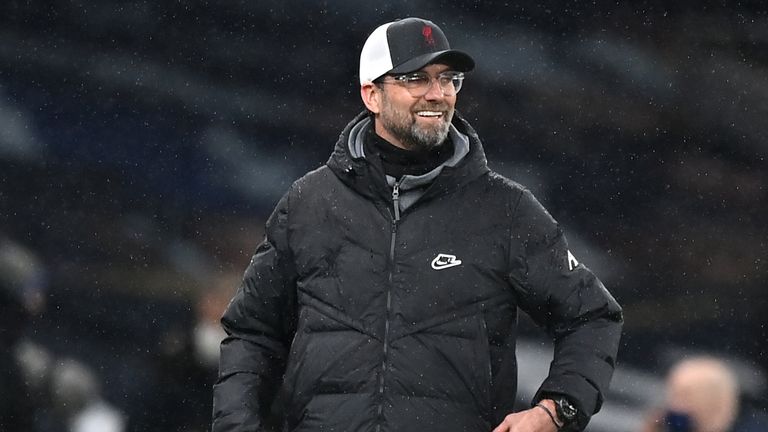 Jurgen Klopp insists any Liverpool signings "have to be the right players" after setbacks for Fabinho and Joel Matip deepened his defensive injury crisis.

Fabinho was ruled out ahead of Thursday's 3-1 win against Tottenham with a minor muscle injury, although Jordan Henderson did return to action and took up Fabinho's spot in central defence.

However, his partner at the back, Matip, was replaced at half-time after damaging his ankle ligaments, with 23-year-old Nat Phillips coming on in his place.

The injuries once again raise the question of Liverpool signing defensive reinforcements before Monday's transfer deadline, but Klopp only wants the right players in his squad.

"You can imagine that we think about everything," said Klopp. "Of course, we thought the whole time, we think the whole time, it's about doing the right thing it's not, I'm not picky or whatever, but we need to find the right player.

"We have players, still not a lot to be honest in the defensive line, it's incredible what's happening there. It's really incredible."

Klopp: The performance was us 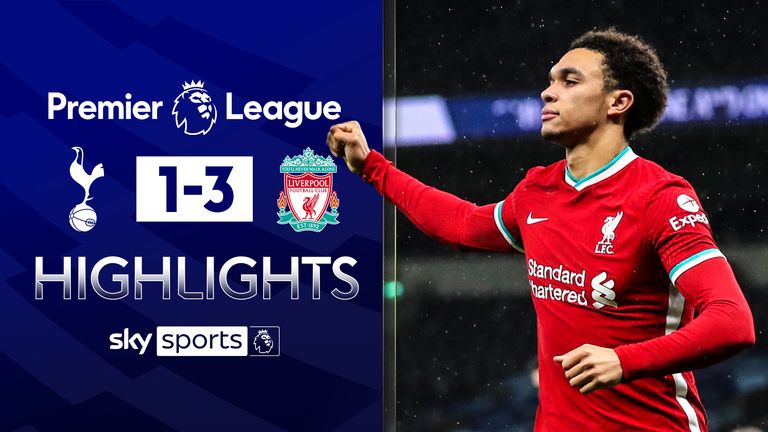 It was a convincing performance and Klopp was pleased to see the Liverpool team he knows out on the field.

He told BT Sport: "What I saw today, it's not about shape or form actually, it's like who we are and that's us. In the second half especially, that was us. There was a massive fight and football on top of that.

"I don't know the numbers but apart from a few minutes in the first half, I don't remember that they had a lot of the ball but it was always really quick with the counter-attacking and we defended really well. It was a good performance and I saw a lot of things I wanted to see."

Klopp later added: "We had the big chance very early with the wonderful play and Sadio (Mane) in a really good position. We missed the chance, I think pretty much the next situation was the goal Tottenham scored.

"That was the moment when you think 'here we go again', but then with the offside, it didn't count and then the boys just played a really good game.

"This situation in mind like that, the counter-attack when (Heung-Min) Son scored, makes it really tricky to keep the ball and pass the ball in the right moment because in a specific moment you have to increase the risk and we did that tonight.

"We made great runs, scored obviously the first goal in a perfect moment pretty much, scored the goal [and] could go into half-time in the dressing room. We got aware of the struggle of Joel Matip with his ankle, so no chance to play on, so then we tried to tell the boys that it would make sense to do a couple of things again.

"They did and fought really hard, made a proper, proper fight of it the whole night and I'm really happy about that, and played football. So, good game and a deserved win."

Mourinho: Kane out for a few weeks 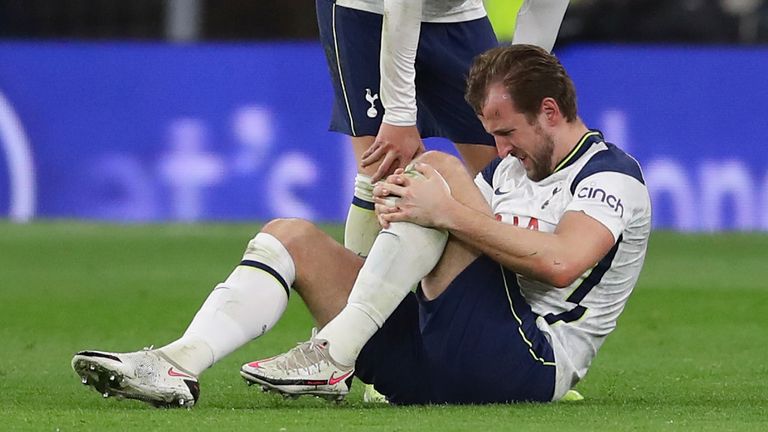 Although Mourinho told the BBC that Kane would be ruled out "for a few weeks", he subsequently added in his post-match press conference: "You know, for Harry to leave a game, when he wants to play always and with the team losing, it is not a nothing injury. For how long I cannot tell you, I don't know, we have to wait and see."

Tottenham had been unbeaten in eight games in all competitions heading into the match against Liverpool, but defensive mistakes at key moments cost them the chance of a top-four spot.

Mourinho rued those errors, but did have sympathy for Joe Rodon after he failed to control Trent Alexander-Arnold's pass for Sadio Mane's third goal.

The Tottenham head coach said: "The performance was totally affected by defensive individual mistakes. The team was very solid, very confident and in the first half we made three individual defensive mistakes. In the first minute, almost the goal in the middle of the half - a Mane shot which Hugo (Lloris) saved - and in the last minute for the goal.

"We scored a beautiful goal, it was unlucky that it was offside, and the team was solid and completely under control. To come in losing 1-0 was very frustrating, especially the nature of the goal, and at half-time to be losing 1-0, and to lose Harry was not easy. 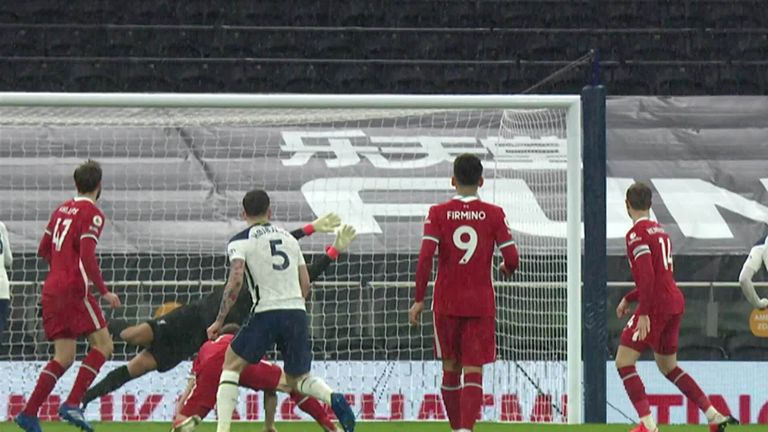 "Even so, the team comes to the second half with the intention to fight and the second goal, I don't need to speak about it. Again, a great reaction, a great goal [from Pierre-Emile Hojbjerg]. And another one, with the Firmino handball disallowed.

"The third goal hurts me because it was a mistake by a kid [Joe Rodon] that played very well. I feel very sorry for him. But I'm very happy with his performance.

"The next game he plays, for sure. He showed good personality, good concentration, he was good on the ball. He made one mistake and it's unlucky that it led to their third goal, which basically kills the game.

"But when I have a player that makes one mistake, it doesn't matter how big the mistake was, but completely out of the context of a very good solid performance, I can only support and protect the player and the best way to do it is to play the next game."