Wayne Rooney: England's win over Croatia was massive but tougher challenges lie ahead

England recorded victory in their opening match at a European Championship for the first time in their history; result sets Gareth Southgate's side up nicely to face Scotland on Friday night, leaving Rooney cautiously optimistic over their chances. 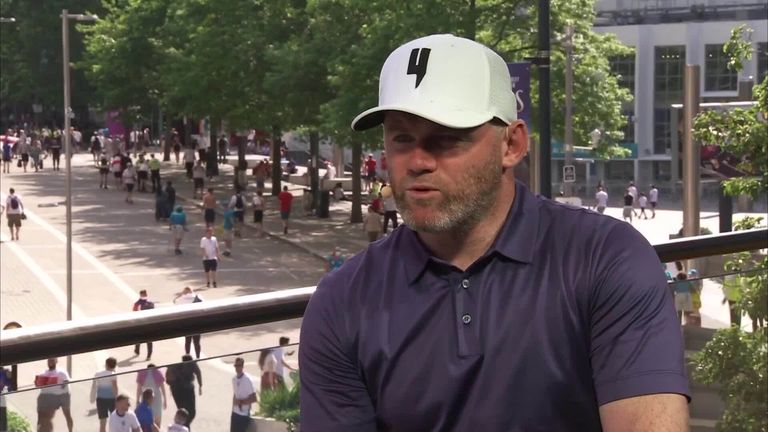 Wayne Rooney believes England’s opening Euro 2020 win over Croatia was the perfect platform for Gareth Southgate’s side but has warned tougher challenges lie ahead.

The Three Lions recorded a victory in their opening match at a European Championship for the first time in their history courtesy of Raheem Sterling's first tournament goal in sweltering conditions.

It was an ideal start to Group D which sets them up nicely to face Scotland at Wembley on Friday night, leaving Rooney cautiously optimistic over England's chances.

"To win that was massive, Croatia are a good team and it will give the players a relief that they are comfortable in the group now," Wayne Rooney told Good Morning Euros.

"They'll be a bit more relaxed going into the game against Scotland and if they didn't win they could have been a bit anxious."

"Scotland will be tough but after winning the game (against Croatia) I think England will comfortably go through to the next round.

"That's when I think it could get difficult for England - when you come up against a France, Portugal or Belgium - one of those top teams.

"There's a lot of quality in the squad, my only worry is a lack of experience - it's important Harry Maguire and Jordan Henderson get fit because they will be vital moving forward.

"Quality-wise they have as much as anyone in the competition and they have a great chance."

Gary Neville believes Gareth Southgate is England's biggest asset after he guided his side to a winning start to Euro 2020 with a 1-0 victory over Croatia at Wembley.

There had been plenty of debate about Southgate's line-up before kick-off, especially regarding the inclusion of Kieran Tripper, who is a right-back by trade, in the left-back spot ahead of Luke Shaw and Ben Chilwell.

However, alongside Kyle Walker, John Stones and Tyrone Mings, Trippier helped England to a clean sheet as Raheem Sterling scored the only goal of the game.

Neville was full of praise for the way Southgate managed England to a first win in an opening match at a European Championships.

"We can talk about Phillips or Sterling being our best player, but our biggest assets is our manager," the Sky Sports pundit said to ITV.

"The clamour in past years would have been to go for Grealish. But Southgate hasn't even brought him off the bench.

"He is vastly experienced and, as an England fan, l feel very comfortable with him. What he did today was really good."

Gareth Southgate knows his England side best... who would have thought it?! Kate Burlaga is joined by Pete Smith, Jess Creighton and Gerard Brand to discuss England's victory over Croatia in their Euro 2020 opener at Wembley, as Raheem Sterling answers his critics with the only goal.

The panel discuss Southgate's surprise selections and controlling performance, and look ahead to England's next Group D game against Scotland on Friday. We also preview the Scots' first major tournament game in 23 years as they face Czech Republic on Monday.

Geraint Hughes also joins us to review Wales' hard-fought 1-1 draw in Switzerland in Group A on Saturday.