Liverpool defender Andy Robertson feels Scotland are not respected "as much as we would like" going into Euro 2020 group game against England; clash at Wembley in second round of Group D fixtures; England beat Croatia in first game while Scotland lost to Czech Republic

Andy Robertson feels Scotland's Euro 2020 clash with England is a chance to prove to they are worthy of more respect from their oldest rivals.

The two Home Nations meet on Friday evening in their second Group D fixture with England having beaten Croatia 1-0 in their first and Scotland losing theirs 2-0 to Czech Republic.

Scotland are playing in their first international tournament since the 1998 World Cup, and Robertson feels the fact they have ended a 23-year qualifying drought means they are more respected by England now, but still not enough.

"I think we're probably respected more now because we've qualified for a tournament but we're still not as respected as much as we would all like," he said.

"A chance to play against England is a chance to show people that doubt Scottish football what we can do. We gave them a tough game in 2017 and we'll need the same performance levels as that night."

That 2017 meeting between the sides was a World Cup qualifier in which Scotland led 2-1 going into injury-time only for Harry Kane to score a late equaliser. 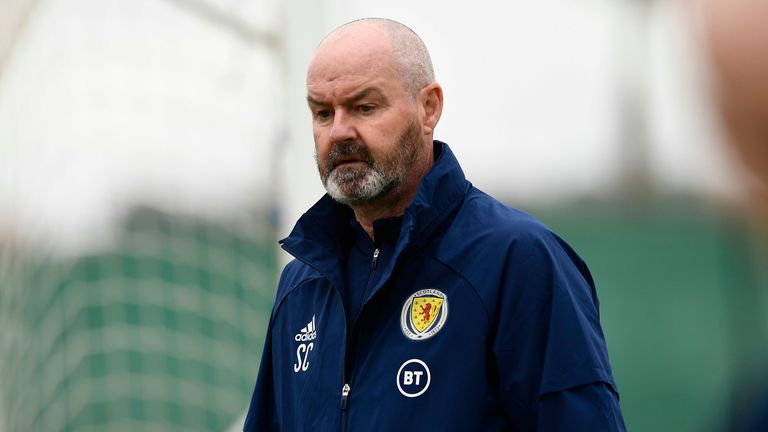 Hampden Park hearts were broken by that moment but Robertson says he has never played in an atmosphere like that one, with the Scots so close to a famous victory courtesy of two Leigh Griffiths goals from free-kicks.

"That England game was definitely the best atmosphere I've played in in terms of a Scotland game," he said. "I've never heard noise like that at Hampden when Griff (Griffiths) put in those free-kicks and I've probably also never heard a stadium go quietly so quickly when Harry Kane equalised.

"They showed they have the quality that day and that they can go to the end but I think we've adapted since that day.

"A lot has changed since then, and has changed in the England squad too. It'll be a tough game, they're one of the favourites to win the tournament and to beat us but if we can get our game plan right I do believe we can get a result."