Arsenal in advanced talks with Brighton over the signing of Ben White, deal could be worth in excess of £50m with personal terms not expected to be a problem; defender was called up to Gareth Southgate's England squad as a replacement for injured Trent Alexander-Arnold 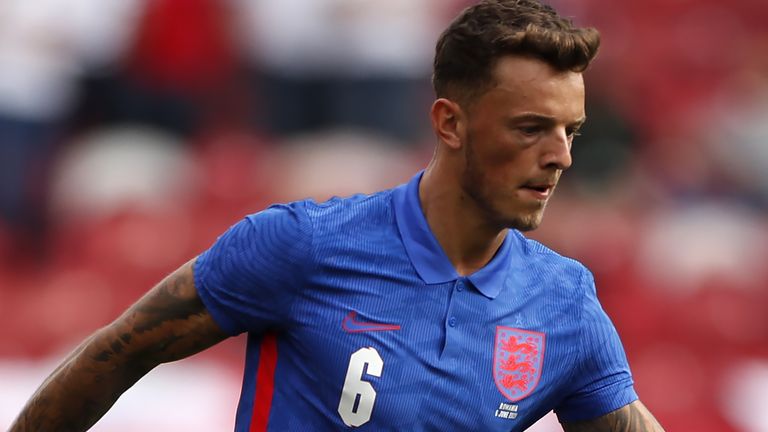 Dharmesh Sheth reports Arsenal are in advanced talks with Brighton over a potential £50m deal for England centre-back Ben White.

Arsenal are in advanced talks with Brighton over the signing of defender Ben White.

Sky Sports News reported Arsenal had a £40m bid rejected last week and discussions are continuing over a deal that could be worth in excess of £50m.

Brighton have not made public their asking price but club owner Tony Bloom will not stand in White's way if he wants to leave - provided that valuation is met.

Negotiations are centred on the structure of payments and personal terms are not expected to be a problem, as all parties are hopeful a deal can be completed.

There remains a gap in the valuation and a difference in how the deal would be structured, with Brighton under no pressure to sell.

White, who is predominantly a centre-back but can also provide cover in midfield, made 36 Premier League appearances for Brighton last season after spending the 2019/20 season on loan at Leeds.

He impressed as Brighton survived relegation and finished 16th in the Premier League with the joint-best defence in the bottom half of the league as they conceded 46 goals.

White earned his first England call-up in May when he was named in Gareth Southgate's provisional 33-man squad for Euro 2020 and made his full international debut in a warm-up match against Austria.

He was originally left out of Southgate's 26-man squad, but later replaced the injured Liverpool right-back Trent Alexander-Arnold after he suffered a thigh problem against Austria.

Meanwhile, Arsenal remain in talks with Roma over the sale of Swiss midfielder Granit Xhaka.

There is still a small gap in valuation, but all parties are confident a resolution will be found, with any deal likely to be finalised after Xhaka's participation in the Euros with Switzerland.

Matteo Guendouzi could be another player set to leave Arsenal in the near future, as Marseille continue talks over a potential move for the midfielder and Benfica remain interested.

Guendouzi was on loan at Hertha Berlin last season and is not in Mikel Arteta's long term plans. Arsenal prefer a permanent transfer, or a loan with an obligation to buy at the very least.

Arsenal are also in positive talks with Anderlecht over the signing of midfielder Albert Sambi Lokonga.

A fee for the Belgium U21 international is yet to be agreed but the two sides are not far apart in valuation, with personal terms not expected to be an issue.

What is knock-on effect of White deal?

"This is big news for Arsenal. You will remember that last week we reported that they had a bid of around £40m rejected by Brighton for White, but they've had further discussions and negotiations are continuing. They're at a very positive stage I'm told over a deal that could be worth in excess of £50m.

"The negotiations are centred on the structure of the payments but personal terms are not thought to be a problem and I've been told that all parties are 'cautiously optimistic' that a deal can de done.

"A couple of players at Arsenal could be affected. Konstantinos Mavropanos, who has been on loan for the past couple of seasons, is close to a loan move back to Stuttgart with an obligation to buy depending on certain conditions - basically their performance over the course of next season.

"The other player it could impact is William Saliba, who joined Arsenal from St Etienne in the summer of 2019. He went straight back on loan for a season and then spent last season on loan at Nice. He's someone who was signed before Mikel Arteta arrived at the club, under the guidance of Unai Emery and Raul Sanllehi.

"My information is that by the time pre-season re-starts, Saliba will have had talks with the Arsenal hierarchy to discuss whether it's best to remain at the club next season, to go out on loan or to move permanently out of Arsenal. If White joins, there will be quite a lot of players in front of him so there will be discussions over how to best serve the player. He could move down the pecking order." 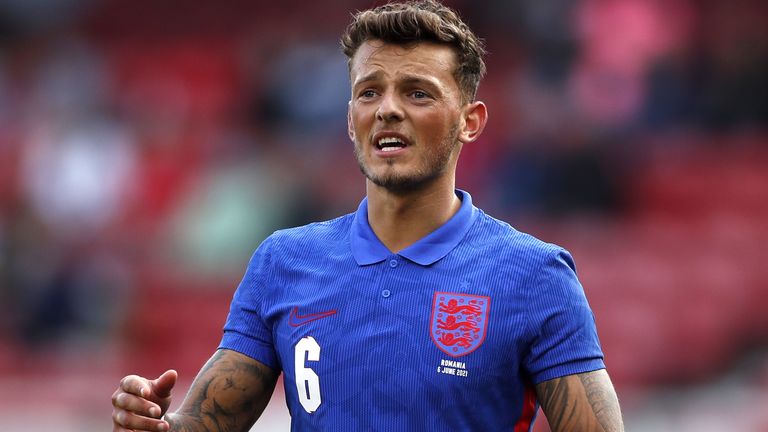 Newport manager Michael Flynn gave Ben White his Football League debut in 2017 and believes he has all the qualities to succeed at the highest level after being named in England's Euro 2020 squad.