Ilkay Gundogan has suffered a "cranial bruise" while Antonio Rudiger and Robin Gosens are experiencing "symptoms of a cold"; Joachim Low: "I don't know if these players will be at [our] disposal, I can't say it yet, but we will have other solutions"

Ilkay Gundogan, Antonio Rudiger and Robin Gosens are all doubts for Germany's Euro 2020 round-of-16 clash with England at Wembley on Tuesday.

Joachim Low's side travel to London after a mixed group phase in which they recorded a 1-0 defeat to France and a 4-2 victory against Portugal before salvaging a 2-2 draw against Hungary, all on home soil at the Allianz Arena in Munich.

Gundogan was substituted on 58 minutes after sustaining a bruised skull against Hungary and did not train fully with the squad on Monday, while Gosens, who starred and scored against Portugal, along with Chelsea defender Rudiger, are suffering with "cold symptoms".

The key trio have started each of Germany's games so far at Euro 2020 but Low is unsure if he will have them at his disposal for their crucial last-16 tie.

Low said on Monday of Manchester City's Gundogan: "Well Ilkay, he suffered this cranial bruise and before he still felt a little bit dizzy, especially in training, so we said, 'OK, we have to stop his load', and for today he did a good job of 13 minutes so we have to decide about tomorrow. 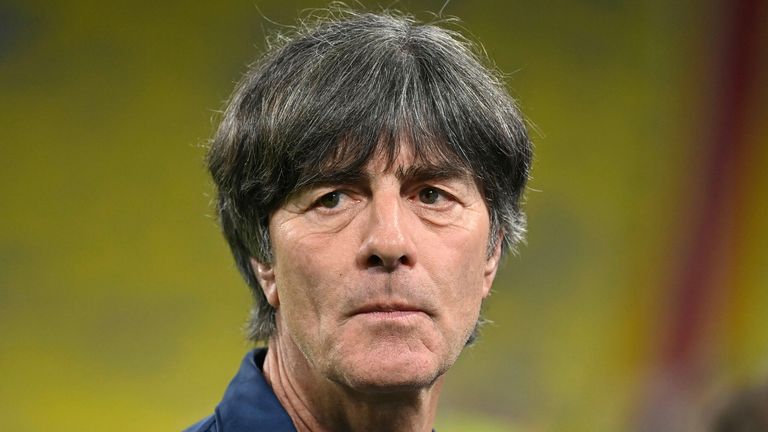 "Ilkay couldn't participate in the whole team training, but this was discussed and agreed on before."

The potential unavailability of Gundogan could see Bayern Munich's Leon Goretzka called up after he came on to replace the City midfielder and netted Germany's equaliser against Hungary.

When asked about Rudiger and Gosens, Low said: "About the other two they had caught a cold, symptoms of a cold, they haven't felt so well, not powerful and so we took some blood samples and there are low infections, small infections.

"Maybe it gets better in one day, maybe they get up tomorrow and feel well already but maybe, on the other hand, it can get worse overnight so we have to wait until tomorrow.

"I don't know if these players will be at [our] disposal, I can't say it yet, but we will have other solutions."

Germany, winners of the Euros in 1972, 1980 and 1996, have a successful track record both in the tournament and in competitive action against England ahead of Tuesday's tie.

The national team have reached either the semi-finals or the final of the competition since their surprise early exit at Euro 2004 and England have not beaten Germany in a knockout match of a major tournament since the 1966 World Cup final.

Low was in charge when Germany inflicted a 4-1 defeat on the Three Lions in the last 16 of the 2010 World Cup in South Africa, which is the two countries' last competitive meeting.

🎙️ @Manuel_Neuer on #ENGGER: "We are highly motivated and are excited to play a knockout game. Every one of us will give everything to try and win this game." #EURO2020 #GER #DieMannschaft pic.twitter.com/1wAHFC8KiL

The head coach is fully aware of the historical rivalry between England and Germany and says his players are fired up for the occasion at Wembley, where an expected 40,000 fans will be watching on.

He said: 'Well I think that all the matches that have taken place between England and Germany, you talk about them for years afterwards.

"This is a match that electrifies everybody, for both teams it is in and out, now or never a winner and a loser, one team goes home. There is a lot at stake, what I feel is that we are highly motivated, all the players are.

"We have analysed after our match against Hungary, we are looking forward to this great encounter and evening ahead.

"We shouldn't think about maybe trying to present a lot of spectacular or beautiful football and in the end lose it, you want to win such a match and you can win such a match only if you show a good performance. 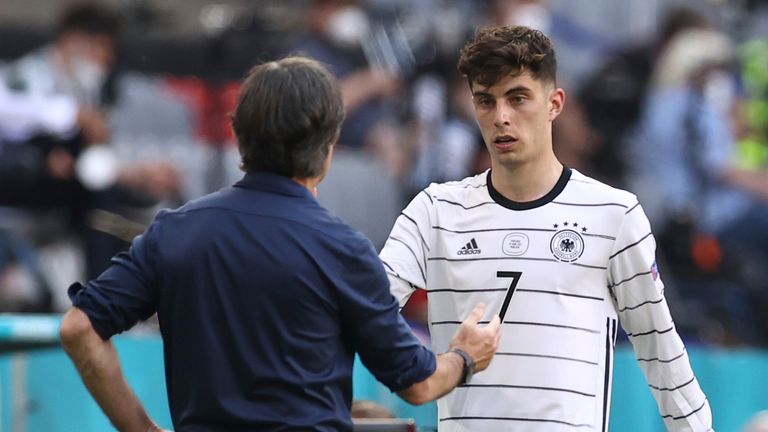 Low, who guided Germany to World Cup glory in 2014, will step down after Euro 2020 with Hansi Flick, Low's former assistant with the national team, set to take his place.

The head coach has been in charge since replacing Jurgen Klinsmann in 2006, but in March it was announced the 61-year-old will be ending his contract early.

"There is great anticipation, joy. This is why you become a coach, you have passion to compete in matches tomorrow night. My whole focus is on the match tomorrow night and hope we will succeed."

Tuesday's winners will travel to Rome's Stadio Olimpico to take on Sweden or Ukraine in the quarter-finals on July 3.

Jamal Musiala insists he will have no mixed emotions in the showdown with "second home" England.

The Bayern Munich midfielder, 18, became Germany's youngest player to feature in a major tournament when he came on in the draw against Hungary in Group F.

The former Chelsea academy player, born in Stuttgart to a British-Nigerian father and a German mother, opted to represent his birth country in February this year having already represented England at U21 level.

When asked if Germany's last-16 tie at Wembley will be a difficult game for him emotionally, Musiala told the German Football Association's website: "No, I made a conscious decision to play for Germany but of course it's no ordinary game for me.

"England is my second home and I had a lot of great years there, made a lot of friends and learnt a great deal.

"I don't want to forget my time there and it's not something you can just shrug off. It will be a special match for me.

"I'm of course aware that there is a rivalry that goes back a long way. I still remember it being a big deal in England whenever they played Germany, so I have experiences of it.

"I'm looking forward to the next one now. For me personally, it's just about winning this game and reaching the next round - all the things that have gone before aren't that important."