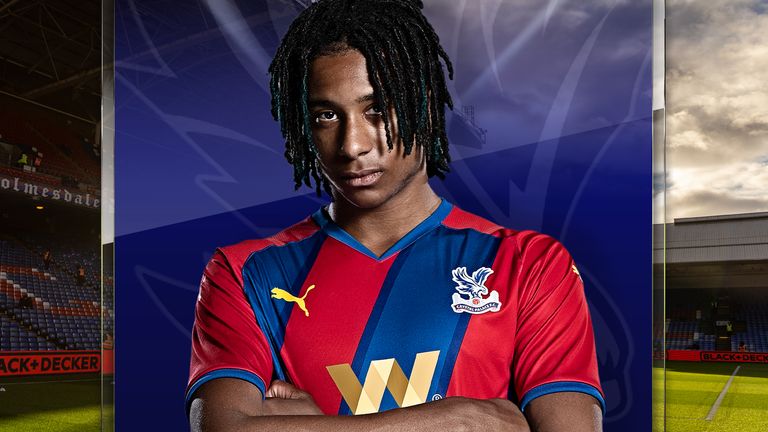 Watch Michael Olise's best moments for Crystal Palace in his first season in the Premier League...

Michael Olise has caught the eye of Gareth Southgate with his performances for Crystal Palace and is on the England manager's radar after an impressive debut Premier League season. But what makes him so special? Sky Sports takes a look ahead of Palace's Monday Night Football clash against Manchester City...

The 20-year-old became Patrick Vieira's first Palace signing of the summer after impressing for Reading as a teenager, registering seven goals and 12 assists in the Championship in his first full season of professional football.

It was a "difficult first few months" for Olise at Palace, says head coach Vieira, as he arrived carrying an injury, which held him to just two starts in 2021. However, since the turn of the year, Olise has been unleashed on defences up and down the country week in week out and proven himself to be quite the bargain at just £8m, ranking highly among Europe's top under-21 creators.

He is the archetypal modern right-winger - think Arjen Robben or Riyad Mahrez. Always keen to cut in on to his favoured left-foot, defenders try to show Olise down the line, but time and time again he finds a way back inside and so often to devastating effect.

Olise's level of performances come as no surprise to Vieira - "we knew how good he was" - and he hopes they can keep hold of the winger for a "long time". The Palace boss has been pleased with Olise's versatility, having deployed him as a No 10 in recent weeks, but feels "he needs to improve out of possession" if he is to become a "complete player". 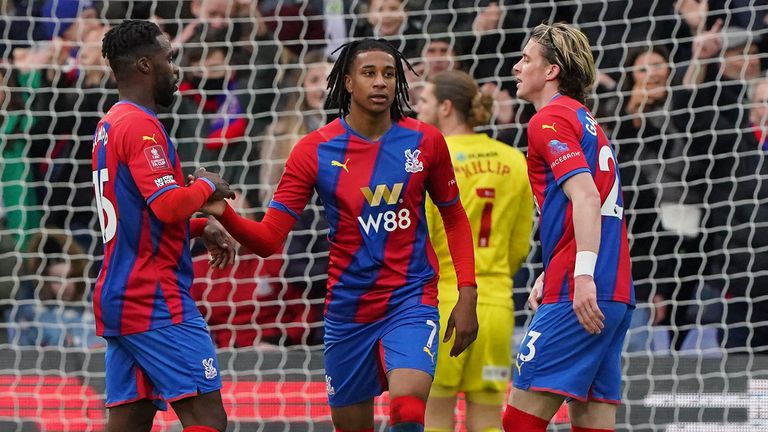 The Hammersmith-born player's journey to the Premier League has been less than straight forward, spending time with Chelsea and Manchester City's academies before breaking through at Reading. But with top clubs, including Bayern Munich and Arsenal, reportedly interested in him, he is now showing he has the potential to go all the way to the top.

What makes Olise so special?

"We are talking about a player who will bring people to the stadium," former Reading boss Jose Gomes told Sky Sports' Adam Bate last March. "It is impossible not to feel happiness when watching his movements and his technical ability."

Olise has delivered on the promise which encouraged Gomes to hand the then 17-year-old his debut against Leeds three years ago, becoming one of Europe's most productive young creators.

Across Europe's top five leagues, no player under the age of 21 has registered more assists per 90 minutes (0.5), with Olise effectively averaging one every other game since the start of the season, outperforming Bayern Munich's Jamal Musiala, Borussia Dortmund's Jude Bellingham and Arsenal's Bukayo Saka.

In addition to that, Olise has the third-highest goal contributions per 90 minutes excluding penalties across the same category (0.7), with only Bayer Leverkusen's Florian Wirtz (0.83) and Reims' Hugo Ekitike (0.79) - a £33m target for Newcastle in January - boasting a superior return.

If we look at his numbers since the start of 2022 - when Olise has started all but two of Palace's games - the midfielder has maintained his levels of productivity and continues to rank highly among the top U21 creators across the Premier League and Europe.

No U21 player in England's top flight has registered as many assists (3) as Olise in 2022, with only Saka able to match his goal involvements (4) in that period, excluding penalties. England international Saka is the only U21 player who has created more chances per 90 minutes in the Premier League this season.

Where does Olise's international future lie?

"Olise is being considered by Southgate for an England call-up, but the 20-year-old's international future remains up in the air. Born in London to a Nigerian father and a French-Algerian mother, Olise is technically eligible to play for four different countries.

"The Palace winger last played international football for France under-18s three years ago, and has been named in Nigerian squads since, but never joined up. 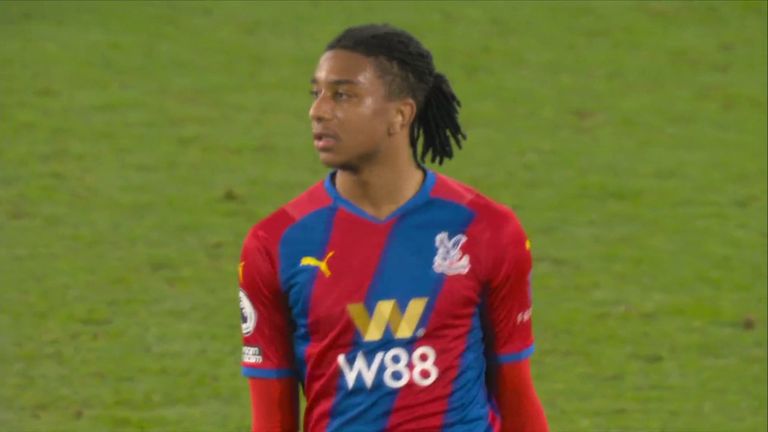 Speaking in February, Clinton Morrison backs Olise to play a big role for Palace in the second half of the season

"Southgate may decide the next squad selection - which is being announced on Thursday - is not right for Olise. Even if he were to be involved in either of England's two friendlies against Switzerland or Ivory Coast, that wouldn't secure Olise's international future.

"FIFA regulations say that players under the age of 21 can still switch allegiance until they have played three competitive matches for a particular country.

"And also, Southgate would need to be convinced that England was Olise's nation of choice. The England boss has spoken passionately in the past of allowing young multi-national players the space to make their own decisions about their international future.

"Southgate has always been clear that he won't offer up international caps to try to win a player's allegiance to England. A stance which was highlighted when there was growing clamour for Manchester United forward Anthony Elanga to be given an England call-up.

"Sky Sports News reported that even though Elanga is eligible for England on the basis of residency, he has come through the junior ranks with Sweden, and identifies as Swedish."

"Credit to Crystal Palace and their recruitment team. They got this done early. No bidding wars, no transfer games, deal done and looking back, the £8m fee looks like unbelievable business now. There's so much talent in the Championship - something Palace are fully aware of.

"It was a slowish start due to injuries but we're starting to see something special. A few years ago, Palace were a one-man team. The fans won't mind me saying it but the over-reliance on Wilfried Zaha wasn't healthy, but he's now just a number of exciting forwards.

"Olise's performance at Wolves reminded me of a computer game, the way he just glides with the ball, spraying it from one side to the other. He reminds me of Mahrez, so dangerous on that right-hand side, cutting in with that left foot.

"He's obviously got a decision to make regarding his international future, but he's got good people around him and a great leader in Vieira for advice, even though he's said recently he'll let Olise make the decision.

"He's got huge potential. Just 20 years of age. He could go right to the very top. Ultimately, the clubs at the top of the league will start sniffing, but I firmly believe he's at the perfect club right now and for the next few years at least.

"It's exciting times at Palace and Olise is right at the heart of it."