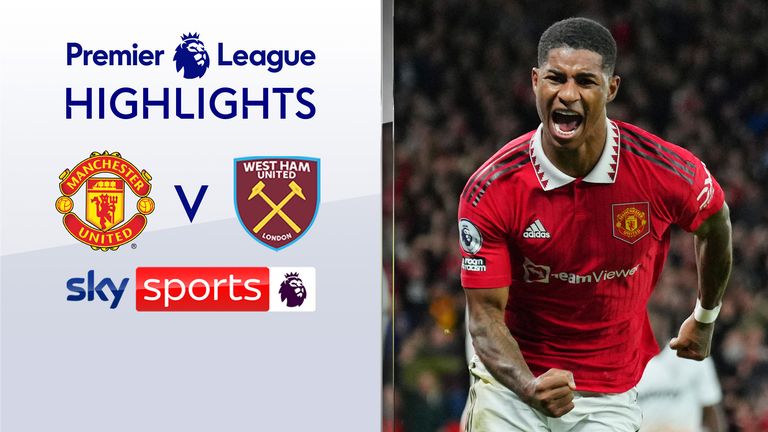 "Harry Maguire has to get used to playing on the right side of Manchester United's defence because there is no way he's going to get his spot on the left side. Lisandro Martínez has made that position his own."

It was midway through the first half when Gary Neville made the forthright claim and against West Ham there was evidence throughout as to why he is right.

Martinez was ridiculed in some quarters for his height as a centre-back when he first arrived in England, but the former Ajax defender is emerging as one of the standout performers in the Premier League this season.

At various points of a game which had United fans and Erik ten Hag agitated, it was Martinez who diffused situations. As early as the opening two minutes, it was Maguire who was caught high up the pitch but Martinez read the danger to block Said Benrahma's shot. It set the tone for another immaculate display.

"He has been Man Utd's best player by a mile, Martinez," said Neville on the hour-mark. "The Man Utd fans are singing for him."

Argentina! The cry from the Stretford End. There were other impressive performers in defence, particularly from David de Gea and Diogo Dalot, but it is Martinez who is the new leader at the back. Those around him feed on his insatiable appetite never to be beaten.

Pep Guardiola said that United are 'finally back' heading into the weekend, and while suggestions they are involved in any title race may be premature based on Sunday's evidence, it is the warrior-like spirit of Martinez that is laying the foundations of this indisputable if tentative revival.
Ben Grounds FREE TO WATCH: Highlights from Arsenal's win against Nottingham Forest in the Premier League.

Anyone not following this game will have likely done a double-take when they saw who got two goals for Arsenal here, just where did Reiss Nelson come from?

The 22-year-old has barely featured for the Gunners over the last two seasons, spending last term impressing on loan at Europa Conference League finalists Feyenoord in Holland, but Nelson took his chance with both hands right from the off.

Within seconds of coming on he found himself in a good pocket of space on the edge of the area in the build-up of one of countless Arsenal attacks on the Forest backline. By the hour mark, he was not just looking at home in the Gunners attack - he was driving it.

Two goals and an assist in eight second-half minutes earned him a player-of-the-match display and Arsenal aren't just looking stronger in the Premier League table now - they look better in squad depth too.

A lot of questions have been asked about Arsenal's depth compared to Manchester City's in this Premier League title race. The Gunners have looked tired in recent weeks, with a particular reliance on Saka to produce singular golden moments.

But Nelson now adds to that depth at right-wing, considered a dangerous area for Arsenal in terms of numbers due to the intensity of Saka's play and the risk of him getting hurt, like he did on Sunday.

If Nelson can keep producing - and Arsenal add to midfield to support Thomas Partey, who was excellent on Sunday - then the Gunners may have the numbers required to keep up their title credentials after the World Cup.
Sam Blitz 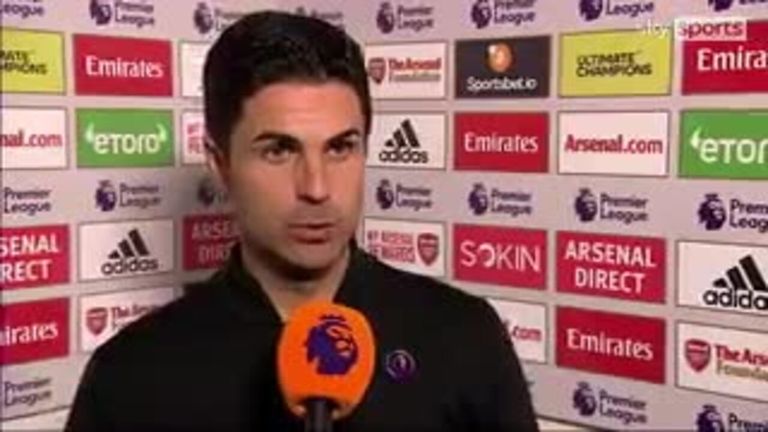 Gabriel Jesus was desperate to score and Mikel Arteta wanted it too, allowing the Brazilian to complete the 90 minutes in Arsenal's 5-0 thrashing of Nottingham Forest despite using the latter stages of the game to rest other key players.

The goal did not arrive, Jesus somehow missing a close-range opportunity at the far post in the final few minutes and also having a one-on-one effort well saved by Forest's Dean Henderson.

But does it really matter if he doesn't find the net when he does so much else for this side?

His seven-game scoreless streak is of course a source of frustration, but this was another example of how Jesus has transformed Arsenal as an attacking force since his arrival from Manchester City.

As always, he was a furiously busy presence from the start, working tirelessly out of possession and pulling Forest defenders out of position with his movement to the flanks while also providing plenty of threat in the opposition box.

In fact, his total of 17 touches in the box was the most by any player in any Premier League game all season. Jesus had seven shots without scoring, but there were two assists, the Brazilian setting up Reiss Nelson for the third goal and Martin Odegaard for the fifth.

It is fitting, in a way, that he now has as many assists as he does goals in the Premier League this season.

This is a player who sacrifices himself for the team; a player who makes those around him better. Goal drought or not, Arsenal are feeling the benefits of his presence.
Nick Wright West Ham manager David Moyes was full of praise for his players despite their loss to Manchester United and believes all they need to do be more clinical in front of goal.

David Moyes had his arms outstretched as he trudged onto familiar soil at full-time and headed for the one Manchester United player who is still in their 25-man squad from when the Scot was manager here eight years ago.

David de Gea was virtually an ever-present, missing just one Premier League game in Moyes' ill-fated reign at Old Trafford, but it was during that campaign that the Spaniard slowly began to grow in statute after an indifferent start to life in Manchester.

It was therefore entirely fitting that it would be De Gea who would deny Moyes a late point back on his old stomping ground, standing in his way to keep out Kurt Zouma and Declan Rice efforts late on.

Moyes has never won an away Premier League game at United in 16 attempts, failing on 11 occasions with Everton, once with Sunderland and now four times and counting with current side West Ham.

"David de Gea was fantastic," said Moyes. "We know how good a goalkeeper he is and he's been such a good goalkeeper for many years here. I hoped he wouldn't have got one of those two he saved today as they were worldies. I'm pleased for him as he's a great guy but I'm really disappointed as it was important we got something."

West Ham don't look like a side who should be struggling on their travels, and this latest performance warranted a point against a below-par United. But the Hammers have now lost 11 away Premier League games in 2022, with no side losing more. It is their most away Premier League defeats in a year since 2013.

For their fortunes to change, Moyes must make his side more clinical in front of goal. It is their form away from the London Stadium that is keeping them ensconced for now in the bottom half.
Ben Grounds

It looked like Nottingham Forest had turned a corner. Three games in a row in which they didn't concede a goal form open play. Now five goals were put past Steve Cooper's side and old wounds have been reopened.

A few weeks ago, Cooper was complaining about the number of "soft" goals the newly-promoted side had conceded at the start of the campaign. But shutouts against Brighton and Liverpool gave them hope. Now it looks like the reasoning for those clean sheets were attacking deficiencies rather than defensive resilience.

The Forest manager cut a frustrated figure for much of the second half, throwing his arms up in the air as his midfield and defence were pierced open with consummate ease by the excellent Thomas Partey and company. 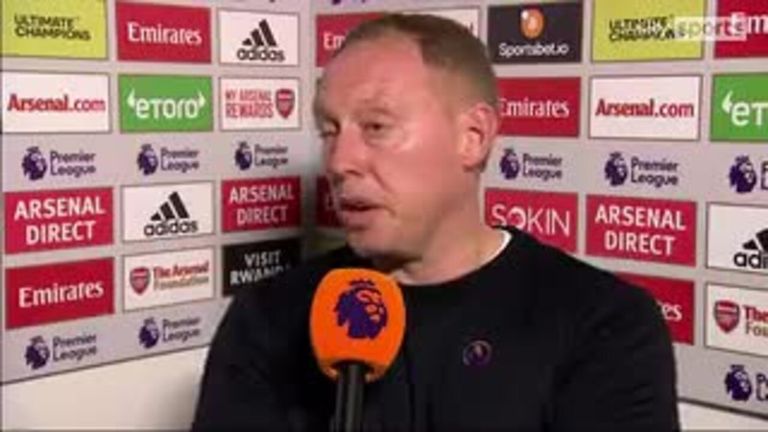 Nottingham Forest boss Steve Cooper was frustrated with a heavy defeat to Arsenal on Sunday.

And back came the soft goals. Forest gave the ball away to Takehiro Tomiyasu for the first, Gabriel Jesus' cross to Reiss Nelson should have been defended for the third. Partey and Martin Odegaard were almost invited to have a shot on goal for four and five.

Forest's season won't be defined by matches away at Arsenal - their next two matches at home to Brentford and Crystal Palace will. But part of this conundrum is how well they can defend as a general unit.
Sam Blitz