Gareth Southgate: England manager calls for team to be better after beating Iran 6-2 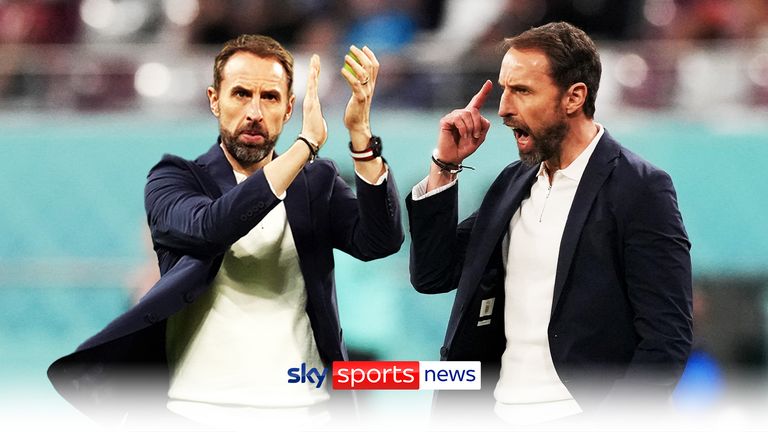 Gareth Southgate warned his England players their World Cup progress will end early in Qatar unless they cut out the sloppiness that crept in towards the end of Monday's 6-2 win against Iran.

England opened up their Group B campaign in Qatar in stunning fashion as they comfortably rolled past Iran, leading 3-0 in a stoppage-laden opening half before adding three more goals after the break.

Southgate was not pleased with the manner in which his side allowed Iran to score both goals - and admitted England will have to up their game in their next game against the United States on Friday.

"We're really pleased to start the tournament in this way and really pleased with our attacking play," he said. "We know that Iran are difficult to score goals against so it's a credit to our players of the movement, the quality of our passing and finishing.

"At the end of the game, to concede two goals the way we did is not the level we need. We need to be better than we were today against the USA because they will be coming for us full throttle. We will have to reset.

"I don't like games that drift and there were so many added minutes in both halves. I understand games drift, but that won't be enough for us to progress. We still have a lot to do to qualify."

Despite the dominance in the scoreline and the territory, with England enjoying 78 per cent of the possession, there were reasons for concerns when captain Harry Kane and defender Harry Maguire picked up second-half knocks.

Kane went down in the 48th minute after a challenge from Iran defender Morteza Pouraliganji and - after being replaced in the 75th minute - was seen with light ankle strapping on his leg after the match.

Maguire, meanwhile, went down with illness after Taremi scored Iran's first goal and was replaced immediately by Eric Dier.

Speaking about the defender's withdrawal, Southgate said: "He felt ill and he had flagged it just before the goal and given the state of the game, he felt there was no point carrying on. Other than that, I haven't seen anything of concern.

"I think Harry (Kane) is fine. It looked a bad tackle but he carried on in the game and we took him off because he felt there was a moment we could do that." 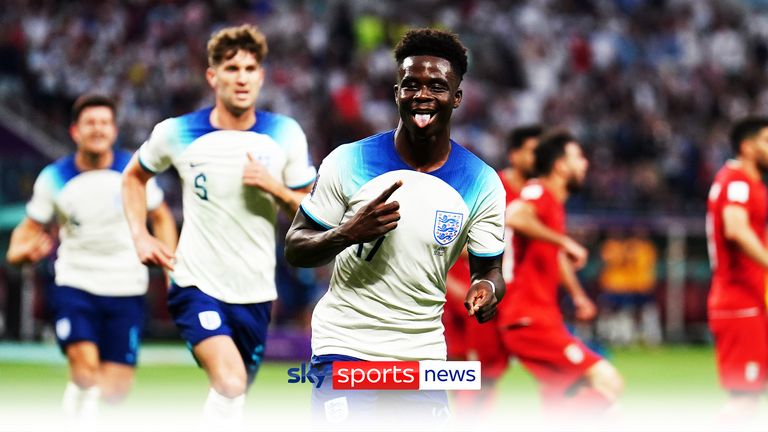 The headlines from game were dominated by Saka's two-goal heroics, with the Arsenal winger playing in his first major tournament match for England since his penalty shootout miss in the Euro 2020 final.

In July of last year, Saka missed the crucial spot-kick against Italy at Wembley to give them victory and the forward was subjected to racist abuse online along with Marcus Rashford and Jadon Sancho, who also missed in the shootout.

Recalling that moment after the Iran match, Saka said: "It's quite a while ago now but it's a moment that has been with me and will be with me forever.

"But I feel so blessed and grateful to have coaching staff, not only here with Gareth and England - but also at Arsenal. My friends and family who put my arm around me and the love of my team-mates and the nation to help me get back into a good place.

"When I feel that love around me, I feel confident in myself. When I put on an England shirt, I always put in 110 per cent and do my best to do my nation proud."

Southgate: England players shouldn't have to deal with OneLove issue

Gareth Southgate says the England team were not distracted by the decision not to wear the OneLove armband, but insists 'people know what we stand for'

Off-field issues dominated the build-up to the Group B opener with England announcing just three hours before kick-off that Harry Kane would not wear the OneLove armband at the World Cup in Qatar.

Sky Sports News revealed Kane and the eight other captains of national teams set to unveil the armband would likely receive sporting disciplinary action from FIFA due to a breach of tournament rules, namely a yellow card or potentially a one-match ban for the skipper.

Instead, Kane walked out with a 'No Discrimination' armband made by FIFA, while every England player took a knee before kick-off in supporting of equality and inclusion.

Speaking about the OneLove controversy, Southgate said it is not fair on the England players to be distracted by it and the group's focus is on playing well at this World Cup.

"It's not something myself and the players have been involved with in the last 24 hours," the England manager said. "Those discussions have been ongoing between several European nations and FIFA.

"I do understand FIFA's situation in that you can set a precedent and it's difficult where to draw the line. I think in an ideal world, that would have been a much clearer situation earlier.

"It has not been a distraction for us. We had to focus on the football, we can't be involved in that now. We have to concentrate on performances and training, especially the players. It's not for them to have to deal with that. 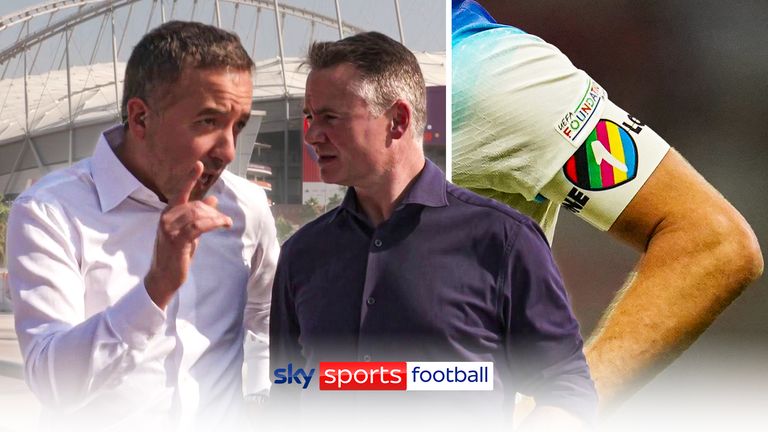 Rob Dorsett and Kaveh Solhekol analyse why England, Wales and other European nations have decided not to wear the OneLove armband at the World Cup in Qatar

"People know who we stand for, people know this group of players. We took the knee as we felt we could make a difference. There are other things where we can't make a difference, so we have to channel our energy in other directions.

"Every coach has the right to focus on the football. There are other issues we want to speak about, for 12 months we have done that. But this is a World Cup.

"We won't refuse to answer anything and there's nothing I won't speak about, but the predominant part of my energy has to be on preparing the team. Other people at our federation have to deal with other issues. It's not the responsibility of the players, they didn't decide where we are. That's my feeling at the moment."

Iran also faced pre-tournament controversy regarding off-pitch matters, with calls for the nation to be banned from the World Cup over their women's rights record.

Amini died after being arrested by the regime's so-called morality police for an alleged breach of their Islamic dress code.

Iran players refused to sing their national anthem, which their fans were seen booing alongside holding up banners in support of women in their country.

After their defeat to England, Iran manager Carlos Queiroz hit out at fans who booed throughout their Group B opener, saying that his players do not need the distraction.

"In 2014 and 2018, we had full support from the fans," said Queiroz. "Now you saw what happened today. If Iran fans want to come here and not support the team, they should stay home.

"The fans should let the boys focus on football. All Iranians are welcome. They can be pleased or criticise the team. But those that come to disturb the team with the issues that are not about football opinions, they are not welcome. Our boys are just simple football boys. They represent their country."

Queiroz also defended the manner in which Iran dealt with goalkeeper Ali Beiranvand's concussion injury. The shot stopper was treated for a broken nose after clashing heads with his team-mate Majid Hosseini but tried to continue.

One minute later, he sat back on the ground and was eventually replaced, a series of events branded an "abject failure" by brain injury charity Headway.

The Iran head coach said: "There were some signs of a possibility of a concussion, it was not clear. Unfortunately one minute after the player was not able to keep going and suffered a serious concussion. He is on the way to the hospital.

"That's why the delay happened, it was doubt between a broken nose and the concussion."

Luke Griggs, Headway's interim chief executive said: "It was irrelevant that he came off a minute later, he shouldn't have stayed on for a second, let alone a minute.

"He was clearly distressed and unfit to continue, this seems to be another case of the decision being made by the player and not medical staff.

"This was the first test of the FIFA World Cup concussion protocol and it was an abject failure."