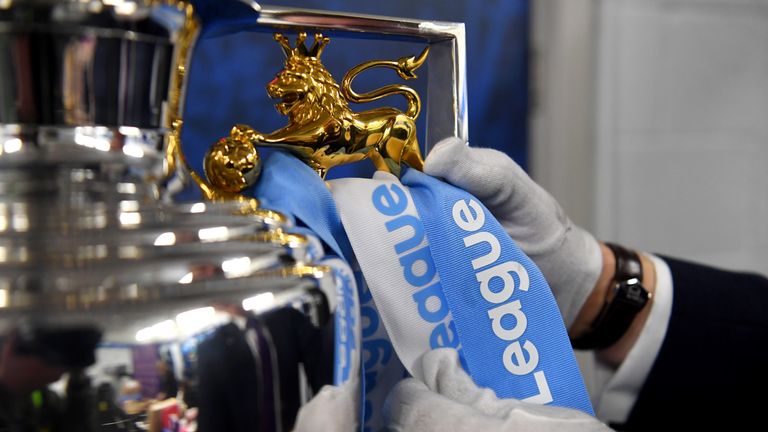 A statement released by the PFA on Saturday says top-flight players "fully appreciate their role and responsibilities in society" and want to ensure their contributions help to guarantee non-playing staff at Premier League clubs receive "100 per cent" of their wages while the season is postponed.

Talks were held on Saturday between the Premier League and the PFA over clubs' proposals to cut player wages by 30 per cent during the coronavirus pandemic.

It comes after pressure from MPs, including Health Secretary Matt Hancock, who said on Thursday that Premier League players should "play their part" by taking a pay cut.

A number of Premier League sides, including Tottenham, Liverpool and Newcastle, have already furloughed non-playing staff while players remain on full pay.

An agreement is yet to be reached over the proposals and the PFA has warned a significant pay cut could have far-reaching implications.

"The players are mindful that as PAYE employees, the combined tax on their salaries is a significant contribution to funding essential public services - which are especially critical at this time," the statement read.

"Taking a 30 per cent salary deduction will cost the Exchequer substantial sums. This would be detrimental to our NHS and other government-funded services.

"The proposed 30 per cent salary deduction over a 12-month period equates to over £500m in wage reductions and a loss in tax contributions of over £200m to the government.

"What effect does this loss of earning to the government mean for the NHS? Was this considered in the Premier League proposal and did the Health Secretary, Matt Hancock factor this in when asking players to take a salary cut?"

The PFA says it is happy to continue talks with the Premier League, which on Friday pledged an advance of £125m to the EFL and National League as well as a £20m donation to the NHS and other community causes.

The PFA statement added: "£20m is welcome, but we believe it could be far bigger.

"The EFL money is an advance. Importantly, it will aid cashflow in the immediate, but football needs to find a way to increase funding to the EFL and non-league clubs in the long-term.

"Many clubs require an increase in funding just to survive. We believe in our football pyramid and again stress the need for solidarity between all clubs.

"Going forward, we are working together to find a solution which will be continually reviewed in order to assess the circumstance of the COVID-19 crisis."

With an agreement on players reducing their pay yet to be reached, Oliver Dowden MP, the Secretary of State for Digital, Culture, Media and Sport, tweeted: "Concerned about the turn football talks have taken tonight.

"People do not want to see infighting in our national sport at a time of crisis. Football must play its part to show that the sport understands the pressures its lower paid staff, communities and fans face."

Neville: I believe players will contribute

"I do believe that 99 per cent of footballers originate from the streets of Berwick, Bootle, Bolton, Solihull, Dudley - they're not from Hampstead and Knightsbridge - they've got good souls and are good people. They've just done well, they're just lucky enough to be in the one per cent of people who dream of being a footballer and make it. 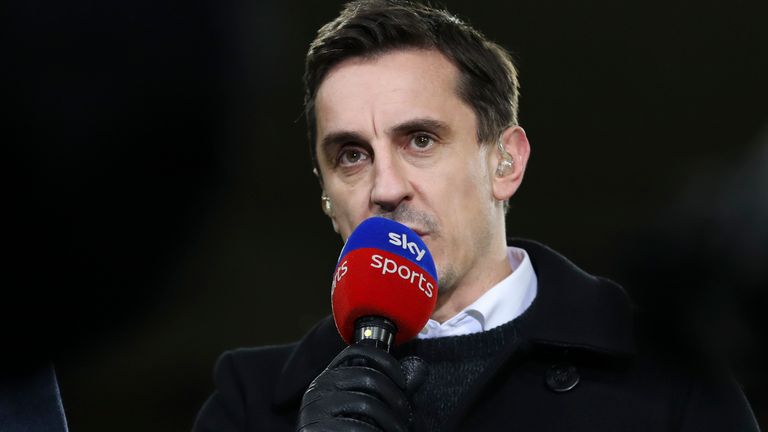 Gary Neville says he expects Premier League players to agree to a 30 per cent wage cut, but thinks they should take time to ensure they reach the right agreement

"I think if you asked those Premier League players, do they want to contribute to the NHS, to the communities, to the challenge the country is facing now, they'd say absolutely they do.

"The clubs themselves will need support in the coming weeks, particularly if this goes into June, July, August, September, with the revenue lost from season tickets, gates, etc. There will need to be support and it's about compromise and collaboration.

"The players will have to consider that. If I was part of the players' union, as I was for many years, I'd also want some sort of contribution to my club because I think it is important that I contribute to my club and that they survive but also to make sure there is a contribution to the wider community and the NHS from the pay I get."