Report and free highlights as Conor Gallagher scores first Premier League goal to give West Bromwich Albion narrow victory over rock-bottom Sheffield United, who pass up a number of chances to level at The Hawthorns 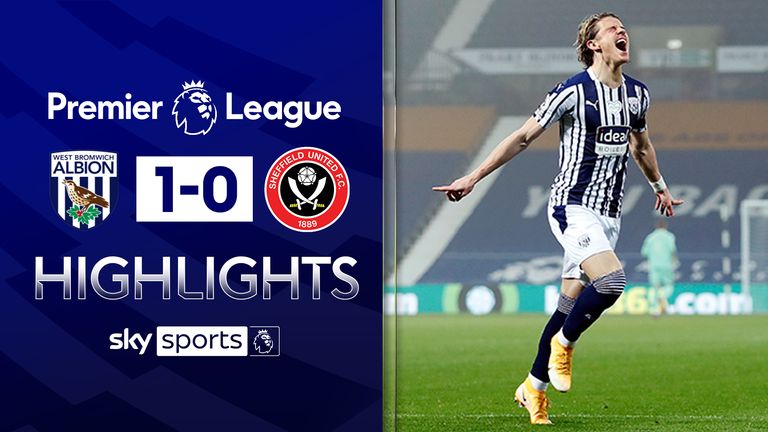 FREE TO WATCH: Highlights from West Brom’s win over Sheffield United in the Premier League

Gallagher took advantage of some lax marking from a half-cleared corner to beat Aaron Ramsdale with a clinical finish from 20 yards, to set up a win which lifts the Baggies out of the relegation zone and up to 17th.

The Blades, who have netted only four goals all season, could realistically have scored four on the night at The Hawthorns but wasted glorious chances in each half to take something from the game.

George Baldock was guilty of squandering two fine opportunities, while Oliver McBurnie's unmarked effort made life too easy for Sam Johnstone in the home goal, before Lys Mousset summed up his side's night in front of goal in the final minute of injury-time by volleying over from five yards with the goal at his mercy.

Man of the match: Matheus Pereira

Goal-shy Sheff Utd looked like scoring for fun in the opening minutes at The Hawthorns, but let themselves down with some typically-wayward finishing.

They could have led inside a minute but for an inopportune slip from Oliver Burke letting West Brom off the hook, before Burke's square pass found Baldock who should have buried a free shot from 12 yards, but was similarly generous when his poor effort was cleared off the line.

And in a tale as old as time for any side suffering a tough run of form, the Blades would be rapidly punished. Matheus Pereira's corner was shinned away by Sander Berge at the near post but only reached Gallagher 20 yards out, and the on-loan Chelsea midfielder found the bottom corner with a fine first-time effort.

Burke would instantly pull a decent save out of Johnstone with a hooked header from Kean Bryan's cross.

Both sides would trade chances before the interval through Karlan Grant and McBurnie, before Ramsdale was called into action with a smart reflex stop to keep out Kyle Bartley's header from another corner seven minutes after the break.

Baldock passed up another excellent chance to level on the hour from Burke's reverse pass, but the unmarked wing-back blasted over when unmarked.

Surely United could not keep up passing up such glorious chances. But there is a reason they are where they are - and McBurnie again lacked conviction as his first-time effort from Mousset's squared ball was easy enough for Johnstone to turn away.

Even in stoppage time, the chances kept coming, with Chris Wilder throwing more than just the kitchen sink at West Brom with four forwards now on the pitch. Two combined as Mousset fed Rhian Brewster, who forced Johnstone into a good stop, before Mousset was given a chance he would have dreamed of to level in the final minute, but he shinned a free effort over the bar from inside the six-yard box.

That proved to be that for the blunted Blades, who join an unwanted club of 15 teams who have won none of their opening 10 games of the season. Only four have stayed up.

West Brom boss Slaven Bilic: "It's massively important. We were talking before the game, this was the game. There's enough games after this one but it was very important for both teams to win the game. That's why we saw quite an open game with 40 shots, they told me, with many chances. 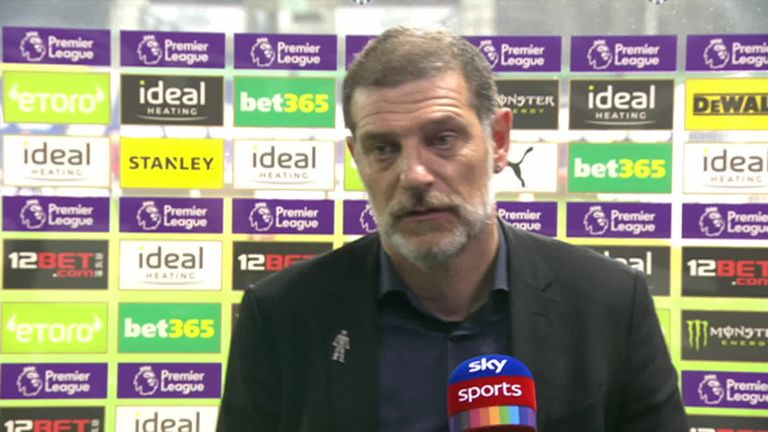 "We're delighted we won, we showed quality and character, they had chances but so did we to go 2-0 up and make it a little bit easier for us."

Sheff Utd manager Chris Wilder: "They've gone to the end, the conditioning of the team was good, they were driving the game forward. They're not half-chances, are they? Baldock, McBurnie, Mousset, Lundstram, that's off the top of my head. 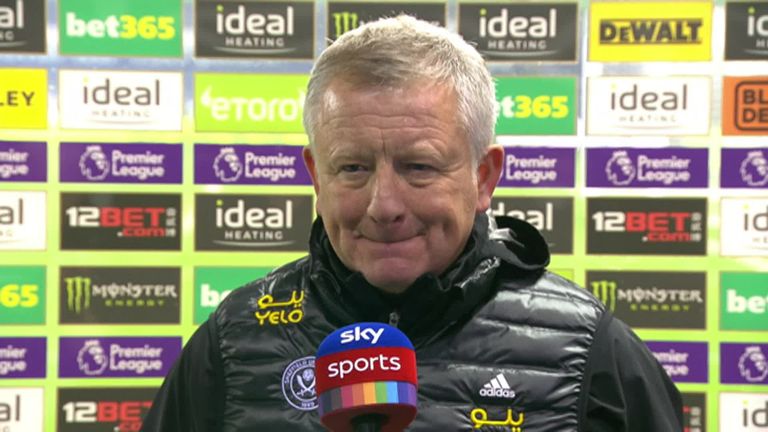 "They're not half-chances, they're really good chances. In terms of how we played, we must have done something right."

Man of the match - Matheus Pereira

Although not on the scoresheet, Pereira's corner led to West Brom scoring the only goal of the game - but this was far from the Brazilian's finest moment against Sheffield United.

Such was Slaven Bilic's belief in the talismanic midfielder that much of the Baggies' play went through him, and to good effect. He produced nine key passes throughout the game, creating chances in either half, and proved a tricky customer for the Blades to deal with.

West Brom host Crystal Palace live on Super Sunday on Sky Sports Premier League from 11am; kick-off at 12pm. That game is directly followed by Sheffield United vs Leicester, live from 2pm; kick-off at 2.15pm.