Southampton boss Ralph Hasenhuttl insists he would have replaced Alex McCarthy with youngster Harry Lewis during draw with Brighton had he known about his injury; Hasenhuttl: "Today I had one change and I couldn't take it because he didn't say anything, and this for me is not acceptable"

Ralph Hasenhuttl has blasted Alex McCarthy's lack of professionalism for failing to admit the extent of his hamstring injury that cost Southampton two points against Brighton.

The Saints skipper had raced back to cover McCarthy's left post from Jakub Moder's added-time free-kick, with the home keeper fearing he was not mobile enough to protect the entire goal. 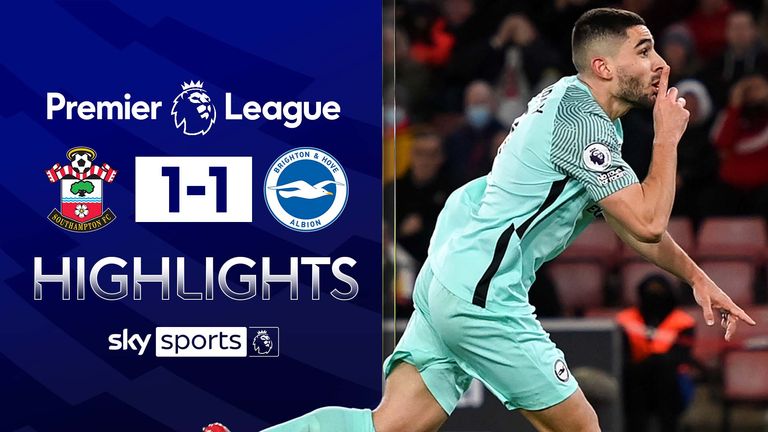 FREE TO WATCH: Highlights from the 1-1 draw between Southampton and Brighton in the Premier League

A furious Hasenhuttl was left to lament a victory that slipped away in a manner he considered entirely avoidable.

The Saints boss insisted he would have replaced McCarthy with youngster Harry Lewis had he known about McCarthy's injury.

"If you have a goalkeeper that is not 100 per cent fit in that moment and cannot jump and then you send someone back into the line, then the rebound that comes out is normally offside," said Hasenhuttl.

"But Prowsey's there, so he has a free shot at goal. This is something we cannot accept. There must be a message: 'I cannot jump,' and then we can make a change.

"We still had one change at the end and I could have changed the goalkeeper if necessary in this moment.

"But Alex must be definitely more professional than that. This is what I missed from him today in such a game.

"Yes it is hectic at the end and everything, but this is the reason why I sometimes keep the changes until later, because especially in such a game we've seen today, if you change too early you can be one man down.

"Today I had one change and I couldn't take it because he didn't say anything, and this for me is not acceptable." 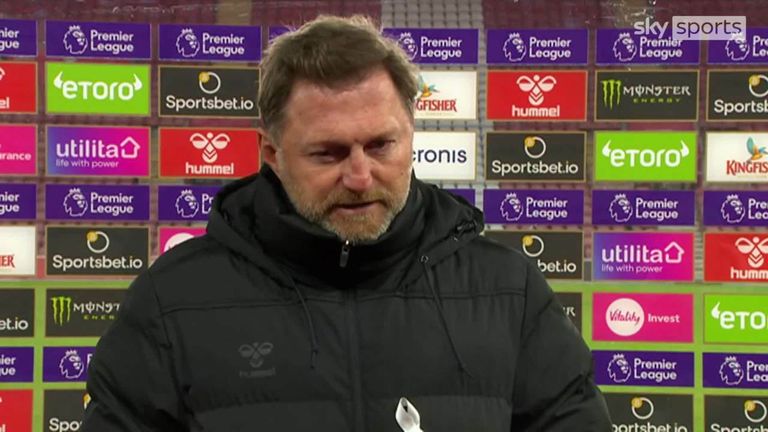 Armando Broja's first-half strike had for so long left Southampton eyeing a victory to toast Hasenhuttl's three-year anniversary at the St Mary's helm.

But Maupay's finish plundered a last-gasp point for Brighton, who had been reduced to 10 men with Leandro Trossard injured and the visitors out of
replacements.

Saints could now face a goalkeeping injury crisis, with 23-year-old Lewis the only fit senior stopper.

"Alex is out maybe for a long time, and Fraser Forster is also out injured," said Hasenhuttl.

"It's a situation where we have a fantastic game played, especially the first 45 minutes, dominated nearly the whole game, but we drew in the end and we feel we are not the winners today. This is awful and it's hard to accept.

"It's a hamstring injury, and this is the reason why we couldn't play out any more in the second half.

"I didn't know how tough it was, I thought he could only not play the long balls, so I kept him in the goal.

"But if I would do it again I would change him, but I couldn't, because I didn't have the message.

"There's a reason why we have a reserve goalkeeper on the bench, this is no problem.

"Alex made a big save before, and he had kept us in with a chance of the three points at first.

"But when he then thinks he cannot jump into the corner for a free-kick, then I think it's tough, it's not possible."