Marcos Rojo has confirmed he wants to stay at Manchester United and believes he is in Ole Gunnar Solskjaer's plans, despite holding recent discussions with Boca Juniors.

The Argentinian defender has played just eight matches for United in all competitions this season, with Chris Smalling and Victor Lindelof becoming the first choice centre-backs at Old Trafford.

The 29 year-old signed a three-year contact extension in 2018, prior to which he featured sporadically in the United squad and was on the sidelines for seven months with a cruciate knee ligament injury.

"For now I would like to stay at United," Rojo told El Dia. 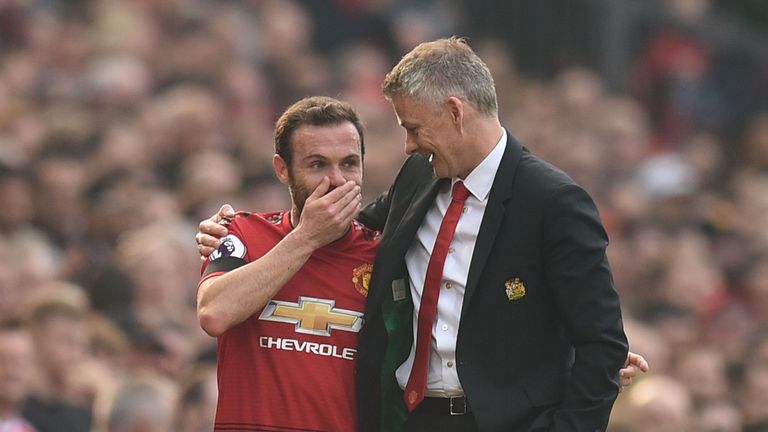 Ole Gunnar Solskjaer says he wants Juan Mata to stay at Manchester United and is hopeful the club can agree a deal for him to extend his stay at Old Trafford.

"I spoke to the manager before the end of the season and we spoke about his plans for me.

"He said that I was in his plans, that I'm an important player and that he wanted me to return to full fitness, to be able to count on me in the first team.

"It's now time to rest and spend time with my family before returning to England."

In March, United gave Rojo permission to train with Argentinian club Estudiantes, after not featuring for them since their 2-1 Champions League defeat to Valencia in December.

Rojo revealed that he was approached by 33-time title winners Boca Juniors prior to clarifying his future at United, and says he is not done with playing Argentinian club football.

He added: "[Boca Juniors manager] Nico Burdisso, who was a team-mate of mine from the national team, called me when he took over at Boca.

"I wasn't playing at that point. I thanked him but told him that my intention was to stay at United. Boca is a great team, but for now I want to keep playing in Europe.

"I've got three years left on my contract in England and then we'll see. I've just turned 29 and I've got a lot left to give. I'll come back [to Argentina] but I don't know when.