In an internal email to staff sent shortly before the official announcement of Aaron Wan-Bissaka's £50m move from Crystal Palace, executive vice-chairman Woodward offered reassurances that the club are busy going about their transfer plans.

"Despite the inflated nature of the transfer market and constant speculation and stories, which can be misleading, the recruitment team - in conjunction with the manager [Ole Gunnar Solskjaer] - are working calmly behind the scenes to bring in other exciting players that fit their long-term vision for the club," Woodward wrote.

Solskjaer is targeting younger, hungrier players who can be developed, and Wan-Bissaka is his second signing of the summer after Daniel James joined from Swansea.

Woodward says they underline the Norwegian's philosophy as the club continues to rebuild the first team ahead of the new season.

"Following the arrival of Daniel James from Swansea earlier this month, I am delighted to confirm that we have signed exciting young defender Aaron Wan-Bissaka from Crystal Palace," Woodward added.

"Aaron fits perfectly with Ole's philosophy and plans for building his team and is a player who will excite our great fans as the season unfolds." 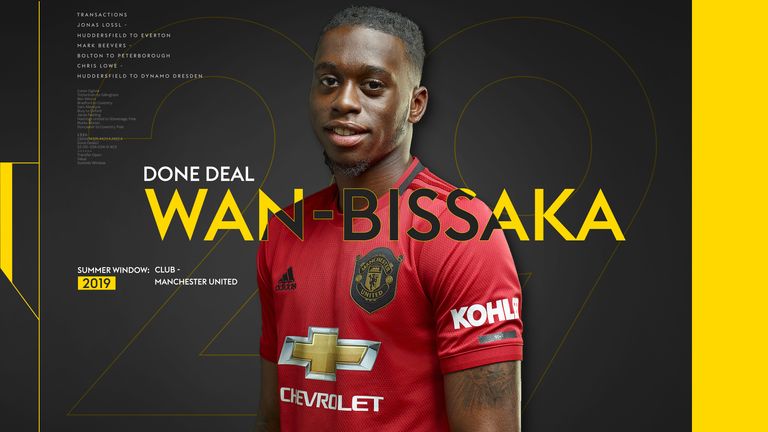 After joining United from Palace, we take a look at Wan-Bissaka's best bits in the Premier League for the Eagles

The England Under-21 right-back has signed a five-year contract with the option of a sixth year worth around £80,000 a week.