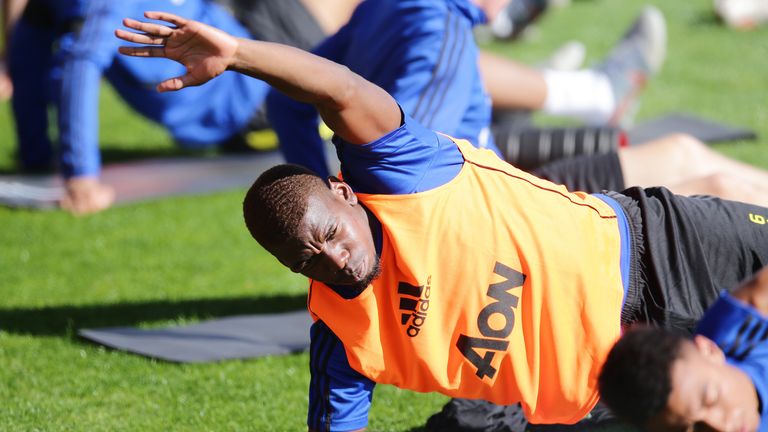 Paul Pogba and his Man Utd team-mates get stuck into training at the start of their Australian tour in Perth.

Paul Pogba has trained with his Manchester United team-mates in Australia as speculation continues over his future.

Ole Gunnar Solskjaer's side's pre-season tour is underway, but three years after returning to Old Trafford in what was a world-record deal, Pogba's future remains under the spotlight as talk grows around a summer exit.

Pogba admitted during the off-season that this "could be a good time to have a new challenge somewhere else" - comments compounded by his agent Mino Raiola saying that he was "in the process" of arranging a move for the midfielder.

Zinedine Zidane's Real Madrid and former club Juventus have been strongly linked with a move for the World Cup winner, who was the focus of the cameras during United's first session since arriving in Australia.

Solskjaer's men arrived in Perth on Monday and went on a walkabout where footage emerged of what appeared to be a disagreement between Pogba and Jesse Lingard. 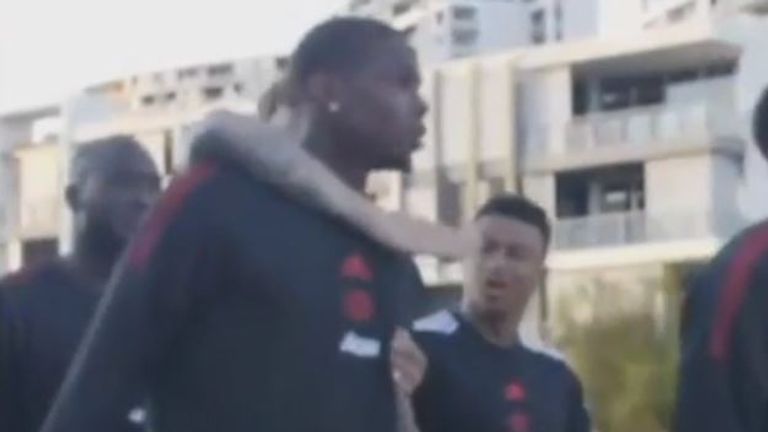 Were Paul Pogba and Jesse Lingard having an argument? Make your own mind up as the Manchester United players go on a walkabout in Perth

The squad completed their first training session at the WACA in Perth on Tuesday, with new signings Aaron Wan-Bissaka and Daniel James part of the group.

Romelu Lukaku also took part in training, with Inter Milan circling around a player that, much like Pogba, appears keen to leave Old Trafford.