"To be honest, when I was getting towards the end of my career, I was looking around the dressing room and we had players like Wayne and Rio (Ferdinand), (Darren) Fletcher and (John) O'Shea and things were changing," Keane told The Football Show

Roy Keane says he didn't have a lot in common with a number of his Manchester United team-mates towards the end of his career at Old Trafford, admitting he struggled to understand the banter of the likes of Wayne Rooney and Rio Ferdinand.

And the former United captain admitted he wasn't on the same wavelength of the new generation of players coming through.

"Your dressing room's always changing, as most summers you have one or two new faces that come in," Keane told The Football Show.

"The dynamic changes as young players come in. To be honest, when I was getting towards the end of my career, I was looking around the dressing room and we had players like Wayne and Rio (Ferdinand), (Darren) Fletcher and (John) O'Shea and things were changing.

"The dynamics were changing, and I always used to roll with it - I didn't mind because it would give you a new type of energy, especially if they were good players who could help us win trophies.

"But towards the end, I remember thinking that with some of these lads, I didn't get them and their banter, their humour. I was barely having a conversation with any of them, but I was constantly looking at the bigger picture of whether they were going to be good players for Man United. That was the most important thing.

"When I left the club, there were a lot of players that I didn't miss one bit," he added. "They weren't for me, and the game was changing. I would look around the dressing room after training, and a lot of them would be on their phones. Maybe I was old school and a bit grumpy, but I didn't get it.

"Even with Wayne and Rio, I didn't get their banter and what it stood for sometimes. Towards the end at United, with the players that were coming through, I didn't always get them. I thought personality-wise, they're not for me.

"I was professional, and they were all very good players, so I was delighted to play with them. But in terms of having banter, a cup of tea or a coffee with them, forget it." 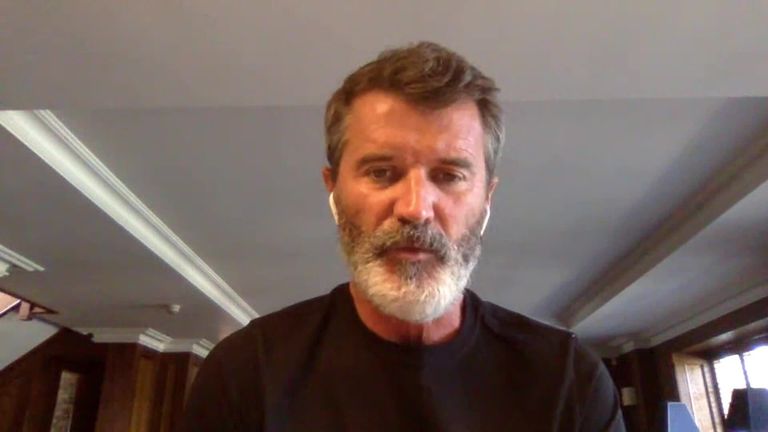 Meanwhile, Keane has urged players at top Premier League clubs to "stick to their guns" and not be pressured into accepting pay cuts.

"There is pressure on players at the really big clubs, clubs with wealthy owners, to take pay cuts," he told The Football Show. "The way I look at it now, particularly after the way I left Manchester United, I wouldn't take a pay cut from anybody if I was at one of the bigger clubs.

"When I was at Man United, when I was negotiating new deals or the day I was leaving the club, the clubs made it pretty clear to me on every aspect of contract negotiations I had that it's a business, and I understood that. But I signed a contract, and I expect the clubs to honour that contract. And I know circumstances have changed and, I repeat I'm talking about the clubs that have money available to them.

"Eventually after a few years, I signed a new contract, Man United sent out letters to supporters saying season tickets had gone up because of my contract. The day I left the club, I sat in front of Ferguson and Gill, who discussed cash flow problems. Brilliant. Brilliant." 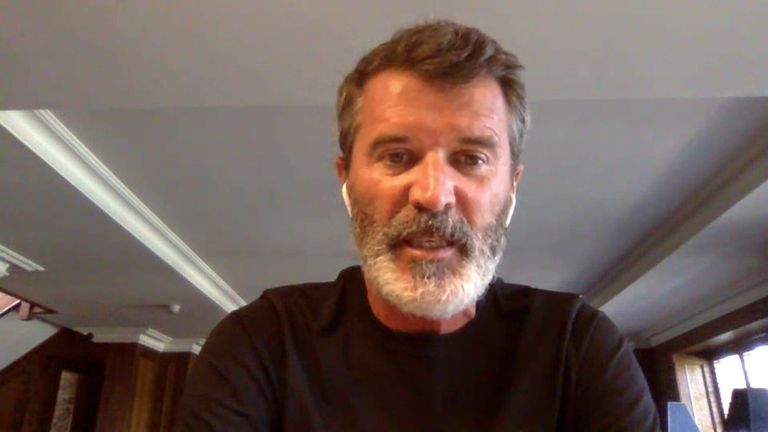 Keane added: "I know there is pressure on players, but it is nobody's business what you do with your wages. You take your wages and if you want to be generous, go ahead and do it. I don't think players should feel pressured by clubs, particularly the bigger clubs, to take pay cuts.