Raiola: "Pogba is staying at Manchester United and I think they want to extend his contract. He is at the centre of an important project."

In an interview with Sky in Italy, Raiola says Pogba is a key player for United and is "100 per cent included".

Pogba has less than a year left on his United contract and - prior to the coronavirus lockdown - had been linked with European heavyweights Real Madrid and his former club Juventus.

But Raiola says discussions about a new deal for Pogba at United will soon commence.

"Pogba is staying at Manchester United and I think they want to extend his contract," he said.

"He is at the centre of an important project, they will not accept any bid for him this summer.

"Even in the past years Manchester United were never willing to open talks [regarding a move away for Pogba].

"He's not the kind of guy to create controversy. We need to be calm, especially in such a moment, and we'll see how it goes.

"We will negotiate for an extension very calmly, without stress. We will continue our talks." 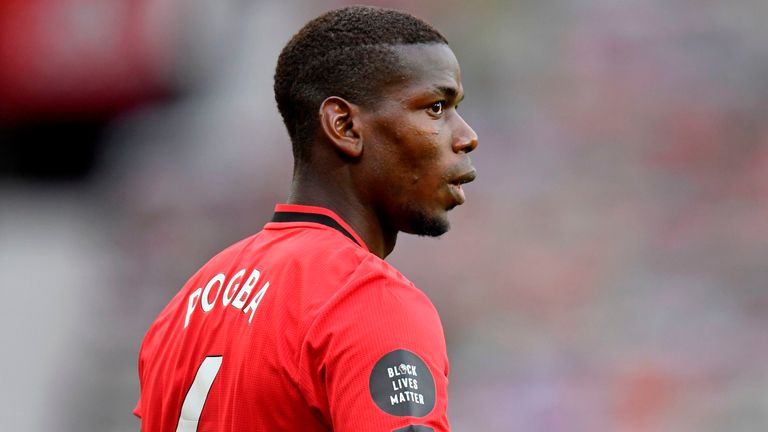 Paul Pogba staying at Manchester United is 'tremendous news' for everyone associated with the club, says former goalkeeper Mark Bosnich

Pogba returned from injury upon the restart and Ole Gunnar Solskjaer laid down his marker, starting him in an unchanged line-up for five successive games - resulting in United's purple patch and an against-the-odds, third-place finish.

Pogba has blips, heightened by close scrutiny - but that attention is primarily generated by his undoubted talent.

His goalscoring ratio has plummeted, but he no longer takes penalties.

This season, he has created a career-high 2.2 chances per 90 at United, despite sitting alongside Nemanja Matic in a deeper role, and registered more passes, too - signs of his growing influence from deep.

Solskjaer wants his players to be fearless and express themselves. Indeed, few can doubt the potential of a pacy front three ahead of Fernandes and Pogba.

The Norwegian boss has a vision and Pogba has signed up for it.