A proposed deal between Man Utd and Borussia Dortmund for £77m is close to being agreed; German club willing to accept lower fee if more money paid up front; personal terms unlikely to be agreed while Sancho remains on international duty at Euro 2020 Dharmesh Sheth reports the completion of talks between Manchester United and Borussia Dortmund over a transfer for Jadon Sancho is getting closer.

Manchester United are getting closer to agreeing a deal to sign Jadon Sancho from Borussia Dortmund.

A proposed deal for the England winger is worth in the region of £77m, with the clubs in the process of finalising the payment structure and potential add-ons.

The Bundesliga side have pushed for more of the fee to be paid up front - and are now willing to lower their asking price if United agree to front-load the payment.

It is understood Dortmund's asking price for the 21-year-old at the start of the summer transfer window was in excess of £85m. 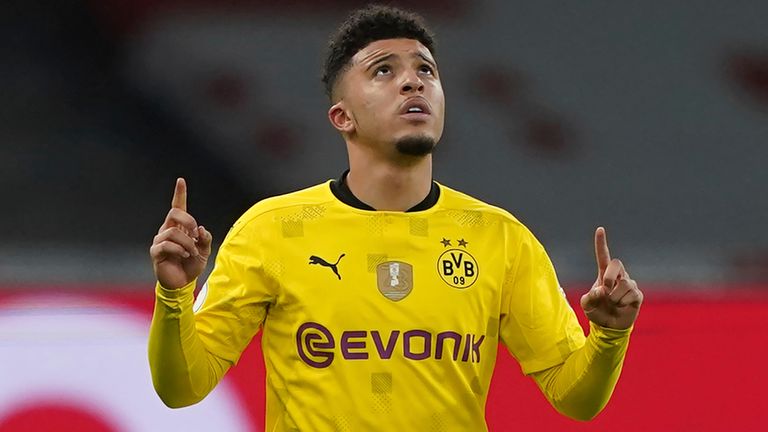 Meanwhile, a £77m fee would be more than £30m less than the £108m valuation Dortmund placed on Sancho last summer.

The agreement of personal terms between United and Sancho is not expected to pose any issues, although that is unlikely to happen while he is on international duty with England at Euro 2020.

Sancho came through Watford's academy before joining Manchester City in 2015, but he moved on to Dortmund in 2017 after declining the offer of a new contract at the Etihad.