Ole Gunnar Solskjaer: Nothing beyond Manchester United this season

In an exclusive interview with Sky Sports, Ole Gunnar Solskjaer explains how Europa League heartache and the long-awaited return of fans could finally inspire Man Utd to silverware this season 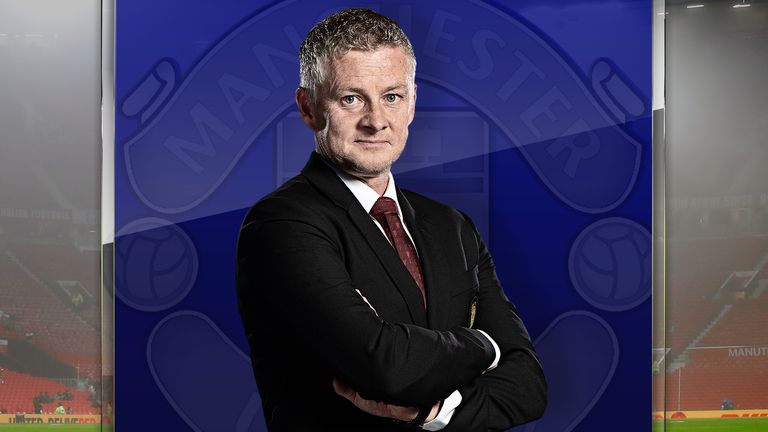 May 26 holds bittersweet significance for Ole Gunnar Solskjaer. The defining moment of his playing career, and most-defining of his managerial career so far, share that date, although the contrast in emotions could not be starker.

Twenty-two years may have passed since that dramatic Treble-clinching winner in the Nou Camp, but those memories remain as vivid today as they did back in 1999. Events on May 26, 2021, however, are proving hard to forget.

Having reached the milestone of guiding United to their first major final under his stewardship, Solskjaer's side stumbled at that crucial last step, succumbing to Villarreal in the Europa League final after a mammoth penalty shootout. David de Gea will be remembered for missing the crucial spot-kick but that was not where United relinquished their shot at glory.

It is clear the manner of the defeat still rankles with Solskjaer, and until he gets his hands on that elusive first piece of silverware of his Old Trafford reign, it probably always will. But it is that very frustration which Solskjaer believes could be decisive in driving United over the line this season.

"It was disappointing," Solskjaer exclusively told Sky Sports. "It was a game we should have won; there was one shot against us on target, so it wasn't like we were under the cosh. But it doesn't matter, the result was what it was.

"Sometimes having those defeats in finals makes you come back with extra motivation because you remember that feeling and don't want that to happen again. Sometimes when you win you might just rest on your laurels and think 'it's done, we're great players'.

"We know we're a good team, but we know we have a little bit to go to be where we want to be and win trophies."

'I don't think anything is beyond these boys'

United's trophy drought has entered a fifth season, a prospect incomprehensible at a time when Solskjaer the player was responsible for tormenting defences and putting the ball in the back of the net.

The time has come for all the talk of potential and progress to step aside for tangible prizes. Solskjaer not only knows it but is confident the squad he continues to assemble is closer to his image of a winning team.

It’s always nice when your bosses are happy with what you are doing. That is key because I am working for Manchester United and I want the fans, the club to be happy with what I am doing. For me, it doesn’t matter whether I’ve got one year, six years or 10 years on my contract, I’m going to do my best until the club says thank you very much.

Fresh from committing his future to the club until 2024, the United boss has brought Jadon Sancho and Tom Heaton to Old Trafford, while Raphael Varane is expected through the door at any minute. With the talent at Solskjaer's disposal undeniable, it would appear success ultimately rests on application.

"I'm excited by the squad," he added. "I don't think anything is beyond these boys. It's just how we fare between now and the end of the season. 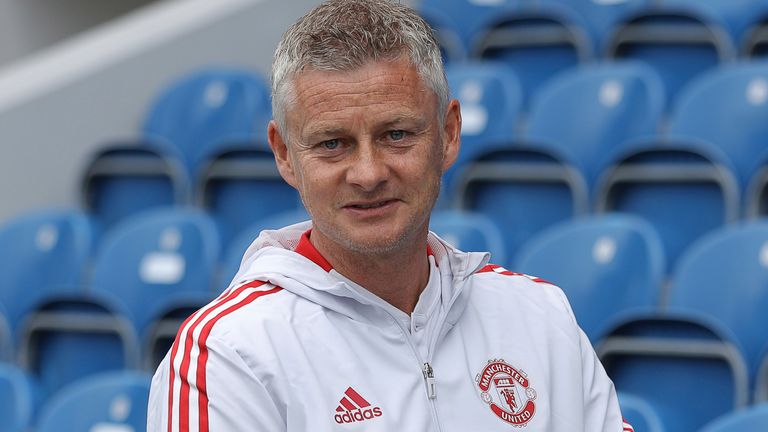 Manchester United manager Ole Gunnar Solskjaer says he's very happy with the club's transfer business so far, but insists they will be ready to act if another opportunity becomes available during the window

"How much sacrifice, how much discipline, how much team camaraderie, how much consistency, how much hard work, blood, sweat and tears - all these qualities and cliches.

"If you want to be the best you have to live like the best, you have to work as the best and perform every three days. It's going to be tough, but it is possible, definitely."

He continued: "I've seen progress; progress in the coaching staff, playing staff, in the club and how we run things, but we haven't won anything yet.

"That is what we are here for at Manchester United. I'm used to winning. When I was here as a player, we finished third once and was either first or second every other year.

"We know we are in the most intense and competitive league in the world, and we have to be at the top of our games from game one to 38 to have a chance of winning the Premier League." 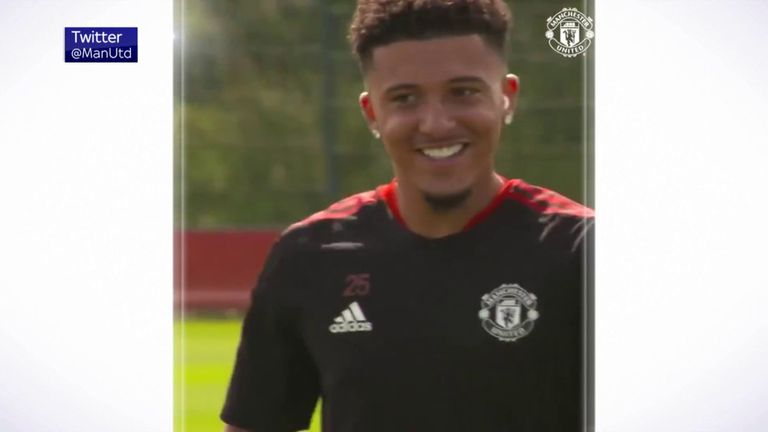 'Fans will give us energy after bad year at home'

Manchester United have been handed a perfect opportunity to kick their new Premier League campaign off in style, with fans back inside Old Trafford for the visit of rivals Leeds on the opening weekend.

The absence of supporters has been felt right across the country, and the Theatre of Dreams was no exception. United went the entire 2020/21 campaign unbeaten away from home, but lost six and drew four of their 19 home Premier League games.

With the Old Trafford gates reopening fully for the first time since the start of the coronavirus pandemic, and United not facing any of last season's top five in their opening seven fixtures, a strong start is there to be seized for Solskjaer's side.

"The start of the season is very important," the Norwegian said. "We were very bad at home at the start of last season but then, away from home, we were unbeaten.

"We went the whole season undefeated away from home last year so let's hope we get that same consistency at home as we did away.

"It's a chance for every team to start well, and we want to start well. I'm just looking at the Leeds game now, we've done the pre-season, that foundation is laid.

"Leeds is a one-off game, I think everyone who plays against Marcelo Bielsa's team knows they are one-off, special games and you have got to do everything correct to have a chance of getting a good result.

"We're looking forward to it, physically and tactically we are up for a hard day. After that we can see if we've started off better than what we did last season."