Juventus have identified Maurizio Sarri as their first choice to replace departing boss Massimiliano Allegri, according to Sky in Italy.

It is understood Sarri met with Juventus officials last week with a view to replacing Allegri, who leaves Turin after five years in which he won five Serie A titles and four Coppa Italia trophies.

Sarri's agent Fali Ramadani will meet Chelsea director Marina Granovskaia to discuss the terms of his exit from Stamford Bridge on Thursday after the Europa League final against Arsenal.

Chelsea have no plans to sack Sarri this summer and they expect their head coach to report back for pre-season training at the end of their break.

It is understood that Sarri is open to a return to Italy.

Juventus sporting director Fabio Paratici will not announce Sarri's appointment before the Champions League final, as the club are keen to keep all options open to them in the unlikely event a last-minute approach for Jurgen Klopp or Mauricio Pochettino becomes an option. 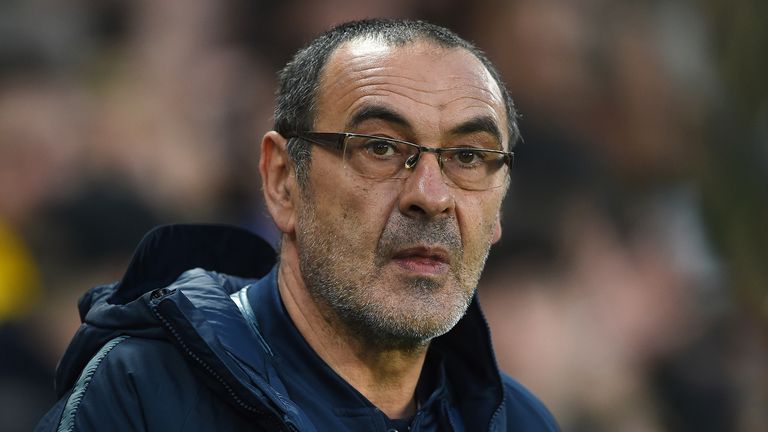 While the 60-year-old is the club's first choice, Juventus are also considering Lazio boss Simone Inzaghi in the event that something unexpectedly goes wrong with Sarri's potential appointment.

The former Napoli coach, who still has two years left on his contract at Chelsea, has come in for criticism at different stages this season for his style of football, despite leading the club to two finals in the Carabao Cup and Europa League and securing Champions League football for next term.

Derby boss Frank Lampard has been linked with the Chelsea position should Sarri depart but said last week he was ignoring the "obvious" reports speculating he is to return to west London.

Paratici revealed over the weekend Juventus did not approach Pep Guardiola to gauge his interest in replacing the outgoing Allegri, despite reports linking the Manchester City boss with a move to the Italian champions.