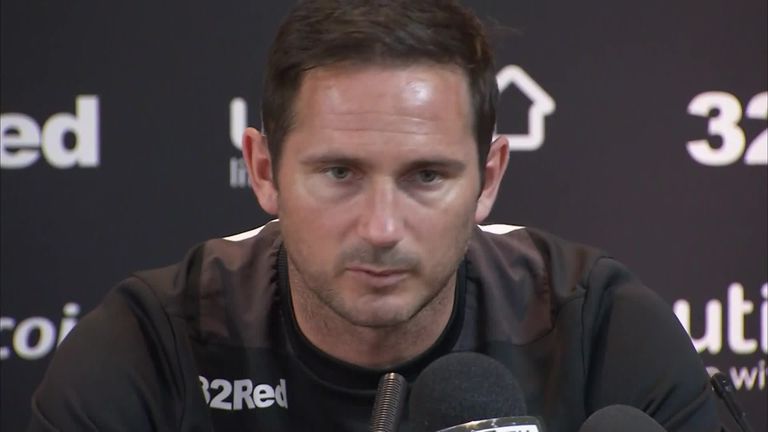 Frank Lampard is ignoring "obvious" reports linking him with a return to Chelsea as he focuses on getting Derby into the Premier League.

Derby owner Mel Morris says there have been no approaches for his manager, although he does expect Lampard to take charge at Chelsea at some point in the future.

Lampard, however, is refusing to take his eyes off Monday's Sky Bet Championship play-off final against Aston Villa as Derby bid to return to the Premier League after an 11-year absence. 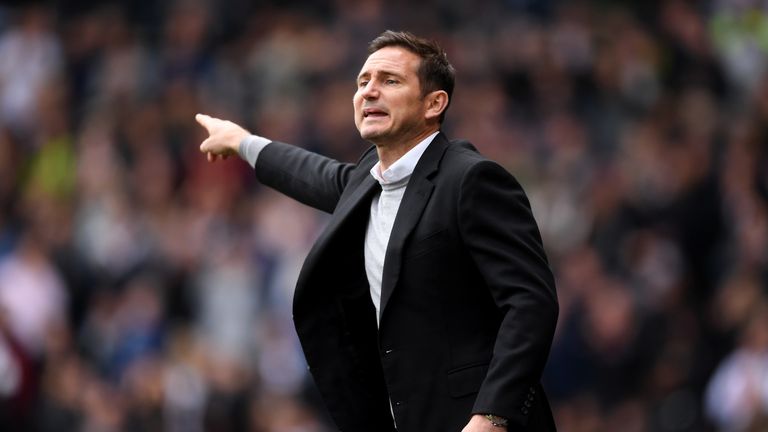 When asked about the speculation surrounding Chelsea, Lampard replied: "I've said it a few months ago [response to links] and I find it quite difficult because they have a game coming up.

"More importantly for me, we have a game before that. They also have a manager in (Maurizio) Sarri who is trying to get them to win that [Europa League] final.

"It's been a bit of an obvious link all season. We've had a good year and I get linked because of my 13 years with the club.

Lampard has enjoyed an impressive first season in management, leading Derby to a sixth-place finish before beating Leeds over two legs to reach Wembley.

The 40-year-old is keen to repay the faith shown in him.

"To the Derby fans, my focus all year is how well I can do in this job," he said.

"This club gave me an opportunity and I want to finish this season as well as I can. That's why I'm focused on this game. I'm thankful for that opportunity.

"I've got two years left on my contract here and I see no further than Monday. I will sit down with Mel after the game, which was planned anyway.

"Monday's result is going to define how we chat, to see how the club goes forward. It's as simple as that."