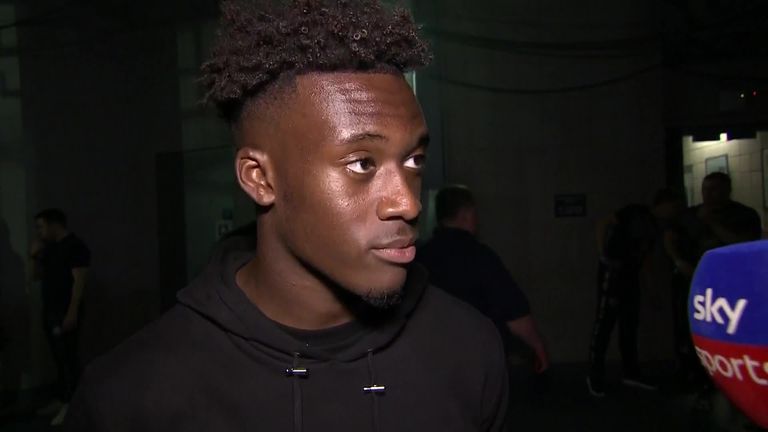 Chelsea winger Callum Hudson-Odoi says he is hoping to make his comeback from injury after the upcoming international break.

The 18-year-old ruptured his Achilles during Chelsea's 2-2 draw against Burnley in April, and missed the remainder of the season as well as England's Nations League campaign.

He underwent successful surgery shortly after and spent the summer in rehabilitation.

However, speaking on Saturday, the winger revealed he hopes to return after the two-week international break.

"Hopefully I can be back after the international break. We have to just get things going and hopefully everything goes to plan.

"I was scared it could take longer but really recovery has gone very well and I am really happy everything has gone to plan.

"Now I just can't wait to get back on the pitch and start playing again."

"He is a top manager, I've said it from the start. He's there and he's giving youth a chance," he added.

"He says to us 'if you work hard and believe in yourself you will get your chance'.

"If I work hard in training hopefully many opportunities will come. It's important the manager has faith in me, it's positive and I can't wait.

"Everyone in the camp is more positive now. All the young boys have been boosted and want to work hard."