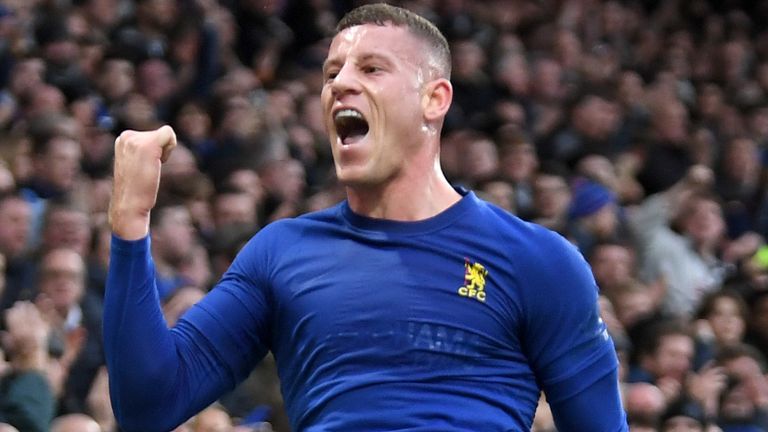 Frank Lampard says there is no chance Ross Barkley will leave Chelsea this month amid reports West Ham are keen to sign the England international.

Hammers manager David Moyes did not rule out a move for Barkley when asked about him this week, saying "anything which we think will improve our side I will be interested to bring in".

The 26-year-old has been out of favour for most of the season and in November was criticised by Lampard for a "lack of professionalism" after being pictured shirtless in a Dubai nightclub.

Barkley was also troubled by an ankle injury earlier in the campaign but has returned to the Chelsea side this month, impressing in the wins over Nottingham Forest and Burnley.

"There's certain circumstances why Ross hasn't featured as much this year but I've got a lot of faith in Ross. I'm very happy with him."

Lampard also confirmed conversations are still ongoing over extending Willian's contract, with the Brazilian's present deal expiring at the end of the season.

He has played 27 times for Chelsea this season, and Lampard said: "Willian is not going anywhere.

"We know his contract is up at the end of the season. He's in conversations with the club. They're still ongoing. There's no news on that but he's our player now."

Chelsea were handed a boost this week when Reece James became the latest one of their young stars to sign a new long-term deal at the club.

He has made 20 appearances for the Blues this season after impressing on loan at Wigan last year, and former Derby boss Lampard says he has long been aware of the right-back's talent.

"I rate him very highly. I knew him as a youth player in the academy here," explained Lampard. "I saw him on loan last year doing fantastically well at Wigan. I tried to get him to Derby but he couldn't come mid-season.

"But I admired him a lot and working with him I feel the same. He's got his foot into the first team and I think there's a lot more to come from Reece James.

"Really talented player, he wants to learn and wants to train. Great for the club that he's signed."