Chelsea's owner believes Grant could provide valuable assistance to Frank Lampard; the Blues' 3-1 defeat to Man City was their latest during a downturn in performances in the Premier League; Lampard and Grant reached the Champions League final together in 2008 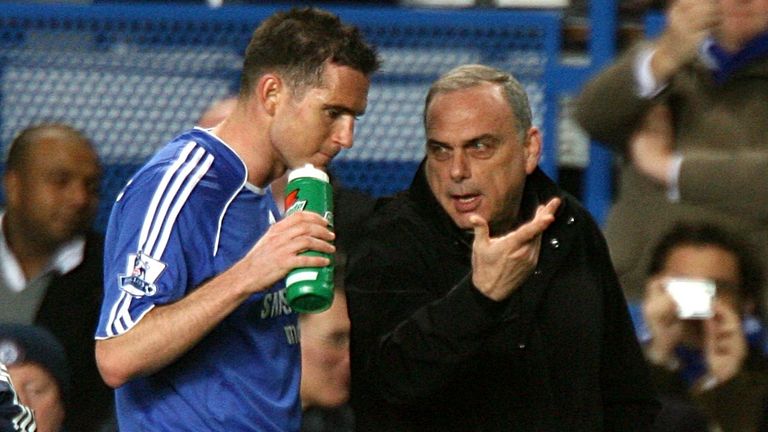 The Russian billionaire believes Grant's experience could provide invaluable support to manager Lampard and his staff.

Chelsea have won only one of their last six Premier League matches and have dropped to ninth in the table.

Grant believes his strengths lie as a team manager rather than behind the scenes, so potentially the 65-year-old's return to Stamford Bridge could be on a short-term basis.

Recently on social media, Grant backed Lampard, and urged Abramovich to give him time to prove his doubters wrong.

"But in the situation like this when things aren't going well you need to be strong, look for solutions and show a lot about your character.

"What I can say to Frank and the others at the club is be patient, and more than this do whatever is necessary to do, that's for sure. Two things: never lose it even when things are going well, don't lose your fighting spirit at the highest level.

"And second, don't lose what you have here [points at head] - you need to think right and look for solutions. If you do that, then everything will be OK because the quality is there and there is a potential like there was [at Chelsea] in my time."

In 2018, the former Portsmouth and West Ham boss had a spell as manager of Indian Super League team NorthEast United.

Prior to that, Grant managed Ghana, leading them to the final of the Africa Cup of Nations in 2015, losing to Ivory Coast on penalties.

Grant guided Chelsea to the Champions League final in 2008 and Lampard scored 20 goals during 40 appearances in all competitions for the Blues during that season.

Frank Lampard says the arrival of Chelsea owner Roman Abramovich in 2003 made his career as a player but does not think his personal relationship with the club should influence the Russian's decisions.

Former midfielder Lampard enjoyed a trophy-laden career at Stamford Bridge during the first decade of Abramovich's reign before he returned to the club as head coach in 2019.

"I have to sit here and say that when the owner came to Chelsea all those years ago, it made my career," Lampard said.

"Maybe I would have gone elsewhere or whatever might have happened in my personal career, but fortunately I was at a club that had an owner who was brought in and absolutely changed the face of it and changed my life.