Chelsea are chasing a Champions League and FA Cup double as well as a top-four finish in the Premier League; Thomas Tuchel says no target takes priority ahead of a big three weeks; watch Man City vs Chelsea live on Sky Sports Premier League from 5pm on Saturday; kick-off 5.30pm Thomas Tuchel admits it will be a challenge for his Chelsea side to refocus for Saturday's meeting at Manchester City after booking a Champions League final against Pep Guardiola's side earlier this week.

A day after City knocked out Tuchel's former side Paris Saint-Germain, Chelsea beat Real Madrid on Wednesday to seal their place in the Champions League final, which is set to be held in Istanbul on May 29.

City will be targeting a first European Cup and Chelsea their second to add to 2012's triumph.

But amid the talk of their final showdown, Tuchel is aware that Saturday's Premier League match at the Etihad Stadium - in which City could seal the title - remains key for Chelsea's top-four hopes. 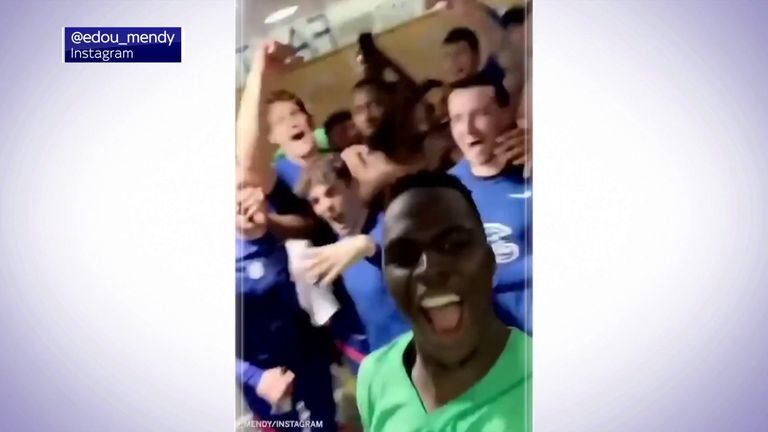 Chelsea's players, staff and fans have been celebrating reaching the Champions league final after their semi-final win over Real Madrid

"It was a nice morning Thursday to arrive and see everybody happy, but the schedule keeps us busy," Tuchel said.

"The possibility they can become champions if they win against us will not lower their determination. They had one more day to recover, they don't have to travel, it gives them a bit the upper hand. We saw how crucial that can be these days when they arrived at Wembley in the [FA Cup] semi-final and we had one more day.

"We have to deal with it. The final in Istanbul will be pretty unique no matter what the score is tomorrow. 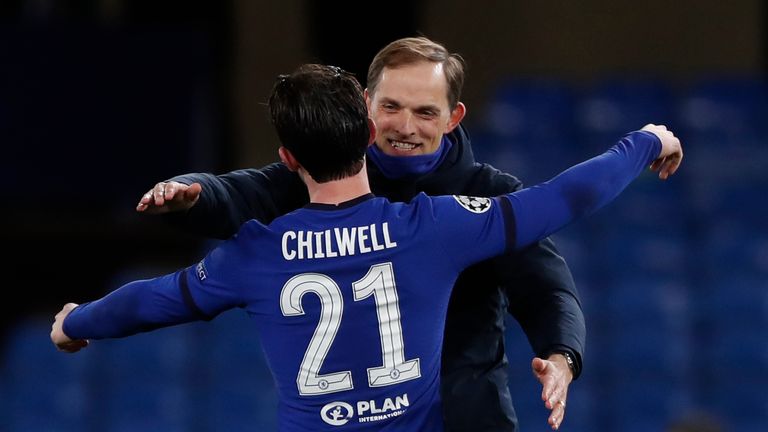 Chelsea head coach Thomas Tuchel reveals his delight at reaching the Champions League final, having only taking the job in January, but says the job is not done yet

"I try to prepare it in the normal way. The challenge right now is to get our tiredness out of the legs and out of our brains, to refocus - this is the target right now, to be in good shape tomorrow."

And with Chelsea now chasing a cup double on top of their top-four aspirations, Tuchel says no target takes precedent.

He added: "We will try exactly this. I can't judge any result higher or any outcome higher than the other. It does not work like this, that you judge your goals and make one goal more important than the other. 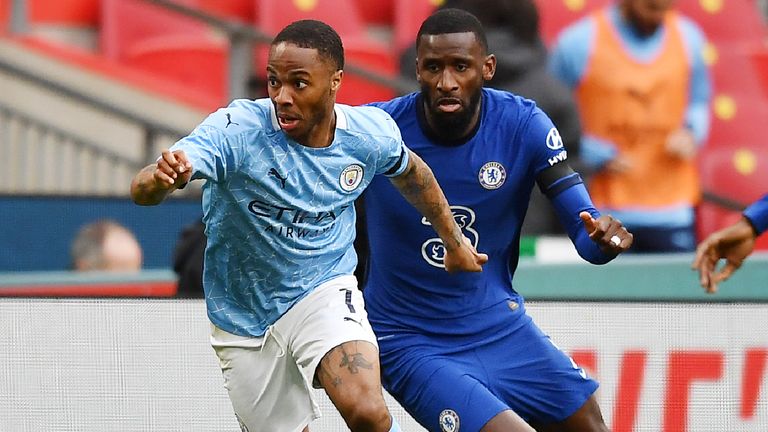 "Reality is that you have to stay with your feet on the ground, because if you arrive in a final the fact is you have nothing won yet. We don't want to be participants, we want to win it. This club is for achieving finals, but also winning finals and football games. This is the target.

"If we keep our momentum going, our atmosphere which is built on hard work, with laughter and a lot of respect and joy during our time together at Cobham here, this is what we have to do, to focus on the process and hopefully get the reward."

The FA Cup win over City last month also saw Tuchel get one over Guardiola, and the former wants to close the gap once more in their next two meetings.

"If you play against Pep you know the most difficult games have arrived, because he is the coach of the best teams in Europe," Tuchel said. "He leaves his footprint, his style of play is full of courage and quality.

"His teams are always super hungry to win. He transforms any team into a winning machine. It was like this with Barcelona, Bayern Munich and it's the same with Man City. They are the benchmark in the league, it's a big gap, but like we did in the [FA Cup] semi-final it's on us to close the gap for 90 minutes, then we will do the same thing in the final.

"We will arrive in the final full of confidence because we have the feeling we deserve to be there. Against Pep, you need to be on your very best coaching level."