Van den Berg reveals Liverpool's interest came as a surprise to him, admitting: "I couldn't believe it, I thought it was a joke." 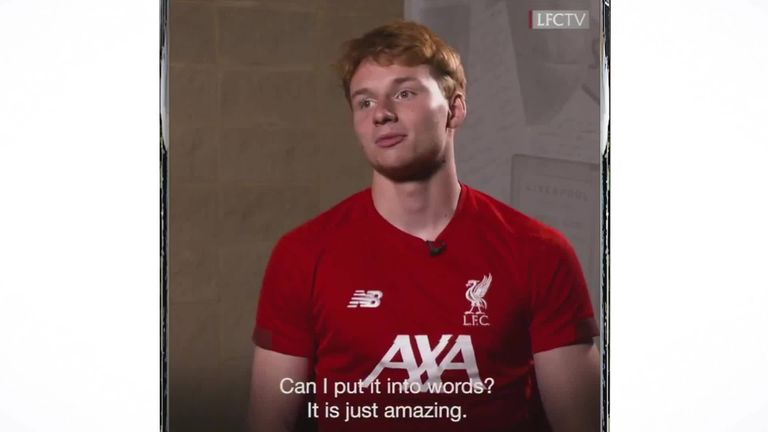 Sepp van den Berg says he is excited to have joined Liverpool, who he believes is the biggest club in the world, at the age of 17.

Van den Berg's transfer will be formally completed on July 1, with Liverpool understood to be paying an initial £1.3m.

The fee for the Netherlands U19 centre-back could eventually rise above £4m, depending on how many Premier League and European appearances he goes on to make for the Champions League holders.

Liverpool have beaten a host of big European clubs to the signing of Van den Berg - Bayern Munich, Sampdoria, Ajax and PSV Eindhoven were all interested in the young defender.

Van den Berg has revealed Liverpool's interest came as a surprise to him, admitting to Liverpool's official website: "I couldn't believe it, I thought it was a joke.

"I was really happy and, to be honest, I was a little bit scared at first because such a big club had interest in me.

"So, I was a little bit scared but eventually I was really excited."

After making Van den Berg their first signing of the summer, Liverpool insist that while they will be looking to develop him, he is not considered an 'academy' signing.

Van den Berg made his Eredivisie debut at the age of 16 in March 2018 and went on to make 15 league appearances for PEC Zwolle.

The defender has established himself in the Dutch youth side, starting each of their last three European U19 Championship qualifiers.

Van den Berg has described himself as "calm with the ball" and admitted he hopes to learn from Virgil van Dijk, as well as boss Jurgen Klopp.

"I am calm with the ball, I am quite quick and can run, but I came here especially to improve myself more," he said, when asked about his qualities. "I think this is the best place for me to grow and hopefully play a lot of games here.

"I was thinking about (the idea of) training with Virgil. For me he is the best defender in the world right now, so I can learn a lot from him.