Virgil van Dijk: Liverpool have nothing to lose in Premier League title race 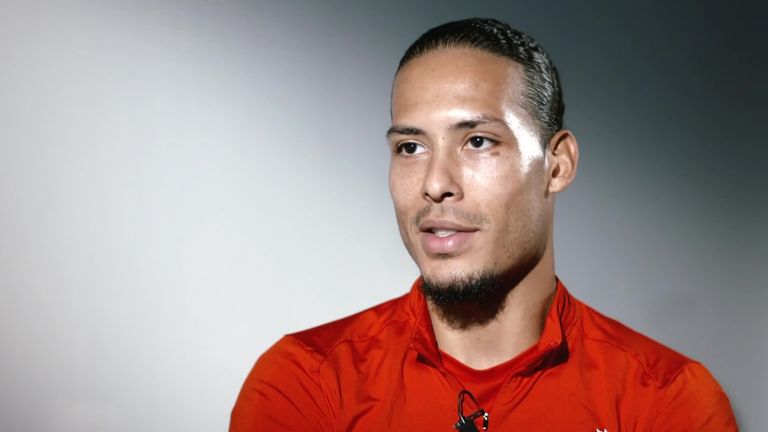 Virgil van Dijk looks ahead to Liverpool’s trip to Manchester United on Super Sunday and discusses how he deals with pressure and his role as a leader in the team.

Ahead of Liverpool's trip to Man Utd, live on Sky Sports, Virgil van Dijk sat down with Laura Woods to talk title race, the Old Trafford clash and himself as a player.

Liverpool will go into the game top of the Premier League table - eight points ahead of reigning champions, Manchester City - with some observers already touting them as this season's victors.

But Van Dijk has brushed aside the mounting expectation and pressure as Liverpool look to maintain the momentum from their Champions League title win.

In an exclusive interview with Woods ahead of Renault Super Sunday, the Netherlands international said: "I don't think we have anything to lose. Man City are the champions, they're defending their title and we want to get it. In my point of view, we just have to go for it. 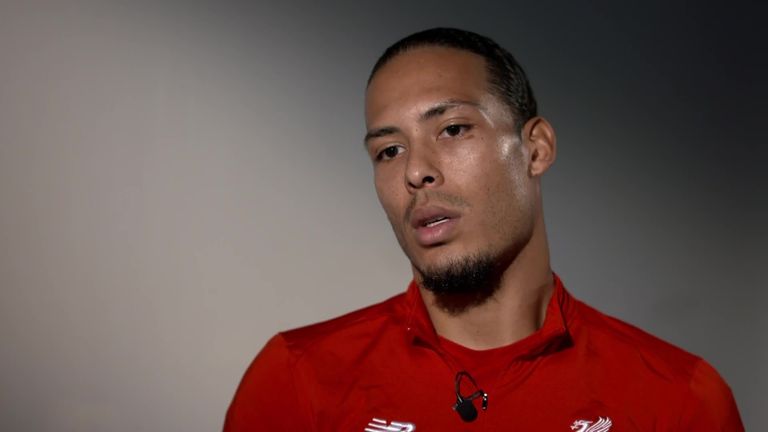 "The pressure gets bigger, but that comes from the media. They love to put more pressure on us and that's something we have to deal with. I don't mind because I'm not thinking about what other people say, I just want to win every game that is ahead of me.

"We definitely need to enjoy it [being top of the Premier League] and be full of confidence, especially with the way we've got these points, having not had the best games but still getting the wins.

"There are so many games left, you can't really think about it [winning the title] - it's not realistic. We shouldn't and we don't, but it's the better situation to be in.

"I don't watch Man City's games but I have family and friends who text me or say something, especially after the Wolves game [when City lost 2-0]. That's just part of life but we've learnt from last year that we don't have to look to the others until the end of the campaign. So far, we have been doing well but Man City are definitely not going away.

"The hunger [to win trophies] is even more than it was before [winning the Champions League]. Everyone wants to experience it again. It was such a fantastic evening with the whole build-up and everything that started with the game against Barcelona at home.

"We all have dreams, we all have targets. With the Champions League last year, we all started the competition hoping to win it and it's the same with the Premier League. Hopefully it'll happen this year but if not, we go again next year." Liverpool are already too far ahead of Manchester City to lose the Premier League title this season, according to former Reds goalkeeper Chris Kirkland

Liverpool have won all eight of their Premier League fixtures so far, but after a few close calls, there are still aspects to tweak as they aim for their first league title since 1990.

"There's definitely room for improvement - managing the games a bit better, sometimes teams are playing well against us and they want to beat us and they never give up. I'm thinking about Sheffield United when we played away, how tough it was there and big credit to them, they pushed us right to the end, created dangerous moments.

"There were times in the game when we had big chances but at the moment, we try to grind out those games as well and I think it's very important." 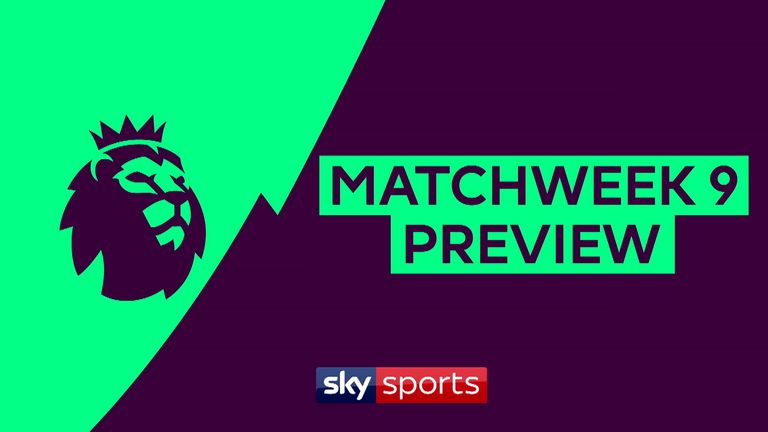 A look at some of the key stats surrounding this weekend's Premier League action, including Liverpool’s trip to Old Trafford and Sheffield United hosting Arsenal 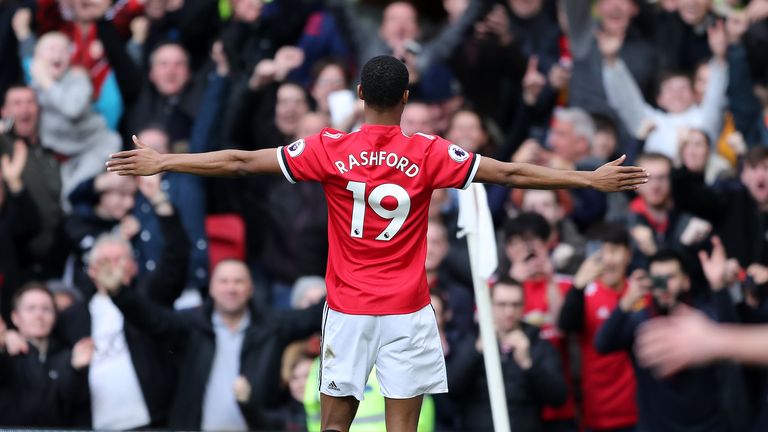 Ahead of the Super Sunday clash between Manchester United and Liverpool, we take a look back at some of the greatest goals between these two Premier League rivals

Sunday's game is one of the biggest in football as Liverpool travel to play Man Utd at Old Trafford, live on Sky Sports. Their old foes have struggled this season, currently in 12th with nine points - a whopping 15 points behind Liverpool.

Man Utd will be without goalkeeper David de Gea and midfielder Paul Pogba among a raft of injuries currently ravaging the team, but Van Dijk is focused on the Reds and not their opponents' preparations.

He said: "For them, it is not the ideal situation to lose your first-choice goalkeeper, one of the best in the world, and one of their main midfielders. They will be disappointed but for us, we just want to focus on ourselves.

"They want to bounce back for all they've done this season and it's not what they've wanted so far, but we want to go out there and extend our points tally and keep winning. "They're not in the best way, they're not fully confident and they're not in the situation they want to be in. But the good thing about football is you can bounce back in any game. They might think this is the best occasion to bounce back from it but we know that. We want to go out and fight for every metre on the pitch and try and take the three points back to Liverpool.

"It's massive, but it's more massive for the fans. I think all of the Champions League games are as big as this. The whole atmosphere and leading to the actual game is bigger than some other games but I don't think it's the biggest of the season. The big ones are the Champions League and the ones that are hopefully going to win us the Premier League title."

'I want to be involved in every game'

He has started in 60 of the 61 Premier League games he has played in for Liverpool and it reflects in Van Dijk's determined attitude.

"I want to be involved in every game," he added. "They're the most fun part of being a football player anyway, to go out there and show your talents to the world, try to win a game with a team you train with day in, day out. 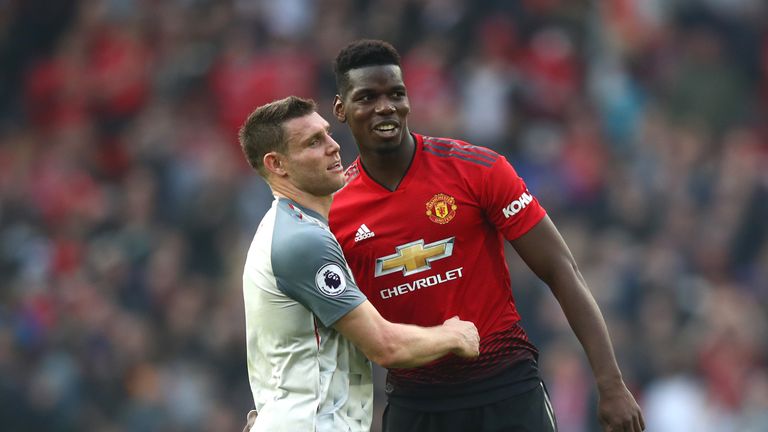 "It's not easy, you need to look after yourself and with the life we live, it's very important to leave a lot of things. For example, we play four games in the next 11 days, you're travelling and staying in hotels and you need to watch what you eat, drink and make sure you recover well.

"I'm not complaining, not at all, but you need to look after yourself because at the end of the day, the people are coming to the stadium to watch you play and it doesn't matter if you had a cold the day before, they want you to turn up on matchday.

"That's why it's very important to look after yourself and a big part of that is staying fit. Luckily, so far, I've been doing that pretty well and hopefully I can keep doing it. "My role is the same with or without the armband. I try to take responsibility because in my position, I have to and I want to as well. I tried to lead the boys from behind and most of the time, I have an overview of the whole pitch so I can try to shout to the front three, whether they hear it or not.

"Around me as well with the goalie, the full-backs, or the midfielders, I try to shout at them, whether it is nonsense or things that are necessary and need to be said. I think it is a very important thing in football to keep each other awake and alert. Sometimes they have to shout it to me as well and they will."

Follow the action from Old Trafford with our dedicated live blog or watch live coverage on Sky Sports Premier League from 3pm; Kick-off at 4.30pm. Highlights of the game will be published 15 minutes after full-time on the Sky Sports website and app plus the Sky Sports Football YouTube channel.