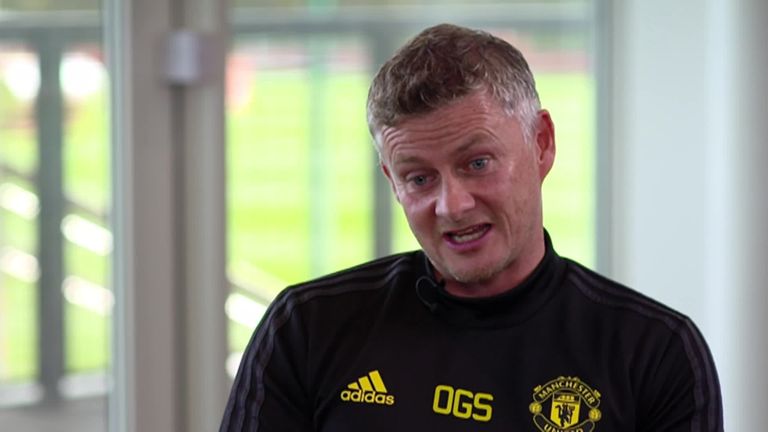 De Gea was forced off the field during Spain's European Qualifier with Sweden on Tuesday with an apparent groin injury.

"David needs a scan," United manager Ole Gunnar Solskjaer told Sky Sports. "I think he'll be out. It certainly looked like it anyway judging on last night so it's just one of those things."

De Gea's absence means Sergio Romero will make a first league start of the season with the Argentinian only featuring in the Europa League and Carabao Cup so far this campaign.

The Spaniard joins Pogba and Jesse Lingard on the sidelines with Solskjaer saying the pair had "no chance" of being fit.

Pogba has been sidelined for five of United's last seven games with an ongoing ankle issue, and after spending part of the international break working on his recuperation in Dubai, Solsjkaer revealed the France midfielder has suffered a setback.

The United boss added: "Paul had an injury, he came back, he worked really hard. He came back and played a couple of games, maybe played through the pain barrier.

"He had a scan after the Arsenal game and maybe needed a few weeks' rest in a boot so hopefully he won't be too long, but he won't make this game, no."

United have won just two of their opening eight league games and sit just two points above the drop zone in 12th place, and news of De Gea joining Pogba on the injury list will make finding the win to kick-start their season more complicated.

However, Anthony Martial, Luke Shaw and Aaron Wan-Bissaka are expected to push for returns after injury, with Solskjaer confirming: "I can't tell you 100 per cent [who] is going to be fit as something might happen.

"But hopefully Aaron and Anthony will last the training this week and be available for selection. If it's for half a game or 30 minutes I don't know but let's see where they're at."