Liverpool to play Red Bull Salzburg and Stuttgart in friendlies

The Reds schedule two friendly games before taking on Arsenal in the Community Shield on August 29; Jurgen Klopp pleased with his side's pre-season preparations

Liverpool have confirmed they will play two friendly matches, against Red Bull Salzburg and VfB Stuttgart, as part of their pre-season tour of Austria.

The 2019/20 Premier League title-winners have been undergoing a pre-season training camp on the outskirts of Salzburg this month, ahead of facing Arsenal in the Community Shield on August 29 at Wembley, in their first fixture of the new season.

Klopp has acknowledged the start to the 2020/21 season will be "tough", with their clash with the Gunners coming shortly after the two friendly tests.

He told Liverpool's official website: "From a timing point of view, the Community Shield is in the middle of the pre-season, if you want. 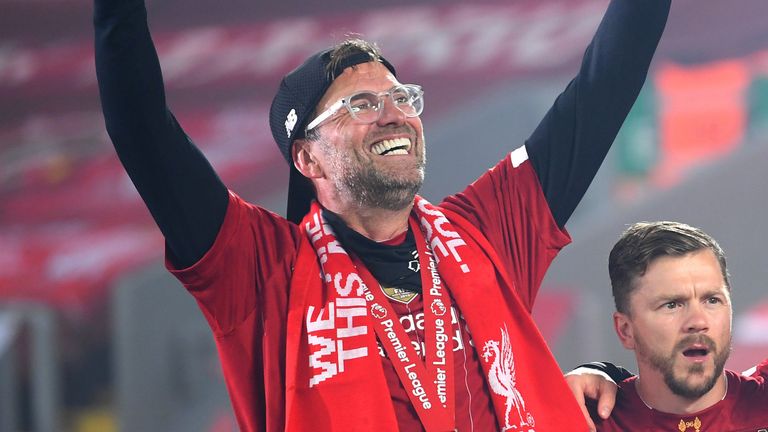 "How can we be [the finished article] after two weeks training again and stuff like this? But that's not important because both teams probably have the same situation, so it will be tough."

On organising the two friendly games, Klopp said: "Actually it's like we planned, how we all know, this camp pretty late, so we are really pleased that we found this calibre of opponent.

"The agency who helped us with organisation came up immediately with Stuttgart and said they are in the area so maybe we can make a game there.

"Training looks really, really good in the moment - this is actually what we expected, the boys didn't lose a lot from the physical abilities. So now [we] are in the middle of the preparation, all the tactical stuff already.

"So it looks really good in the moment and the two opponents are really good opponents, so that will be really tough. How it is always, you play these out of full training, so the boys have to fight, dig deep but I think they will do that."

Klopp, who was born in Stuttgart, was recently named Premier League Manager of the Season after guiding his team to their first English top-flight win in 30 years, with right-back Trent Alexander-Arnold also awarded the Young Player of the Season accolade.

Liverpool will begin their defence of the title in September, with the 2020/21 league campaign due to start on the 12th of next month, just six weeks after the conclusion of last season's games.

Meanwhile, as the start of next season looms for Liverpool, the club has been active in the transfer market, making the £11.75m acquisition of Olympiakos left-back Kostas Tsimikas after seeing a bid for Norwich City's Jamal Lewis rejected.

Bayern Munich midfielder Thiago also remains linked with a move to Anfield, while Neco Williams has signed a new long-term contract at the club.