Liverpool have confirmed Andy Robertson will undergo a scan on Monday to determine the extent of the ankle injury; Jurgen Klopp: "The pain settled already, but we cannot say anything further without further assessment. He has to get a scan and then we will know more"

Andy Robertson will undergo a scan on Monday after suffering an ankle injury in Liverpool's friendly against Athletic Bilbao on Sunday.

The Scotland international twisted his ankle during the 1-1 draw at Anfield, less than a week before Liverpool begin their Premier League season at Norwich next Saturday, live on Sky Sports.

Liverpool manager Jurgen Klopp must now wait to learn the severity of the injury to Robertson, who did not miss a single league match in the previous campaign.

"We obviously don't know in the moment how serious it is. It was pretty painful and that's why Andy went off," Klopp said.

Your support today was amazing! Thank you for all your messages, I’m positive but let’s see what tomorrow brings! #YNWA pic.twitter.com/tOFvWrvNgG

"You probably saw it on the TV pictures better than we did, but he got the ball, the ball on the front of his foot, [and] twisted the ankle.

"The pain settled already, but we cannot say anything further without further assessment tomorrow. He has to get a scan and then we will know more."

After the game, Robertson updated supporters in a post on Twitter, which read: "Your support today was amazing! Thank you for all your messages, I'm positive but let's see what tomorrow brings! #YNWA" 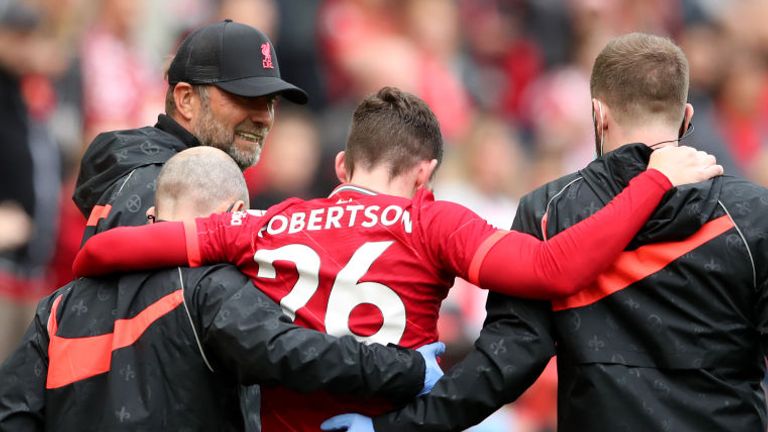 Diogo Jota was on target as Liverpool drew their penultimate pre-season friendly, producing a fine finish in the box on 13 minutes to get the Reds up and running.

Alex Berenguer equalised for Athletic Bilbao on 53 minutes and while Liverpool were not as dominant after the break, they hit the woodwork when the impressive Harvey Elliott bent a left-foot shot against the far post, and looked in good shape ahead of their Premier League opener at Norwich next Saturday, which is live on Sky Sports. 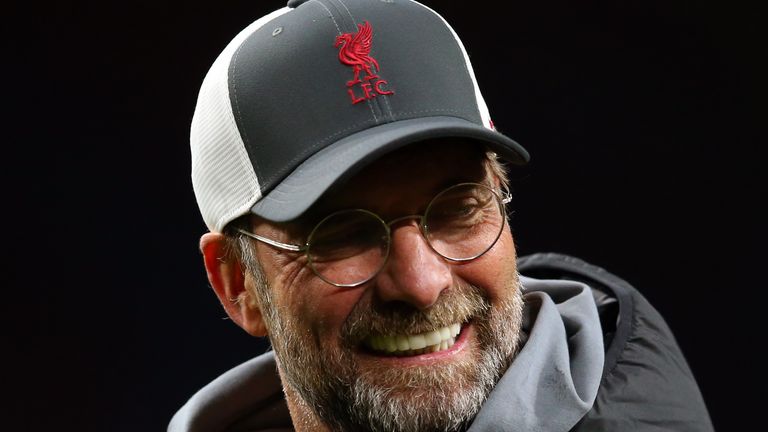 Klopp says the club 'might' do some transfer business before this summer's window closes.

Liverpool have been relatively quiet in this transfer window, compared to their title rivals, only bringing in Ibrahima Konate from German side RB Leipzig to bolster their defensive options.

But Klopp says there could yet be more incoming at Anfield this summer before the window slams shut at the end of the month.

Klopp: "I am very happy with the squad I have. You can't sign counter-pressing, the atmosphere, our anthem... There are different approaches out there, but we have no influence on that.

"There might still be something happening before the end of the transfer window."

Could Harvey Elliott have a role to play this season?

Liverpool youngster Harvey Elliott, who spent last season on loan at Blackburn in the Championship, appears to have made an impression on Klopp during pre-season and could have a role to play this season in midfield.

When he was signed in 2019 following the expiry of his contract at Fulham, Elliott arrived as a forward but Klopp has been experimenting with the 18-year-old in a deeper role.

Klopp: "We have a new midfielder in our squad in Harvey Elliott. We have players who can make a big step. We are not blind. We see what others are doing. We just have to be able to beat them. We will try to do that.

"Harvey can play different positions. In pre-season, we wanted to see him in a deeper role.

"He's made a big step in the pre-season. If he stays fit then the football world can be really excited about that. I really liked his performance and attitude in pre-season."