Arsenal's problems mounting up for Unai Emery: What's the solution?

Paul Merson - No urgency, no creativity, no surprise 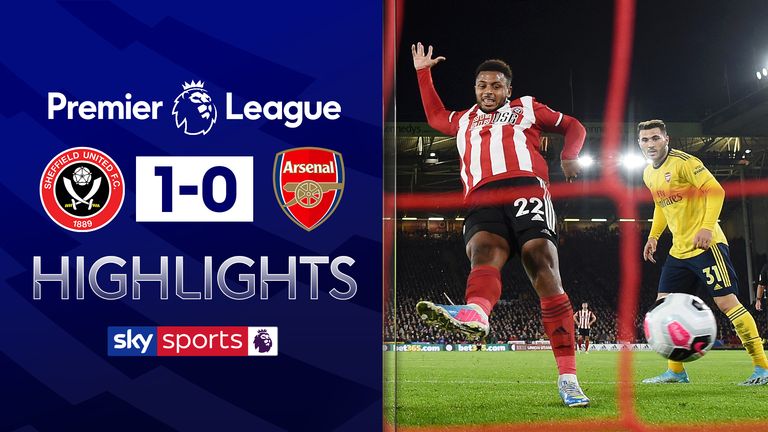 The defeat to Sheffield United was normal, wasn't it? I don't know what anybody expected. This is Arsenal now. It's just lacklustre. There's no urgency.

People say they wouldn't know if this was Arsene Wenger's team. I don't know about that, because defensively they looked comfortable. David Luiz just played in first gear. But going forward, they've got no guile.

It looked like Chris Wilder knew exactly what he wanted from his side. But with Arsenal and Unai Emery, it was almost like: 'See you at half-time and full-time.'

I kept thinking: 'What would this Arsenal side look like if Chris Wilder was in charge?'

It's accepted. Nobody is going to work the next morning and saying: 'Oh my God, did you see Arsenal getting beat by Sheffield United?' Those days are gone. It's accepted through the club, the fans, the manager, everyone.

Sheffield United played as much football as Arsenal. They didn't kick them off the pitch.

There's nobody in that midfield who can open up a can. No matter how bad Arsenal are, everybody will come and sit 10 behind the ball against Arsenal, bar a couple of the big boys. Therefore you need special players in midfield to open things up. They haven't got that pass, that eye-of-the-needle pass.

Even at the end, with four minutes to go, I'm thinking: 'Do they know how long is left?' I'm sure there's an electric clock at Sheffield United, there was when I played there! 'Is there going to be a bit of urgency?'

It was rolled along the back, back to the goalkeeper, and then back again. I thought there were 20 minutes to go!

Overall, it was poor. This was a very difficult game, but there are ways to lose football matches, and this wasn't it. I didn't see the urgency, and I can't imagine anyone in that dressing room going ballistic. It's just accepted: 'Who have we got next week?' It drives me up the wall. It's so frustrating.

Alan Smith - There's no gameplan and now, no optimism 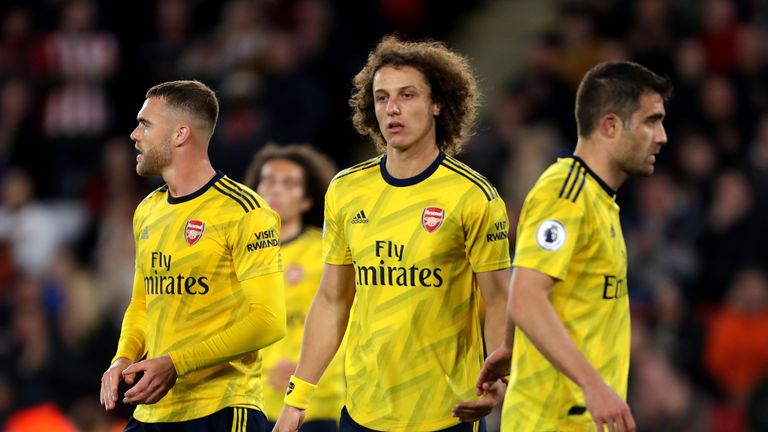 It's difficult to say where they're heading, because you can't see a style of play, a game plan. They haven't really got a DNA in the way they had under Arsene Wenger. I'd have expected to have seen that by now under Emery.

They work harder, the stats say that, but they don't press as well as I thought they would. I thought they'd make it much harder for the opposition when they have the ball.

It boils down to the fact they just concede far too many chances to the opposition.

The shots conceded on goal, the number of chances, it's just too much. The number of goals they conceded away from home last year was just too high and I don't think that's going to change this year.

That's worrying - the fact Emery is unable to make a difference.

I think it's difficult for Arsenal fans watching on to see where things are heading. The optimism from when he took over has vanished really, which is disappointing.

He's got some new players in, he's got some of the younger lads through, so it's a bit of a different side to the one Wenger had. And of course, it is difficult changing things after 22 years but you'd have hoped to have seen some signs by now.

It's difficult for Arsenal fans watching on to see where things are heading. The optimism from when he took over has vanished.

You look at the table and Arsenal are still in a good position, and with the way Spurs and Manchester United are, it's a great chance to finish in the top four. If they don't this season, then there are a lot of questions to answer and you'd imagine he wouldn't be around next season.

They are going to have to sort themselves out and get some results because the opening is there. Chelsea under Frank Lampard have sorted themselves out, he's getting his ideas across. I know it's a different situation but you've got a new manager there who has adopted a style of play he likes, but you just can't see that with Emery.

When they haven't got the ball, they look at sixes and sevens at times. Hopefully, they can become a little more resilient and stop giving the opposition encouragement. It's that ability to shut the opposition out - they've got to try to introduce that to their game.

You always need better players - and central midfield might be one area they look at in January - but it's that organisation and getting things across on the training ground and becoming a tough nut to crack, which Arsenal haven't been for a long time, that Emery needs to focus on.

It was painful watching Arsenal in that first 10 minutes against Sheffield United. You knew what was coming. They never start with high energy. They always seem to be feeling their way into the game, with the excuse now that the youngsters are playing. They're normally the most enthusiastic!

I like Unai Emery - but he's getting a lot of things wrong in terms of team selection and making some strange substitutions. The balance is not right at the moment. There's no team pattern to Arsenal and that's after more than a season with Emery in charge.

It was so easy for Sheffield United to defend against them. No one ran in behind, they didn't move the three centre-backs around; they were so predictable. Yes, you can say that Nicolas Pepe chance might change the game, but other than that, I didn't see Arsenal scoring. 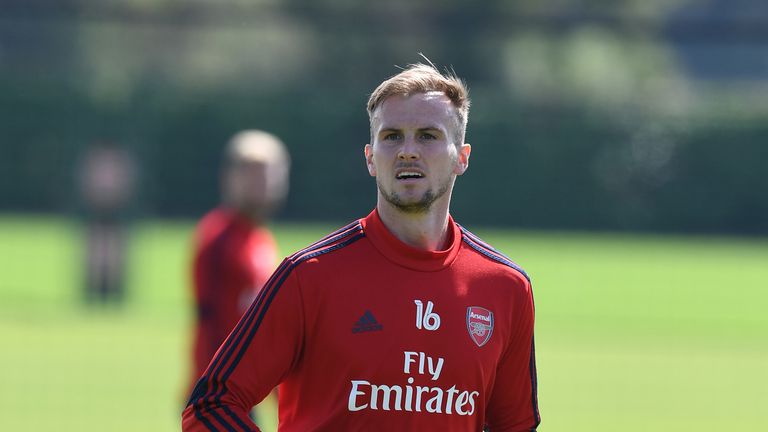 Arsenal defender Rob Holding says he is not fazed by criticism from Patrice Evra, who called the Gunners 'babies' after their defeat to Sheffield United

They still have a soft belly, too. If you get in their face and get at them, they don't like it. Sheffield United had energy and drive; not one of their players looks at the manager and says they can't give him another ounce.

I'm still not sure what Emery is trying to do. They've not moved forward since he's come in and we've spent a fair amount of money. David Luiz was relatively cheap and, on his day, is the best passer at the back, but him and Sokratis are not a partnership. I don't think Rob Holding is the answer long-term - I'd like to see another centre-back in January - but if he's fit, I'd play him. I feel at the moment for the goalkeeper, who's getting no protection.

I'm not a fan of Granit Xhaka. I know he's the club captain but I don't think he's a leader. The partnership in midfield - it was Xhaka and Matteo Guendouzi against the Blades - neither protects the defence nor dominates passing.

Kieran Tierney and Hector Bellerin are the two best full-backs at the club - he has to play them. I interviewed Emery just over a year ago and he said his focus was on trying to copy Liverpool. Well, get your best full-backs in and get them high up the pitch.

A lot of the time, even when Alexandre Lacazette is fit, he doesn't play him because he says Pierre-Emerick Aubameyang prefers to play through the middle. But Aubameyang actually plays better for the team when he's slightly coming in, in behind Lacazette because it gives you the ball in over the top. They rely on the obscene amount of goals that Aubameyang scores playing in an average team; they need to play him with Lacazette.

Pepe, Lacazette and Aubameyang is a very good front three. Add Ceballos in behind, and you've got creativity, pace and link-up.