Potential deal for Mari includes £4m initial loan fee plus £8m payment if Arsenal take up option of permanent transfer; Flamengo thank defender for his service and say it is "time to say goodbye"

Arsenal are close to agreeing a deal worth up to £12m with Flamengo for defender Pablo Mari on an initial loan with an option to buy.

Sky Sports News reported a deal was hanging "in the balance" on Monday but a breakthrough in talks has increased confidence a deal can be done.

It is believed Arsenal amended the structure of the deal after a Flamengo director claimed they had changed the terms.

Arsenal have proposed a £4m initial loan fee to sign the 26-year-old until the end of the season with a further £8m option to make the transfer permanent in the summer.

The Spaniard was in London last weekend but returned to Brazil at the beginning of this week to resume pre-season training at Flamengo. He is expected back in the UK imminently to finalise his move.

If they do manage to conclude the deal, he would become Mikel Arteta's first signing since taking over as Arsenal head coach in December.

Flamengo have already thanked Mari for his contribution to their Copa Libertadores and Brazilian Serie A triumphs last season and said "the time has come to say goodbye" on social media. 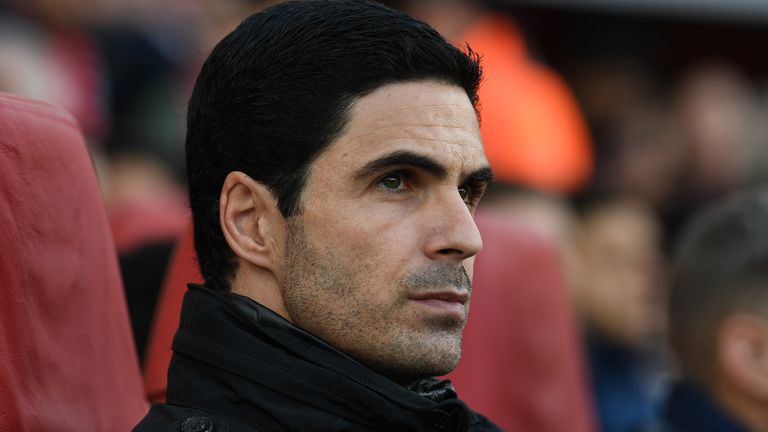 Arteta says Arsenal's urgency to complete the signing of Mari has not been forced by the recent injury to defender Shkodran Mustafi - who escaped long-term ankle ligament damage.

The Good Morning Transfers team discuss the possibility of Pierre-Emerick Aubameyang moving to Barcelona in the January transfer window.