Watch Manchester City vs Arsenal live on Sky Sports on Wednesday June 17 at 8.15pm; Sky Sports will show 64 matches - 39 exclusive to subscribers and an extra 25 on Sky's free-to-air channel 'Pick' 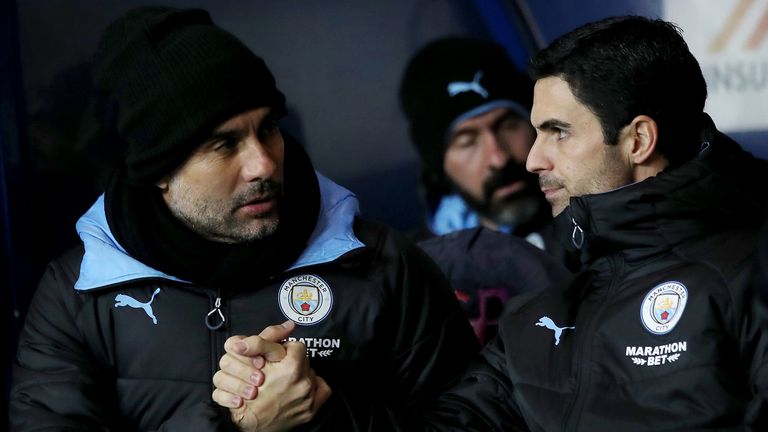 Arsenal boss Mikel Arteta says taking Arsenal to face his former employers Manchester City will be a "strange" occasion, but is hopeful of taking advantage of an empty Etihad stadium.

The Gunners' first game back, which features in a double-header on Sky Sports on June 17, sees Arteta meet former boss Pep Guardiola for the first time since leaving City to take the reins at the Emirates.

Arteta spent four years on the coaching staff at City, after retiring there as a player in 2016.

Arteta told The Football Show: "It is going to be strange, I can't deny that. I know everybody there and spent four magnificent years with those players and staff. 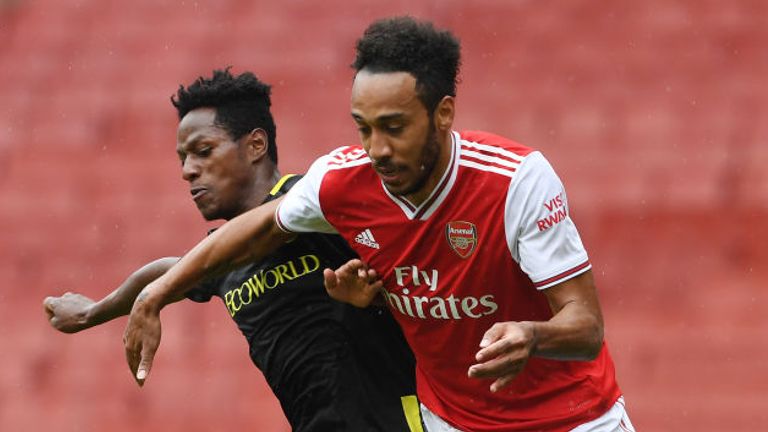 "I am really excited as well, I can't wait to start competing again and doing what we love most which is to play football.

"It is going to be very special for me and I am looking forward to it."

Arsenal's next four matches in all competitions are away from home, but will be played without spectators due to a ban on mass gatherings during the coronavirus pandemic.

The absence of supporters appears to have lessened home advantage since the restart of action in the Bundesliga - only 21.7 per cent of matches have been won by home teams, down from 43.3 per cent before the shutdown of play in March - and Arteta is hoping that can help his side in the coming weeks.

"We have got a good measure with what is happening in the Bundesliga at the moment," Arteta said. "I hope it is going to help.

"Football is about passion and energy and when you lose that, it is balanced much more.

"But, I know how strong they are and what they are able to do if they are all switched on so we have to be well prepared to go there and win the game.

"It better be right that playing away is an advantage because we are away four times in a row."

Arsenal's preparations for the league's restart have been mixed. They thrashed Charlton 6-1 in a friendly but followed that up with a 3-2 loss to Brentford.

"We are trying different things and give minutes to all the players," Arteta explained.

"We're getting adapted to playing in an empty stadium as well and not getting that energy from the fans."

The biggest challenge for Arteta during the break has been staying in touch with his squad.

The Spaniard revealed he and his staff have made extra efforts to get to know the players better and hopes there will be more togetherness in the group.

"With the players, the most important is their mental health, that's vital," Arteta said. "They have their routines and they're used to being around people and this is a different situation.

"I have spent a lot of time trying to get to know them better and treat them individually and make sure they are getting looked after."