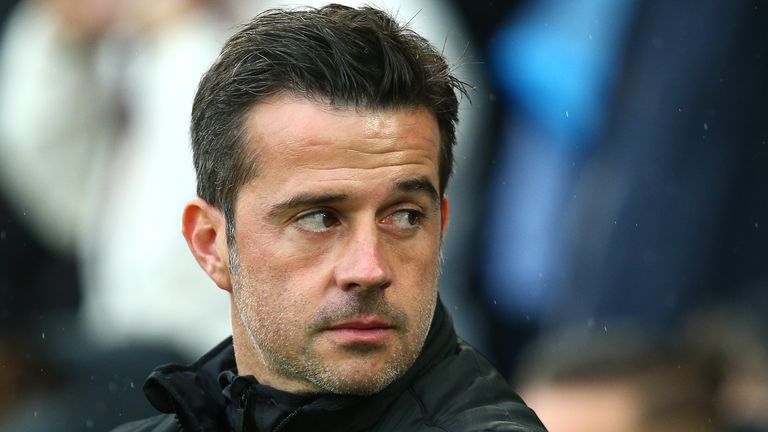 Marco Silva is keen to return to the Premier League and he is confident his past experiences with Everton, Watford and Hull City have made him a better manager

Marco Silva wants to return to manage in the Premier League above all others but insists he will wait for the right club.

The Portuguese was sacked as head coach of Everton last December after a difficult start to the season left them short of their targets, but he is now keen to return to work in whatever form football takes after the coronavirus pandemic.

Silva insists he is a better manager now because of his experience at Goodison Park, after having time to reflect on what happened during his 19 months at the club - especially during the pandemic lockdown.

"No doubts it is my aim to manage in the Premier League, " he said in an exclusive interview with Sky Sports News.

"We have many things to keep proving in the Premier League and it is something I'm looking for in my future. I don't know if it will be soon or not, but of course it's my aim.

"I am preparing for the right one. That doesn't mean it has to just be in the Premier League. I have targets to manage in different leagues as well. I am not desperate to go for anywhere.

"This lockdown stopped the world a little bit and you have to look at life, which is becoming the right way step-by-step, and football too.

"There is no doubts I am a better manager now. I remember when I joined the first club in the Premier League what I had to prove in that moment. I took a risk with Hull because the club was not I the best position in the table.

"But it was a fantastic period for me. And when I go again, I have to prove again - because you have to prove yourself every day in football. For sure I have to be a better manager now."

Although he respects Everton's decision to let him go, with a club aiming for the European places suffering in 18th place following a 5-2 defeat to rivals Liverpool, the 42-year-old Silva believes he and his team were hard done by within fine margins. 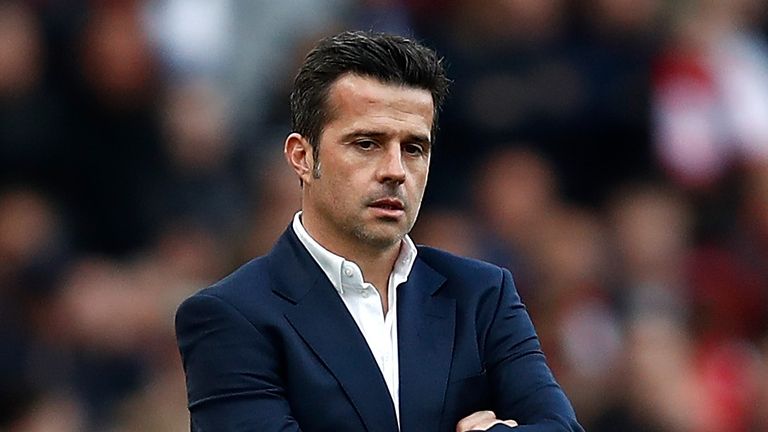 "I've had a lot of time to reflect on everything," he said. "When I left it was a tough decision for everyone. I had the confidence with my staff and the players that we will get things again for us. But I have to respect it was made. The position in the table was not good.

"In football, many of the decisions we have to make in the moment, and then you can look to analyse the game and if you had to do something different. But football is in the moment and you have to prepare your team for the next game.

"The market was difficult for us because we had a tough market the season before. We did fantastic, the way we finish, and I said it would be key for us to get stronger this season and the season after. It was a key situation but it was a difficult market for us. We signed young players again, and most of them came in the last week of the market. It's always difficult It's not to find excuses but we have to be open.

"We had tough moments in which we were not lucky at all. We scored three own goals in that period. I believe myself and the staff worked really hard and gave our maximum but sometimes things don't go the way we wanted. The Brighton and the Tottenham games especially was very strange what happened on the pitch.

"But after we had moments we didn't play the way we wanted and as manager I have to take responsibility."

The Premier League 2019/20 season will restart on Wednesday, June 17 and Sky, the UK's leading football broadcaster, will make 25 games available 'free to air' - including Everton vs Liverpool on the first full weekend back - for everyone in the UK to enjoy.