Joao Sacramento: Jose Mourinho's new No 2 at Tottenham Hotspur is a coaching prodigy shaped in Wales

Joao Sacramento, 30, has been known to Jose Mourinho since he was a student and joins him at Tottenham having already worked with Marcelo Bielsa, Leonardo Jardim and Claudio Ranieri

For anyone who still needs some convincing that Jose Mourinho really is a new man with new ideas, that he really has learned from his past mistakes and updated his approach accordingly, the best source of encouragement can be found sitting alongside him in the dugout.

At 30, Joao Sacramento, his new assistant manager at Tottenham, is the youngest of his kind in the Premier League - younger, even, than some of the players he is now helping to oversee. But he brings fresh impetus to a revamped backroom team and comes with a burgeoning reputation too.

Most recently, he worked under Christophe Galtier and Marcelo Bielsa at Lille either side of a spell as the club's caretaker manager. Before that he was at Monaco, working first under Claudio Ranieri, then under Leonardo Jardim. It's not a bad CV for a young coach with no playing history.

Like his new boss, who started out as a translator for Sir Bobby Robson, Sacramento had an unusual route into the profession, accepting he would not make it as a player and leaving his native Portugal to begin a specialist football degree at the University of Glamorgan based in Treforest, a sleepy Welsh town half-an-hour's drive from Cardiff, when he was still a teenager.

It was during his undergraduate studies in those unlikely surroundings that he first popped up on Mourinho's radar.

"His connection with Jose Mourinho began with a piece of work he did here," Steve Savage, the head of sport at what is now known as the University of South Wales, tells Sky Sports.

"Joao had done an analysis of Jose's work - his philosophy, his view on the game, his use of the concept of tactical periodisation - and sent it over to him, saying he loved what he was doing. Jose could clearly see that the kid knew his stuff because he responded. So that was their first contact."

Mourinho was already a two-time Champions League winner at that point, and Sacramento had lofty ambitions of his own. It took some work to persuade his parents that going to Wales to study football was a sensible move, but Sacramento was certain about where he wanted to end up.

"When he arrived nine or 10 years ago, he said to us that he would go on to work for a Champions League club," says Savage. "That was his ambition and he had planned it all out. Joao was very determined - that is one of his biggest traits. He has got a phenomenal work ethic and he was completely focused on making that happen."

Sacramento's work ethic helped him overcome the language barrier during those early years in Wales - he now speaks fluent English as well as Portuguese, Spanish and French - but his flair for coaching and analysis is what enabled him to fulfil his Champions League ambition within a decade - first at Monaco and Lille, and now with Mourinho at Spurs.

His attention to detail is frightening. He'll sit and work tirelessly to find flaws in opposition systems, sometimes working 16 or 20 hours to find any opportunity he can to win games

It was as an opposition analyst that Sacramento got his big break at Monaco, where he was head-hunted by sporting director Luis Campos, who later took him to Lille, but his first steps into professional football came with placements at Cardiff, where he was a scout and academy coach, and the Welsh FA, where he fulfilled similar duties under Gary Speed.

Before that, though, Sacramento was schlepping across the UK to compile scouting reports on university teams. Football, for him, was an obsession. An old personal blog, which features forensic analysis of Pep Guardiola's Barcelona as well as Benfica under Jorge Jesus, is more evidence of what Savage describes as a "huge appetite" for the game.

"Joao would go and watch sides like Stirling, Loughborough and Durham for us, compiling reports on their strengths and weaknesses and figuring out how our team at USW [University of South Wales] could beat them," he says. "It clearly worked because we eventually got up to the top division and won it.

"It was always quite clear that he had a real understanding of the game. His attention to detail is frightening. His opposition analysis, his analysis of how teams play and what's needed to break them down. He'll sit and work tirelessly to find flaws in opposition systems, sometimes working 16 or 20 hours to find any opportunity he can to win games."

That dedication is familiar to David Adams, Sacramento's lecturer and mentor throughout his time at university and someone he has since described as his "football father".

Adams, who is now technical director of the Welsh FA following a four-year spell in charge of Swansea's academy, even appointed Sacramento as a technical demonstrator at the university - essentially an assistant lecturer - after he completed his masters there.

"I didn't want to lose him," Adams tells Sky Sports. "I thought, 'what's going to happen to this lad if he goes back to Portugal?' I decided to give him that job and he was massively valuable. He was teaching first and second-year students coaching modules when he was still only 22 or 23.

"He was one of the most engaging and enthusiastic students I've ever met. He had no interest in the social side or life experience part of being at university, he was just totally motivated to be successful. He would go out of his way to do anything and everything to improve.

"When other students were out on the town during the week, he would be at a local club or at Cardiff's academy, out on the AstroTurf coaching the kids in freezing conditions in the middle of winter until 10pm. Sometimes he would just be observing other coaches. He had a totally different mindset and mentality to what you would classify as a typical student."

Sacramento received first-class grades throughout his studies, but what most impressed Adams was how he transferred his analysis to training. His ability to devise bespoke exercises and recreate in-game scenarios is something Galtier loved about him at Lille, but it started in Wales, where he directed fellow students on the pitch as well as in the classroom. 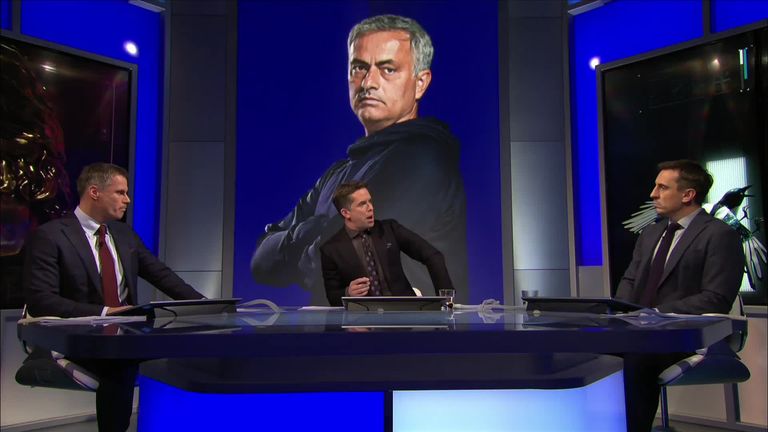 "You can train as an analyst, but you've got to understand the game and I think that's Joao's biggest strength," says Adams. "He has incredible knowledge and he knows how to relate his analysis to the game itself. By starting coaching as early as he did, he was able to align those two things, to use the analysis to design meaningful practices and exercises."

Just as importantly, Sacramento never had any problems commanding a room and was always able to get his message across clearly and concisely.

"Football can be a difficult and challenging environment, so you've got to command respect," says Savage. "Joao always had a presence about him, and he backed it up with an ability to communicate exactly what he wanted from his players. You can be a good coach, but if you can't get your message across, you're going to struggle. Joao could do both sides of it."

Adams adds: "He never had any issue with that side of it. He didn't see age as a barrier and he had the full respect of his peers because he was thoughtful, meticulous and player-sensitive. Ultimately, as long as you deliver with a high level of knowledge and understanding and the players can see you're helping them, they will respect you."

Sacramento's rise has been extraordinarily quick since leaving Wales for France in 2014, but it has not always been straight-forward. Most notably, there was Bielsa's brief spell in charge at Lille, during which he had to accept reduced responsibilities and adapt to a unique way of working.

He didn't see age as a barrier and he had the full respect of his peers because he was thoughtful, meticulous and player-sensitive

"He found that period extremely challenging because Bielsa has got a very concentrated way of working," says Adams. "Joao was working every hour under the sun and getting up very early in the morning to set up Bielsa's activities to the millimetre. It was difficult, but I know he learned a great deal as well. It was valuable to see another way of doing things."

To Mourinho, though, it is Sacramento's long-standing understanding and application of tactical periodisation - a training methodology devised by Portuguese academic Vitor Frade - that ultimately made him such a good fit to replace his previous assistant Rui Faria - who quit working with Mourinho seven months before his sacking by Manchester United.

How a man called Vitor Frade influenced Jose Mourinho and the future of football coaching.

"Joao studied that methodology in quite a lot of detail at university," says Adams. "It is something we both believe in advocating, which is probably why we have such a good relationship. 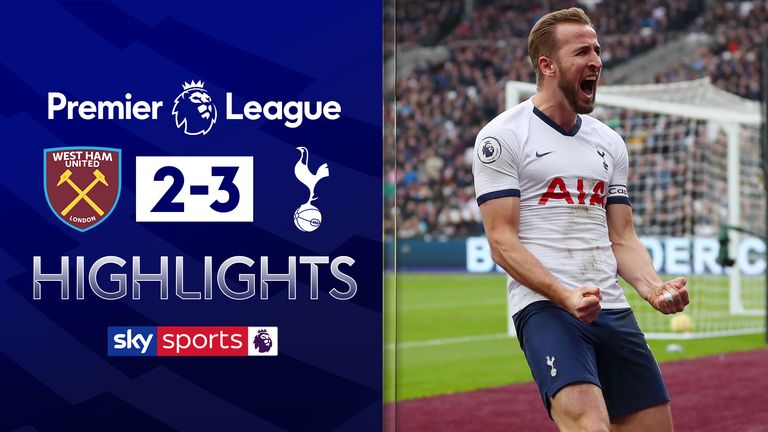 FREE TO WATCH: Highlights from Tottenham's win at West Ham

"Joao followed Swansea at that time under Brendan Rodgers, who applied tactical periodisation there after picking it up from Mourinho at Chelsea, and now, around eight years later, I'm sure it's a big factor in why Mourinho has decided to add Joao to his staff at Spurs."

Adams is "massively proud" of all Sacramento has achieved since those formative years in Wales and believes he has "all the tools" to go on and become a No 1 in the future, but he is not surprised.

"A lot of people might think it's impossible to reach that level at that age having not played the game, but Joao - as well as being extremely bright - always had the mentality to do everything he could to give himself the best possible opportunity. He's got the right level of enthusiasm and motivation and he has been willing to make sacrifices."

"We're immensely proud to have him as one of our alumni," adds Savage. "He's humble and hard-working and he's such a nice guy as well. I rang him up the other day and he still calls me 'gaffer'. But he's got another gaffer now and I know he won't let him down. I'm absolutely convinced of that."